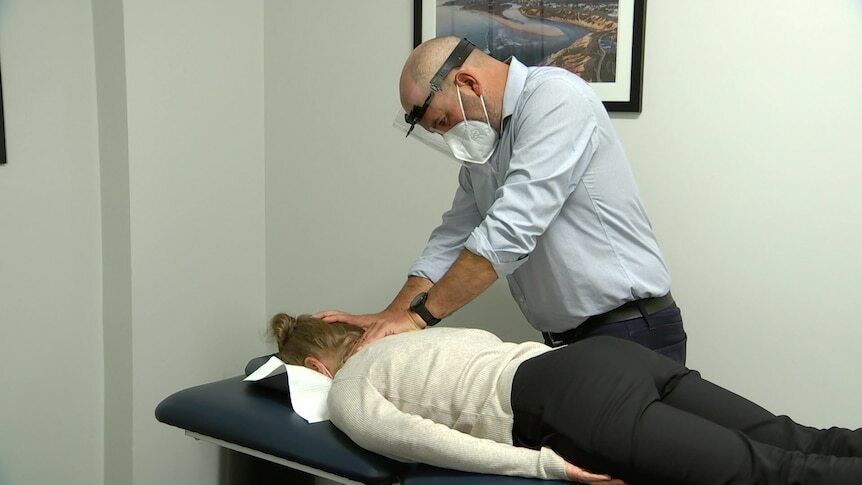 As South Australia opens its eastern borders to double-vaccinated travellers, many businesses are frustrated that the buck will stop with them when it comes to vaccine mandates, while others are just desperate for more clarity.

For other industries, the decision on whether to mandate their workers and customers be vaccinated remains up to the owner.

David Armstrong from Goodwood Quality Meats said the government needed to provide business owners with more clarity around mandates and what would happen if there were outbreaks.

"When it comes to employees and if COVID comes into our business — I've done a lot of research into it, and I don't seem to be able to find a clear-cut answer to the issues we have in front of us," Mr Armstrong said.

"If COVID comes into the business via an employee, then we've got to potentially close down for two weeks for deep cleaning.

"However, if everyone is double-vaxxed, we trade as per normal.

Unley Physiotherapy owner Greg Rosenbauer made the decision to require all clients aged over 12 years of age to show evidence that they had been double-vaccinated.

"We want, first and foremost, to protect the health of all of our clients and all of our staff," he said.

But Mr Rosenbauer said he also wanted to find a way to continue to support unvaccinated clients.

"We will look to discuss, one-on-one with them, how we can best continue to help them, whether that be via telehealth or out-of-hours appointments … or it may be [that] a home-visit situation might be the best way that we can support them," he said.

Mr Rosenbauer said he had spoken with other physiotherapy clinic owners around Adelaide and they all have a "different opinion" on how to best meet the directive requirements.

"It is a little bit difficult for us, particularly for a profession like ours when you are often in a small room with someone for an extended period of time," he said.

"That's where it becomes very difficult for us to see unvaccinated clients in the clinic, because we really can't minimise the risk to us being deemed close contacts."

St Andrew's Hospital in Adelaide has banned all unvaccinated visitors — even those who are aged under 12 years, who are ineligible for vaccination — unless there are exceptional circumstances.

Point-to-point taxi drivers, rideshare operators and chauffeurs must have had at least one dose of a COVID-19 vaccine by Thursday and have made a booking for a second.

Other passenger transport drivers must have had at least one dose by December 12.

"We are aware of the fact that they will be collecting international arrivals from the airport and taking them to their place of quarantine and they will also be collecting vulnerable people who rely heavily on that service to attend doctor's appointments, supermarkets and other essential services," SA Police Commissioner Grant Stevens said yesterday.

The Transport Workers Union has requested an urgent meeting with the state government over the mandate.

Ian Smith, the union's national president and SA branch secretary, said there had been a lack of consultation and the government should pay drivers if they needed time off to get vaccinated.

"It's good. I'm fully vaccinated. I've done everything. I think everything will be fine," he said.

The police commissioner has flagged that other industries could also be affected by vaccine mandates.

"I am aware that there are some specific groups that are being considered for mandatory vaccinations, based on the critical nature of the services they provide," Commissioner Stevens said.

However for now, Commissioner Stevens said, it remained up to business operators to decide who they were "prepared to accept as patrons".

Some industries, including the hospitality and arts sectors, want the state government to extend vaccine mandates to their workers.

However, Premier Steven Marshall has ruled out a blanket approach.

"The reality is that some people who want government to take the responsibility of making everything mandatory," Mr Marshall said.

"There are plenty of other employees who want us not to do that.

"There are skill shortages in some sectors at the moment. If we made it mandatory for all workers in South Australia, we would lose employment, we would lose those skills and, in many sectors, this would undermine their capacity to trade."