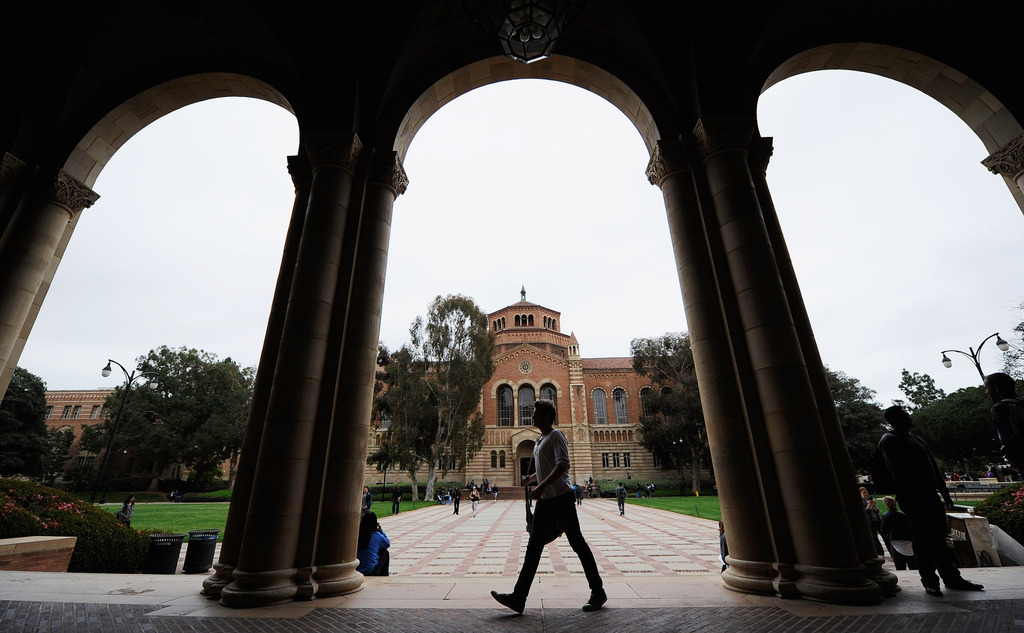 Roll Call
Where does student loan forgiveness stand? Borrowers wait anxiously on Biden
Kayla Camacho was halfway through her master’s degree when federal student loan payments were paused in March 2020.

Daily charges for high-polluting vehicles coming into the city centre were due to start in July, but have been put…

Chronicle Live
One subscription that gives you access to news from hundreds of sites
Biden’s rural challenge: turning flood of aid into results on the ground 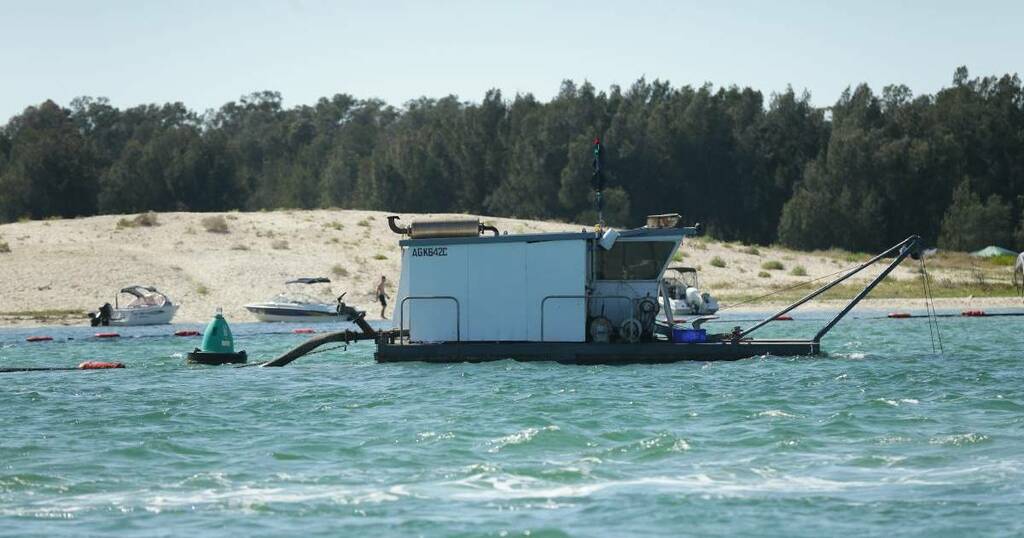 Jaja Chen and her husband Devin Li were elated when they signed a lease for their new bubble tea shop, Cha Community. Both Asian-American immigrants (her from Taiwan, him from China), they said it was a struggle to find authentic Asian food in their new home of Waco, Texas. So they eventually decided to host a pop-up at a farmer’s market. Later, they moved on to a food truck. Finally, they opened an actual brick-and-mortar storefront where they could serve customers tea and dumplings.

Chen signed the lease and got on a plane the next day to visit family in Taiwan. While there, she began to hear “inklings of COVID.” A few months later, with the couple back in Waco readying their grand opening, pandemic shutdowns hit. Cha Community remained shut for another two months. All told, they lost about $20,000 right off the bat.

At the time, Chen decided to apply for emergency aid under a bevy of new programs being offered by the U.S. Small Business Administration. The couple applied for both a 3.75% fixed-interest loan under the Economic Injury Disaster Loan program as well as a $10,000 advance grant, getting their application in a day before it opened to the public on March 20, 2020.

After two weeks passed, they checked in with the SBA and were told the advance grant was coming, Chen said. She said they had also been approved for a $20,000 loan, but turned it down since the grant was supposedly on its way. But more than two years later, the grant still hasn’t arrived. “To this day, we have no idea what happened,” Chen said.

And now the SBA says funding for the program is likely to run out in the next few days.

As part of the federal government’s initial response to COVID-19 and the sudden stop experienced by the U.S. economy during the first lockdown, the SBA was tasked with rolling out relief for businesses of many sizes. The EIDL program actually predated the pandemic, albeit on a much smaller scale (it disbursed $3.6 billion in disaster loans in 2018 compared to more than $369 billion over the past few years).

The agency quickly ran into problems, said Brian Pifer, vice president of programs and research at the Small Business Majority. The pandemic required “a huge ramp up for the agency on a national scale,” he said. The agency had “a capacity and staffing issue” so small businesses “just kind of fell through the cracks.”

In a statement, the SBA didn’t address complaints by small business owners who say they never received a determination on loan or grant applications. The agency said it increased capacity for processing pandemic-related EIDL loans and accelerated the rate at which application decisions were made. The agency also said that a backlog of more than 600,000 loan increase applications has been cleared.

“Although Congressional appropriations for the COVID EIDL program will soon be exhausted, SBA will continue to help our small business owners navigate this challenging transition by utilizing our existing resources,” the agency said. The agency said would-be borrowers in the process of completing applications have until May 16 to complete any documentation or signature requirements on the portal, while existing borrowers have until then to download their files.

What the end of the program means for those applicants who say they’ve been waiting for months and years remains unclear. But Pifer contends “there’s definitely livelihoods hanging in the balance.”

Chen did eventually get a $7,500 loan under the Paycheck Protection Program, but it wasn’t enough to avoid a financial crisis. She and her husband were forced to open a line of credit with a local bank and maxed out their personal credit cards. They also had to lay off a full-time employee, which in turn slowed their business growth and put a strain on remaining workers.

“None of that would have happened” if we received the grant, Chen said. “If we had all the different federal aid we could have qualified for and gotten it in a timely fashion, we would not be in debt right now.”

Some applicants who had waited for months or years did eventually get a decision.

Tabota Seyon owns InfusedLife, a vegan café and boutique in Minneapolis that included spaces for women of color to sell their products. She opened the doors in January 2020. By summer, when she reopened following lockdown, Seyon struggled to attract customers. The city was roiled by protests over the murder of George Floyd by Minneapolis police. Afterwards, she kept running into obstacles thanks to the pandemic: Every time she or a family member contracted COVID-19, she was forced to shut down again.

By the end of 2020, Seyon said she lost thousands of dollars, and even became homeless for a time. She applied for an EID loan late that year, but didn’t get a decision until March 2022—and it was a rejection due to her credit score. In the interim, she had missed a lease payment and the landlord moved to evict her.

Other business owners were rejected more quickly, but contend they were wrongly denied and have never heard back on their appeals. KB Brown, who owns a Minneapolis printing company, Wolfpack Promotionals, said he received a $49,000 EID loan in 2020, but that it wasn’t enough. Even with the money, his business fell off more than 90% and he was forced to furlough all of his employees. Brown’s application for a PPP loan was rejected, too, so he applied for an EID loan increase after the SBA raised the cap. He hoped to receive at least $100,000, he said, so he could stay afloat.

In response, the SBA said that parts of his application made it “question the validity of certain information,” according to a copy of the letter. Brown said he sent in additional proof of his business, including a letter of good standing from the state, but the rejected the increase.

“We needed the help,” said Brown, who appealed the decision in early February and said he has yet to hear back. Now, Brown said he’s down to two employees, and that one of his two embroidery machines is broken. He recently went to a bank to apply for an equipment loan so he could buy a new one—the extra EIDL money would have covered that as well as allow him to hire another employee, he said.

In total, the lack of additional funding has cost him about $70,000 in potential business, in part because his remaining workers are stretched too thin, Brown said. He’s started a commercial cleaning business on the side to bring in extra money.

There is no clear plan to add more funds to the EIDL program, but members of Congress have urged the SBA to shift existing funds to partially continue it. Senators Chris Van Hollen and Ben Cardin, both Maryland Democrats, said they wrote SBA chief Isabella Casillas Guzman asking her to free up money for pending applications and appeals.

“The senators urged the SBA to use its transfer authority to accommodate borrowers who want to submit for a modification, rehearing, or appeal,” according to a May 6 statement. “By prematurely shutting down the program, the agency appears to have prioritized its own administrative needs over those of the thousands of borrowers that await decisions on their applications.”

Pifer of the Small Business Majority had said he “would like to see those dollars remain allocated to those programs to ensure that those folks who were left behind, still waiting—that those dollars do get to them.”

For now, business owners like Seyon, Brown and Chen have been forced to muddle through somehow. Chen said loyal customers and supportive local organizations are the only thing keeping Cha Community alive. “I have realized that the city of Waco, the locals and the nonprofits here, have helped us more in aid than the federal government—which is sort of unfortunate.”

Roll Call
Where does student loan forgiveness stand? Borrowers wait anxiously on Biden
Kayla Camacho was halfway through her master’s degree when federal student loan payments were paused in March 2020.

Daily charges for high-polluting vehicles coming into the city centre were due to start in July, but have been put…

Chronicle Live
One subscription that gives you access to news from hundreds of sites
Biden’s rural challenge: turning flood of aid into results on the ground