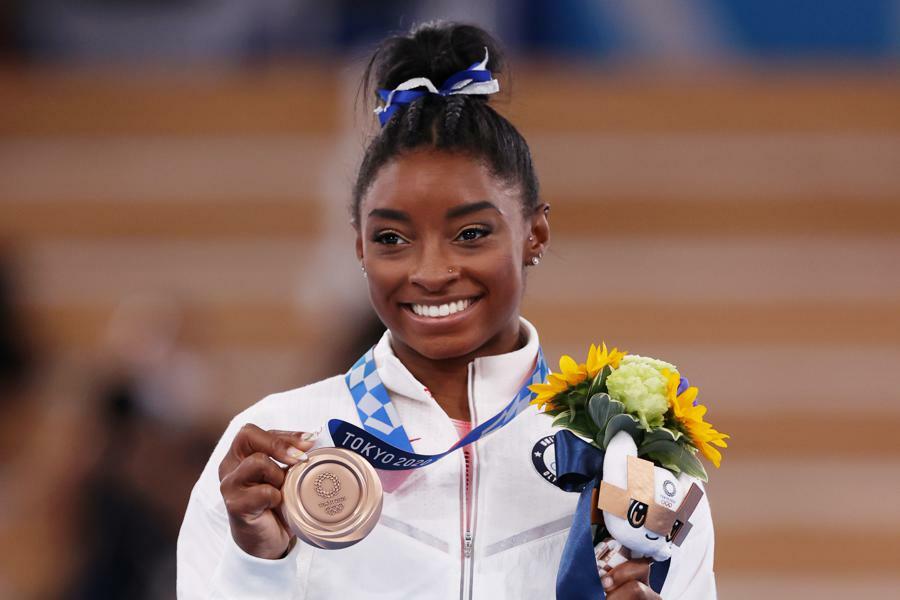 Despite the pandemic, 2021 had an incredible summer of sport. Highlights included the Tokyo Olympics, Paralympics, The British & Irish Lions Tour of South Africa and The UEFA European Football Championship. Athletes from around the globe graced our screens, demonstrating feats of skill and strength.

While the world of business and sports don’t often directly overlap, there are plenty of similarities. Both involve intense competition to be the best in a specific field, as well as necessary teamwork and collaboration. So what business lessons can we learn from today’s sporting legends?

23 year old England football player, Marcus Rashford, is one of the best examples of a sportsman using their platform for social good.

During the pandemic, he continued and grew his campaign to tackle child food poverty. His open letter to the UK government was heartfelt and showed the issue was "not about politics" but about "humanity". Thanks to his efforts, the government made a U-turn on a previous statement. 1.3 million children were able to claim free school meal vouchers in the summer holidays.

His level of involvement shows his commitment to the issue, personally visiting homeless shelters as well as leading huge fundraising drives. He has also faced his own personal challenges while supporting others, with racist abuse, which he has had to deal with his whole career, peaking after the Euro final.

Marcus Rashford is a shining example of a dedicated leader. His commitment to helping others has shown no signs of slowing. No matter the hurdle, he hasn’t stopped. And after each milestone is reached, his sights are set on what more could be done.

The renowned American gymnast, Simone Billes, decided to withdraw from several finals at the Tokyo Olympics this year due to mental health concerns. The move led to some criticism, some from fans who wished to see the champion continue her winning streak, ​​​​having previously earned 19 World titles and five Olympic medals by the age of 24.

However, her decision was an important one and also garnered a lot of praise. It massively increased awareness of mental health issues, treating it in the same way that physical injuries are discussed. By speaking out, she has helped shine a light on the importance of the mental damage constant high-pressure situations can cause, and the risk they pose if not properly acknowledged.

Kevin Love, professional NBA star for the Cleveland Cavaliers, reacted quickly to the pandemic. Seeing the impact the sudden loss of jobs would have, on March 13th he donated $100,000 to the workers at Rocket Mortgage Fieldhouse. Since then, he has continued to support those affected by the pandemic.

Following this generous act, and speaking on the Today Show about the importance of providing support to those who need it, many other NBA players across the US followed suit. Twenty-one team owners in the following weeks also created funds as well as plans that assisted workers through the pandemic.

Kevin Love has also been extremely open about his long-term battle with anxiety and depression. Recognising the changing circumstances would mentally affect many,  he has spoken out about the importance of dealing with anxiety from the coronavirus pandemic in meaningful and helpful ways

Kevin’s quick reaction to the dramatic change to those people’s lives that are often overlooked solidified his place as a modern leader, especially with so many following suit. Seeing the opportunity to step up and help others is something that business leaders can certainly aspire to.

“It only takes one person to create a movement.” A simple but perfect quote from the Sudanese-British basketball player and activist. Asma Elbadawi is the perfect example of acting and speaking with purpose, no matter what barriers are in your way.

She campaigned and won against the International Basketball Federation, removing a ban on hijabs and religious headwear in professional basketball. Taking on huge professional bodies can be a daunting task, one that she wouldn’t have been able to face without putting herself in an uncomfortable position. But driving for change, especially when the processes in place are unfair or need re-writing, can help both businesses and individuals alike work with purpose.

For good reason, Usain Bolt is one of the greatest and most recognised athletes of all time. An eight-time Olympic gold medallist, and even after retiring in 2017, he still holds the world records for the 100 metres, 200 metres and 4 × 100 metres relay. Staying at the top of his game for such a sustained period and across numerous track events took an extreme amount of motivation. Here’s how he did it.

Bolt has always shared his goals publically, showing he avoids self-doubt and has confidence in his ability to achieve them. He’s aware of the competition, knowing that if he didn’t keep improving, he would be overtaken. However, he never shied away from a competition, knowing his own specific strengths. Every single element of the above can be positively applied to business strategies in today’s world.

Alongside his incredible story, he is also one of the most likeable athletes out there. His personality always shines through, whether he’s chatting to the volunteers at the start line or doing his “lightning bolt” pose after crossing the finish line. Businesses need to learn that their customers care just as much about how a company interacts with them in a personal way as well as financial results.

There is a vast pool of sporting leaders, beyond those mentioned above, that we could all learn something from. Grit paired with a focus on the task at hand is a winning combination. Looking at how these athletes find a balance, while also constantly learning from both their wins and losses, uncovers some truths for us all to aspire to.