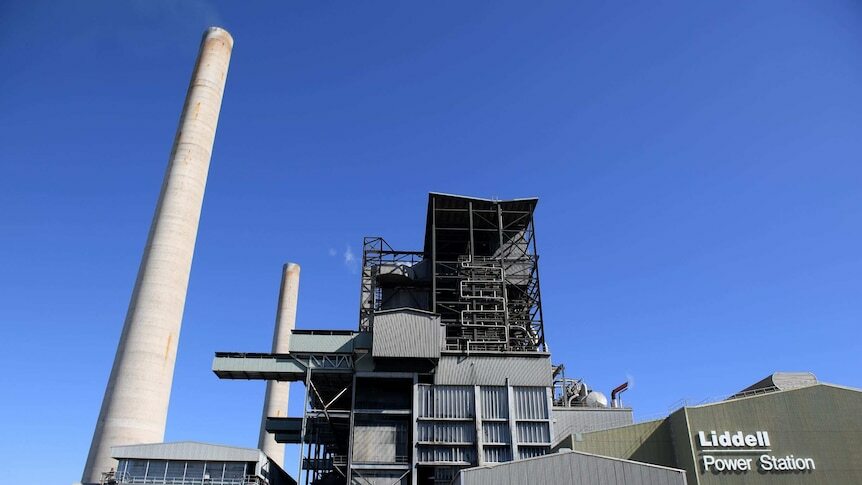 The nation's business community is urging the government to adopt a far more ambitious short-term carbon emissions reduction target, if the nation is to have any chance of reaching net zero by 2050.

A new report by the Business Council of Australia (BCA) has predicted an $890 billion boost to economic activity as a result of dramatically cutting carbon emissions, and the creation of 195,000 jobs over the next five decades — particularly in regional areas.

The BCA warned that forging a path to net zero would require a significant 2030 emissions reduction target.

"A 46 to 50 per cent emission reduction range is both pragmatic and ambitious," the report said.

"Accelerating our decarbonisation efforts now with known, commercially viable technology will reduce the cost of transition later and make it easier for Australia to achieve a net zero economy by 2050."

The intervention comes as the Liberal and National parties negotiate over a net-zero by 2050 target, with warnings from Deputy Prime Minister Barnaby Joyce that any transition to a cleaner economy cannot come at the expense of industries in regional Australia.

The BCA, which represents some of Australia's highest emitters such as energy and mining companies, noted it was areas such as the electricity sector that would have to do the heavy lifting.

"The continued decarbonisation of the electricity system – combined with wind and solar driving down electricity prices – will unlock opportunities for other sectors to electrify and reduce emissions," the report said.

The BCA has previously been critical of higher emissions reduction targets, labelling a 45 per cent target as "economy wrecking".

But now the organisation is spruiking the virtues of a cleaner economy.

BCA president Tim Reed said a number of factors had changed — namely the pace and severity of climate change was getting worse, and the cost of clean technology had come down.

"In business, when the facts change, then you've got to go back and reassess decisions."

Mr Joyce did not appear to be convinced of the modelling during a speech to the WA Nationals conference, where he again raised fears the energy sector would be decimated.

"Earnest statements are not enough, and BCA and those who you represent — you are now on the hook for what you state, the cost is now yours," Mr Joyce said.

"Future governments will say that you asked for this, and if it's a flop, if it's a disaster, as the energy crisis now is in the UK, Europe and China, you have to pay to fix it.

Mr Joyce made the comments in an address to the WA Nationals conference.

The party's state leader was more willing to entertain the position.

“Our party understands and sees the impact of climate change every day, we understand that we need to be a part of that discussion and I would urge our colleagues to continue to have that at a federal level so that we are part of the discussion," Mia Davies said.

The state party's members unanimously backed a motion to adopt net-zero "with clear support for economies and sectors that need assistance to transition.”

The federal government is yet to explicitly commit to the policy, and is under pressure to make the promise ahead of the COP26 climate summit in Glasgow at the end of October.

Prime Minister Scott Morrison has previously said he was not prepared to "sign a blank cheque" without a clear plan to get to such a target by that deadline.

"The key thing as we've always said is that you shouldn't just make promises without plans, you must have a plan to deliver on those promises," Finance Minister Simon Birmingham said.

"All of the work that we've done to date to make sure that when we've made promises to reduce emissions, to reduce them by 2030, we've had plans to get there.

Senator Birmingham would not comment on exactly when the government would unveil its revised targets before the Glasgow summit.

"I've made it very clear that Australia should improve its medium-term target at the Glasgow conference," Shadow Energy Minister Chris Bowen said.

"If [the government doesn't], we'll be outlining a very strong roadmap towards net zero by 2050, including over the medium term, well in advance before the next election."

Mr Bowen argued the junior Coalition partner was holding the government and their constituents hostage on the issue of climate policy.

"They are now betraying regional Australia every single day."