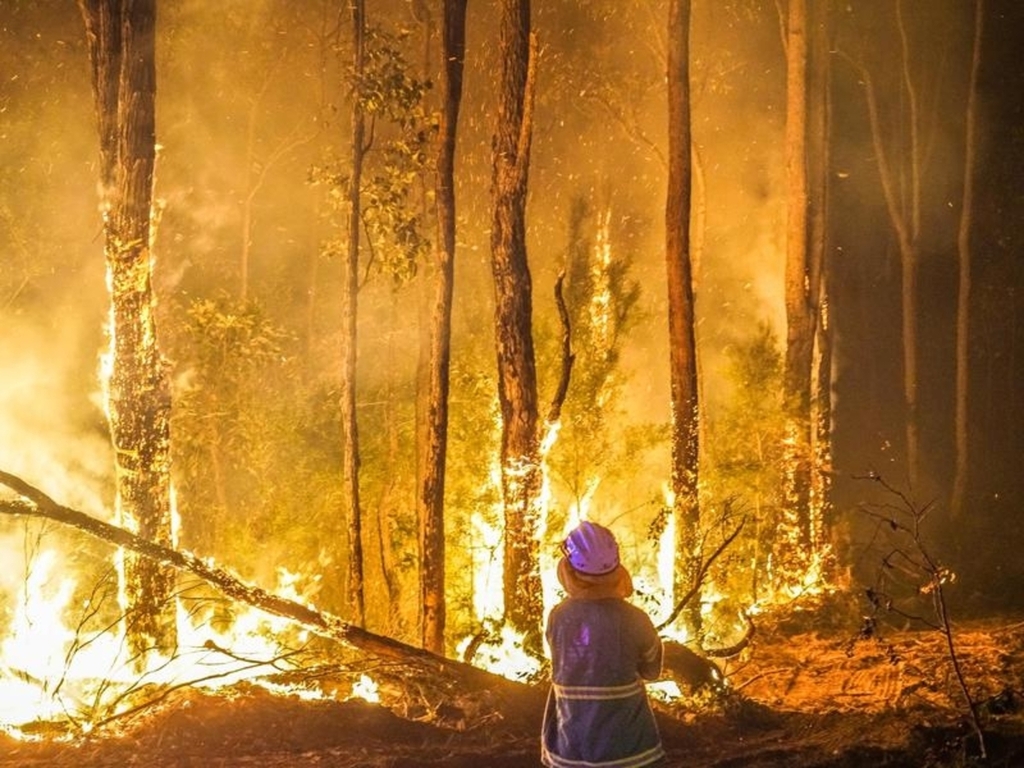 Holidaymakers have been forced to flee their homes in the West Australian tourist hotspot of Eagle Bay as firefighters battle an uncontrolled bushfire.

An emergency warning has been issued for people in parts of Eagle Bay, Naturaliste and Dunsborough in the city of Busselton.

"It's too late to leave, leaving now would be deadly," Emergency WA said on Tuesday.

"You need to shelter in your home in a room away from the fire front and make sure you can easily escape.

"You must shelter before the fire arrives, as the extreme heat will kill you well before the flames reach you."

The fire, which was first reported on Monday night, is burning out of control and considered unpredictable.

It has already destroyed about 200 hectares with 150 firefighters working to protect assets and build containment lines.

Water bombing aircraft have also been sent to the scene.

Department of Fire and Emergency Services incident controller Blake Moore says while the Dunsborough township is relatively well protected, lives and homes are at risk elsewhere.

"Currently, the Eagle Bay and Bunker Bay communities are isolated due to the fire spread. We're unable to get people out of those areas currently," he told Perth radio 6PR.

"We have established community safer places within those areas for those people to go if they have no other options."

Talkback caller Rob said he and his family had watched the fire from the beach, having fled their Dunsborough holiday home after volunteers banged on their door on Monday night to alert them to the blaze.

"It was quite spectacular actually, burning bright red and bursts of trees going up," he told 6PR.

"We don't know if the house has survived or not. It certainly seemed to be pretty much in the direct path of it but the road's closed off and we can't get in."

Local winery Wise Wine and the nearby Meelup Farmhouse said on social media they had escaped unscathed despite the fire coming "really close" to their venues.

The Eagle Bay Brewing Co said it would remain closed on Tuesday and urged those in the area to stay safe.

A community meeting will be held on Tuesday afternoon at the Geographe Leisure Centre in Busselton.