Bush underscores threats posed by domestic terror in 9/11 memorial speech: ‘It is our duty to confront them’ 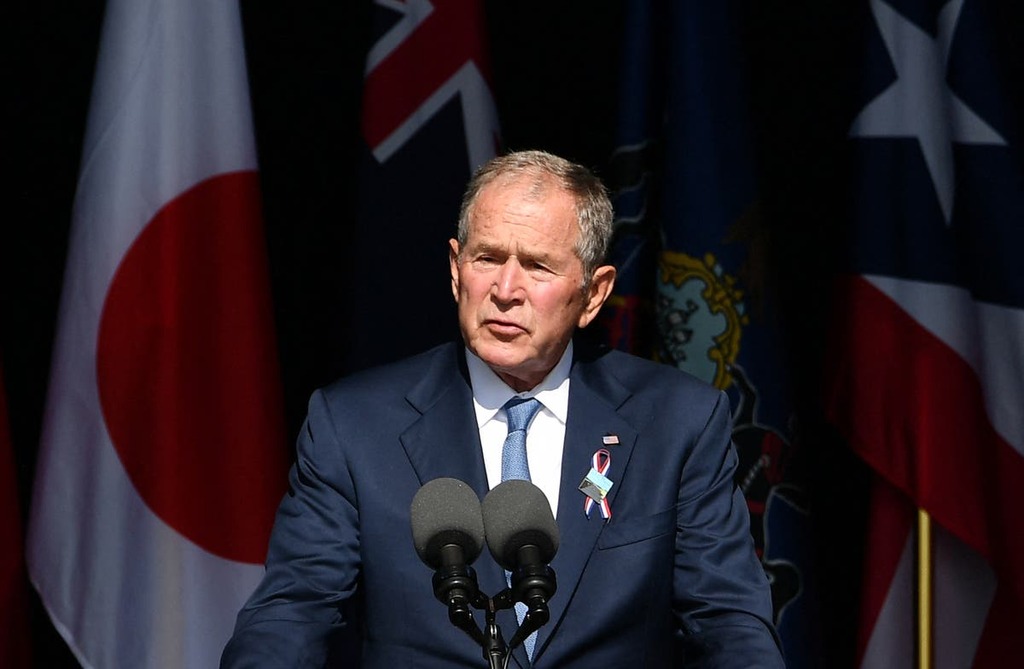 Former president George W Bush recalled images of chaos and death rejoined by stories of service and kindness in the aftermath of the 9/11 terror attacks during a memorial service in Pennsylvania, surrounded by families of the 40 passengers and crew members who, 20 years ago, wrestled control of a plane to avoid untold destruction.

“Twenty years ago, we all found – in different ways, in different places, but all at the same moment – that our lives would be changed forever,” said Mr Bush, who was several months into his administration during the attacks on 11 September 2001.

He also appealed to a national unity he claimed followed the attacks and the administration’s wars but is now missing from national discourse.

“When it comes to the unity of America, those days seem distant,” he said. “A malign force seems at work in our common life that turns every disagreement into an argument, and every argument into a clash of cultures. So much of our politics has become a naked appeal to anger, fear and resentment ... I come without explanations or solutions. I can only tell you what I’ve seen.”

His remarks, eight months after an attack on the US Capitol mounted by Donald Trump’s supporters to disrupt the certification of millions of Americans’ votes, warned that “dangers can come not only across borders but from violence that gathers within”.

“There is little cultural overlap between violent extremists abroad and those at home,” he said. “In their disdain for pluralism, in their disregard for human life, in their determination to befoul national symbols, they are children of the same foul spirit ... It is our continuing duty to confront them.”

The former president was joined by former first lady Laura Bush and other officials in Shanksville, Pennsylvania, where passengers steered United Airlines Flight 93 into a field in Somerset County in 2001.

In the first half of his remarks, Mr Bush paid tribute to the lives lost in the attacks that killed nearly 3,000 people that day and the families whose lives are “quiet with missing voices that would never be heard again”.

“These lives remain precious to our country and infinitely precious to many of you,” he said.

“For those too young to recall that clear September day, it is hard to describe the mix of feelings we experienced,” he continued.

He said the “horror” at the scale of the destruction was met by the “awe of the bravery and kindness that rose to meet it”, and that the “shock” of evil was met by “gratitude for the decency that opposed it”.

“The actions of an enemy revealed the spirit of a people, and we were proud of our wounded nation,” he said.

In the aftermath of the attacks, he said he continued to lead a nation of “amazing, united and resilient people”.

“When it comes to the unity of America, those days seem distant,” he said.

He then claimed he observed, in the years after the attack, that Americans rejected prejudice, embraced Muslims and welcomed immigrants and refugees. His remarks did not acknowledge the thousands of civilians who died during the so-called war on terror under his administration, or the dramatic rise in hate crimes in the decade after 9/11.

“That is the nation I know,” he said. “This is not mere nostalgia; it is the truest version of ourselves. It is what we have been – and what we can be again.”

The vice-president, Kamala Harris, who delivered remarks after Mr Bush, said that the 20th anniversary of the attacks must “must challenge ourselves to look back”.

“We were all reminded that unity is possible in America,” she said. “We were reminded, too, that unity is imperative in America. It is essential to our shared prosperity, our national security, and to our standing in the world.”