Buses hit by 'perfect storm' as services across Liverpool are cancelled 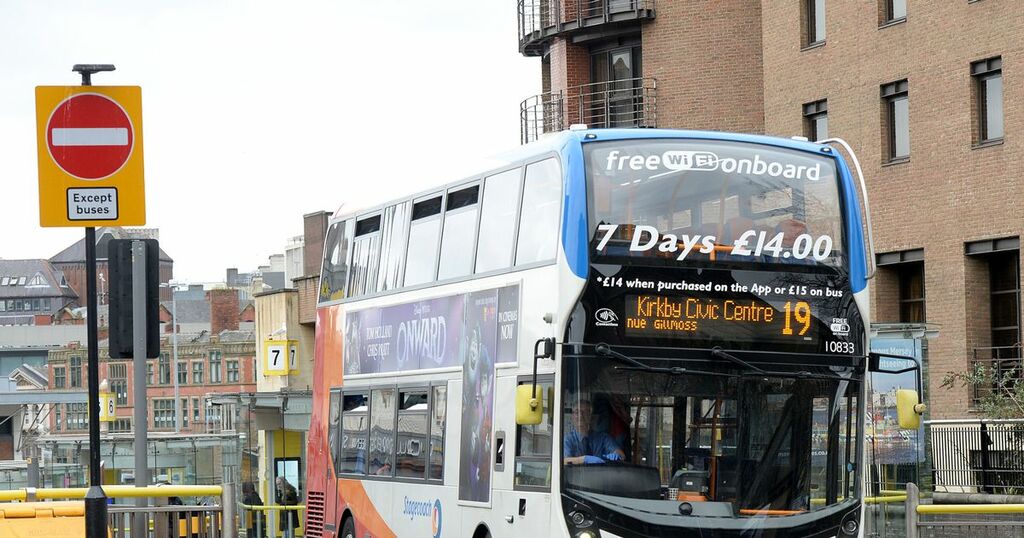 Staff shortages caused by sickness, the HGV crisis and tonight's Champion's League game have caused many bus services to be cancelled across Liverpool.

Posts uploaded on Twitter by bus operator Stagecoach over the past few days have said "staff shortages" are behind the cancellations.

This morning, the 86 and 86C South Parkway services and the number 17 services to and from Aintree Hospital have been affected.

This morning's cancellations follow the 14A, 17, 19, and 21 routes being affected by similar "staff shortages" over the past 24 hours.

The ECHO contacted Stagecoach who said the cancellations were due to a "perfect storm" of issues and not down to just one cause.

A spokesman for the bus operator said staff sickness, including but inordinately due to Covid, had affected the number of drivers available to work.

The number of drivers absent due to Covid would be in line with local figures for infection rates, and that the lack of available drivers "was not a Covid problem".

They added: "We are struggling this week for staff availability. Some of that is Covid but that isn't the major issue."

Stagecoach said the lack of drivers had also been due a greater number of staff leaving their jobs after being drawn to the high wages currently on offer to drivers during the HGV crisis.

In the UK, many supermarket shelves have run out of stock and pub pumps have run dry due to a combination of Covid, Brexit and other factors meaning there aren't enough HGV drivers to meet demand.

As a result, the Government is reportedly putting a number of measures in place to bring HGV drivers into the industry, while some supermarkets have increased the pay of driver positions to entice more staff.

The need for drivers to cope with the additional demand has meant that resources have had to be distributed.

To help alleviate some of the problems next week, the operator said they would be making some changes to the busier bus routes to take some pressure of their services.

Instead of some routes running every six minutes, they will run every seven minutes. This, Stagecoach said, would help keep their services more consistent during the current staff shortages.