Bus operator Rotala has won the right to appeal the decision which had cleared the road for bus reform in Greater Manchester. An unwelcome hurdle to Andy Burnham's plans to transform the bus network to bring cheaper fares and better timetables, the hearing is expected to now take place this summer.

It follows a long-awaited victory for reform in March, when a judge ruled against firms Stagecoach and Rotala, who claimed the process taken by leaders to move to a franchising system, where operators had to bid to run services under public control, was 'irrational' and 'unlawful'. Their arguments against the process included how changes wrought by Covid on the public transport network might impact the case for reform.

The Manchester Evening News has asked Transport for Greater Manchester and the Mayor's office for comment on just how big a blow this latest development is felt to be to leaders' ambitious plans to finally give Greater Manchester a London-style network. But there will no doubt be some disappointment following the long-awaited moment in March when, sitting at the Royal Courts of Justice, Mr Justice Julian Knowles ruled against the operators, adding: "Whilst I granted the plaintiffs permission to bring the review I dismiss the claims. In my judgement the mayor's decision and the process by which the Greater Manchester Combined Authority came to recommend the scheme was lawful."

READ MORE: The transport funding Greater Manchester asked for and what it actually got

The ruling finally paved the way for change, not just in the way the region's buses are run - but for how transport works and is integrated across the conurbation. But following the hearing bus operator Rotala made clear its intention to appeal the decision on the grounds of a 'number of aspects' of the consultation process carried out by the GMCA ahead of the mayor's decision to go ahead with franchising. And it's now been decided that their case will be heard by the Court of Appeal.

"As previously announced, on 9 March, Mr Justice Julian Knowles rejected these arguments, dismissed the claim and refused to give leave to appeal. The company applied to seek permission to appeal the decision to the Court of Appeal which has now granted leave to appeal on certain aspects of the case.

“The appeal hearing is expected to take place before August.” They said a 'further announcement' would be made in due course.

The green light for public control over buses for the first time since 1986 could set a bold new course for Greater Manchester’s entire transport network - and for other regions whose leaders and passengers are looking to transform the way their systems are run. A franchised system in Greater Manchester, with private firms bidding to run services, would put leaders in the driving seat when it comes to bus planning, fares and ticketing. They would be the first to have this power outside London in more than 30 years.

It paves the way for an integrated system, with buses, trams and trains running in synch and spelling the end to the current set-up, branded ‘fragmented and incoherent’ by leaders, and involving more than 830 services run by 30 operators with 150 different ticket types.

Also on the way could be simpler cheaper fares, ticketing, a daily cap on price and a ‘tap in’ system with contactless payment. It's also an opportunity to provide an affordable alternative to driving on the roads, which is at the heart of reducing air pollution.

Although reliant on a rise in taxes and Government funding - which has been cast into doubt over recent months - for Mayor Andy Burnham it means he can finally act on a promise to transform the region’s transport network, with a single integrated London-style system underway by next year.

By 2025, all buses are set to have been franchised, and rail services will then be integrated to ‘complete the network vision by the end of the decade’. It’s been a long time coming, and follows a fractious time for a public service network savaged by the pandemic.

This has led to urgent Government hand-outs, which have in turn drained the pot intended for other projects, including bus reform.

For top notch news analysis on all the latest strories from Beth Abbit, sign up to the Manucnian Way newsletter. 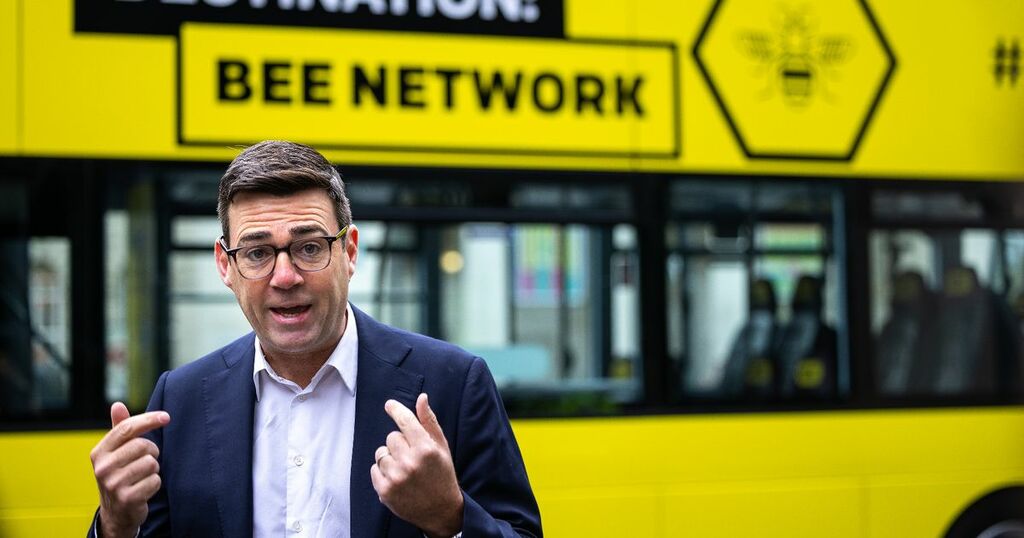 Single fares and DaySaver tickets will be cheaper for passengers