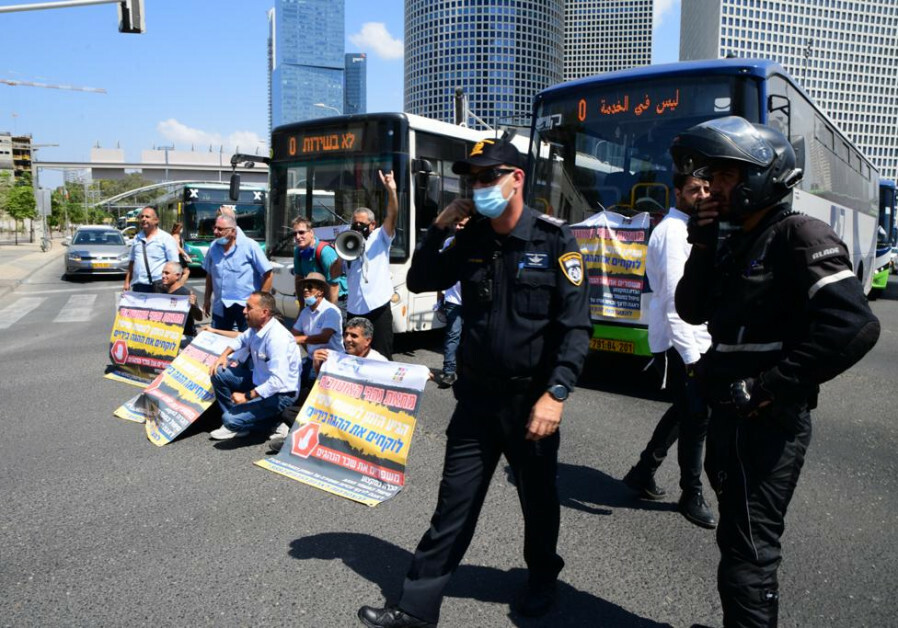 Tel Aviv bus drivers are protesting at their work conditions and their environment, as well as the violence they have experienced recently, near the Kirya military headquarters, Israeli media reported on Sunday.

Violent attacks on bus drivers have surged in recent months throughout Israel between drivers and the passengers over wearing of masks.

Last week, three minors were arrested after they threw glass bottles at buses in Givat Ze’ev, a settlement close to Jerusalem, and spraying the drivers with pepper spray.

In August, a bus driver in Ashdod was lightly injured after an attack by three young men who reportedly assaulted him after he told them to put their masks on. They managed to escape.

Two days earlier, another driver had his nose broken by a passenger who refused to wear a mask and a day before that, a passenger on a bus in Tel Aviv threatened the driver and then smashed windows with a hammer after being told to wear a mask and in July, a 19-year-old Jerusalem resident was arrested on suspicion of attacking a bus driver in the haredi city of Modi'in Illit in the West Bank.

"If [Transporation Minister Merav Michaeli] continues to ignore the basic requirements of bus drivers, we will not hesitate to go to the High Court of Justice,” said Israel Ganon, head of the Bus Drivers’ Union at the Histadrut.

“We can shut down the entire country,” he added.

According to the union data, 3,644 drivers were attacked in 2020, but the actual number is even higher because only 47% of attacks are reported. Some 19% of bus drivers reported three or more attacks throughout the year.