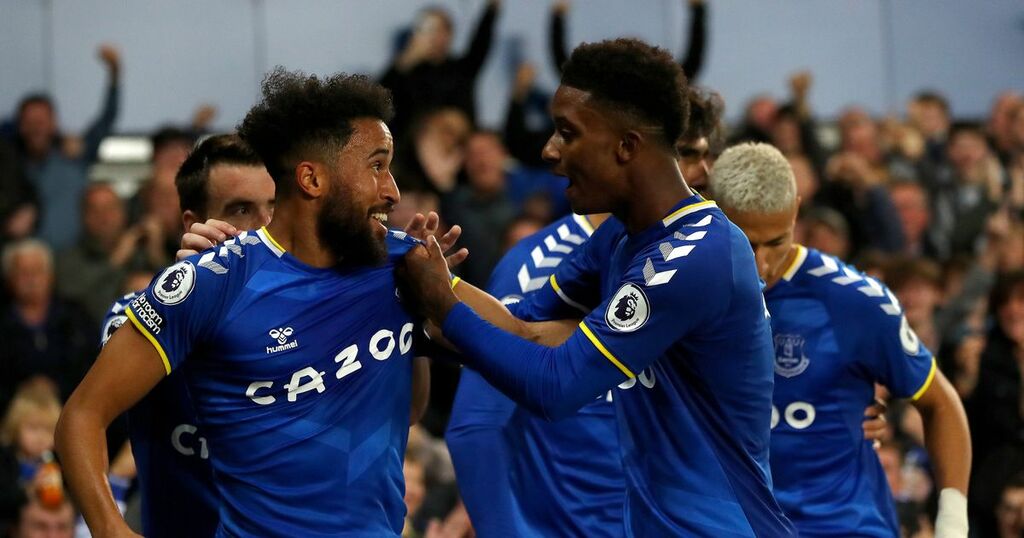 A penny for the thoughts of those Evertonians who put up that banner near Rafa Benitez ’s Wirral home opposing his appointment.

They look pretty foolish now and Benitez has already won over the majority of Blues fans with his winning football.

They filed out of Goodison Park last night, thrilled by another rousing second-half comeback as they ruthlessly disposed of Burnley.

Everton exploded into life on the hour mark with three goals in a devastating six-minute burst to climb into the top four, level on points with leaders Manchester United.

Benitez’s two summer signings Andros Townsend and Demarai Gray did the damage and each chipped in with a goal.

Townsend’s effort to put Everton 2-1 ahead was a screamer, while he also assisted for Michael Keane’s equaliser against his old club.

Gray bagged the third with his third goal for the Blues and he already looks like the bargain buy of the summer at just £1.7million.

Everything Benitez touches is turning to gold and Evertonians are looking past his Liverpool past to see what a brilliant coach he is.

His hours of hard work on the training ground is paying off and he is improving every one of Everton’s players.

Defeat was tough on Burnley, who were the better side before Everton roused themselves, and they remain in the bottom three with just one point.

Everton were without the injured Dominic Calvert-Lewin, who could be out for up to three weeks, and Benitez switched to a 3-4-3 formation with Richarlison deployed through the middle.

Everton struggled to adapt to their new system and Burnley, who know Sean Dyche’s tried and trusted 4-4-2 formation inside out, were the more dangerous.

Chris Wood hooked the ball back for Ashley Barnes to tee up Josh Brownhill, whose shot was saved by Pickford, from their best effort.

The home fans grew restless and this was not what they expected.

Their mood improved when Townsend picked out Abdoulaye Doucoure’s run into the box and Nick Pope made a fine save to keep out his shot.

That was an isolated threat and Burnley took the lead on 53 minutes when Everton only half cleared Dwight McNeil’s free-kick and Johann Gudmundsson swung the ball back in for Ben Mee to head home from six yards out on his 200th Premier League appearance for the Clarets.

The goal finally stung Everton into action and seven minutes later they worked the ball out to Townsend on the right, who cut inside on to his left foot and crossed for the unmarked Keane to head home.

Everton’s second on 65 minutes was an absolute stunner and Doucoure fed Townsend, who slalomed inside Taylor, before hitting home an unstoppable effort from nearly 30 yards out.

Burnley were all over the place and Everton took full advantage to score a third a minute later when Doucoure found Gray in the middle in acres of space with a superb pass and he slotted home past Pope.