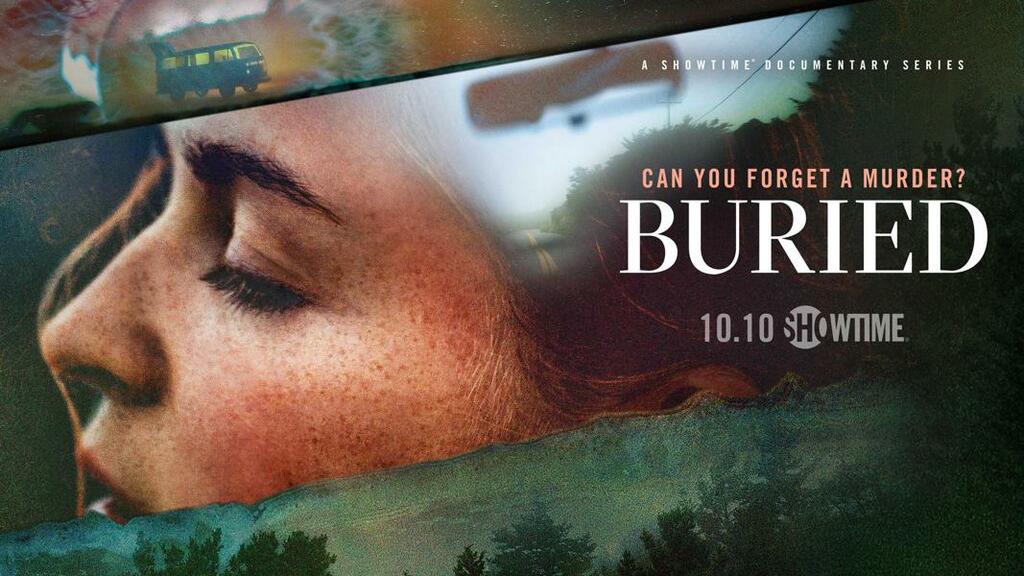 Buried, a riveting new docu-series airing now on Showtime, explores the conviction of George Franklin for the rape and murder of 8-year-old Susan Nason in 1969. Franklin's conviction hinged entirely on the sudden resurfacing of a repressed memory: that of his daughter, Eileen Franklin, Nason’s best friend at the time of the murder. Twenty years later, while observing her own daughter, Eileen recalled witnessing her father rape and murder Nason, after which he threatened Eileen against ever telling anyone.

Showtime's four-part docu-series is directed by Yotam Guendelman and Ari Pines, the team behind Netflix’s award-winning Shadow of Truth, which follows the 2006 murder of a 13-year-old Israeli girl at her school. Buried details the Franklin case using archival footage and interviews with family, attorneys and therapists. In doing so, it poses questions about the ethics of permitting repressed memories as trial evidence. George Franklin’s conviction was eventually overturned when it was revealed that Eileen had undergone hypnosis to uncover her memory, something she had sworn under oath never happened. The case sparked a national debate about the limitations of memory. While it was evident that Franklin was an abusive pedophile, there was no physical evidence to connect him to Nason’s murder.

I spoke to Guendelman and Pines about their interest in exploring this historic case. We also spoke about how they approached dealing with such disturbing material in their work and what they’ve learned in this process about the role trauma plays in memory.

Risa Sarachan: What brought you to this story?

Ari Pines: We’ve been fascinated with the subject of repressed memories for quite some time, and we were talking about the fact that we never saw a documentary that really delved into this unique phenomenon.

After doing some research, we found the Franklin case, which was the first criminal case that was based on a repressed memory, and we immediately knew that it was the perfect story through which we could explore this idea. It had so many twists and turns and so many implications on the way that the legal system, the mental health profession and society at large thinks about memory, but its scope is much bigger than that - it’s also a story about abuse, trauma and the destruction of an American family. It’s a legal drama, a psychological thriller and a family tragedy all rolled into one.

Yotam Guendelman: When we started working on this project, we really wanted to make a different kind of true-crime series, one that would explore not only a murder mystery, but also the mystery of the human mind. I remember the first time we watched the trial tapes, and we were just so amazed at how powerful Eileen is, both as a witness and as a character. It’s just impossible to take your eyes off her. She’s such a good storyteller, with so much emotion and drama, and she has such beauty and grace, but then again, so many things in the story just don’t seem to add up. And you constantly think to yourself - Is she telling the truth? Is she lying? Could she believe in a memory that never happened? We really like how this story keeps making you question yourself and everything you see. It’s just mind-boggling.

Sarachan: I know you’ve previously collaborated on Shadow of Truth. What did you learn when working on that documentary?

Pines: Shadow of Truth came out in 2016 and was the first Israeli true-crime series. It was also our first series, so we learned most of what we know about making documentaries in the process of doing it. We also learned that we work pretty well together as a team. Not just Yotam and I, but also our producer Mika Timor, our designer Tal Baltuch and our Musicians Tom Darom and Assa Raviv, all of whom worked on Buried as well.

Shadow of Truth raised doubts about the murder conviction of a Ukrainian immigrant called Roman Zdorov, and this year, five years after the series came out, he was finally granted a retrial by the Supreme Court of Israel and released to house arrest until his new trial is concluded, so I think our biggest lesson was that while the justice system can work really slowly, documentaries do have the power to bring about change.

Sarachan: What compels you to examine these cases further?

Guendelman: I think it’s our natural curiosity about human nature. Making documentaries allows you to focus on one story and study it thoroughly through the course of years, and when you do that with murder cases, for example, you can find out a lot of stuff that people overlooked because no one ever dug that deep. We’re always very hands-on with our research, as we are with every other aspect of our work.

Sarachan: Did working on this series make you think any differently about the nature of memories and how reliable they are?

Pines: It certainly did. I think most of us still think about memory as this videotape that we can rewind and play and revisit different parts of our childhood and past events, but in reality, today we know that every time we try to remember something, we’re actually creating a story in our brain from bits and pieces of experience, and that story will be slightly different every time we try to recall it. Our memory constantly changes, evolves, distorts and decays over time. Memory can also play tricks on us - we can remember something about our childhood, for example, that never really happened, just because someone told us that it did.

Guendelman: We also learned a lot about the way memory is affected by trauma. Usually, when people experience a highly traumatic event, they develop PTSD, which basically means you can’t forget your trauma, you relive it all the time, and everything reminds you of it. What is claimed in cases of repression is the exact opposite - an intense trauma, usually in childhood, which causes your mind to dissociate from your body so that the brain doesn’t register the experience and therefore you can’t remember it for a long period of time until it creeps back into consciousness. That’s the basic idea of repression - it’s a mechanism that by definition cannot be explained by ordinary forgetting and remembering.

Some experts will tell you that this phenomenon is common. Others will say that there’s no such thing as repressed memory and that these are all false memories that are a product of suggestive therapy. There's been an intense debate about it in academic circles, in the media and in courtrooms since the ‘90s, and they even had a name for it - The Memory Wars. We were amazed by how scientists can be so polarized and draw entirely different conclusions from the same data, and how little we actually know about how our memory works.

Sarachan: What do you think about the validity of repressed memory in helping solve future cold cases?

Pines: We feel that there’s no point in talking about the validity of repressed memories as a whole, but rather to examine each case on its own without drawing inclusive conclusions. When you think about it, every trial is a question of memory because every trial involves witnesses recounting past events. And just as you need to verify any other memory that a witness might have, courts should do the exact same thing with repressed memories. The only problem is that with every memory, it can be virtually impossible to tell the difference between a real one and a false one, as the Franklin case shows us so vividly, and therefore we believe that no one should be convicted based on nothing but an uncorroborated memory, whether it’s repressed or not.

Sarachan: How do you handle working on and conducting interviews on this extremely dark subject matter?

Pines: I guess that if we didn’t have the stomach for this, we would choose another profession. We are fascinated with the dark side of human nature, trying to understand what makes certain people do absolutely evil things, but it can weigh down on your soul. Hearing the testimonies of the Franklin family members recounting the abuse that they endured as children at the hands of their father was especially difficult and horrifying, but at the same time, we felt it was such an important documentation that really lets you feel what it was like growing up in that family. We definitely hope that our next series will focus on a lighter subject.

Sarachan: Eileen was clearly a victim in this story, but lawyers tried to discredit her every step up the way. What do you think we can learn from her story about believing women?

Yotam: Obviously, a lot has changed in the way our society treats women when it comes to sexual abuse. Back in 1969, when Susan Nason was murdered, the statute of limitations for sexual offenses was three years, which is almost hard to believe, and therefore when George Franklin was charged with her murder in 1989, he could not have been charged with her molestation, nor with the claims of abuse that some of his own family members made. This case was pivotal to the beginning of the change that ultimately led, many years later, to the Me Too movement. It was so rare back then to come forward and talk about these things, and we think Eileen was very brave in doing so, whether her memories were accurate or not.

Sarachan: If there are any further developments in this case or others that George Franklin might be linked to, would you be interested in continuing this series?

Guendelman: That’s definitely an option that’s on the table, and we wouldn’t be surprised to find even more twists in this story.

Sarachan: What are you both working on next?

Pines: We’ve been working so hard on this project that we’re mainly working on our next vacation, but we also have several projects we’re pursuing in the United States, both documentary and scripted, and we’re thinking of doing another Shadow of Truth episode about all the developments that happened in that case.

This interview has been edited and condensed for clarity.

Buried is now streaming on Showtime.