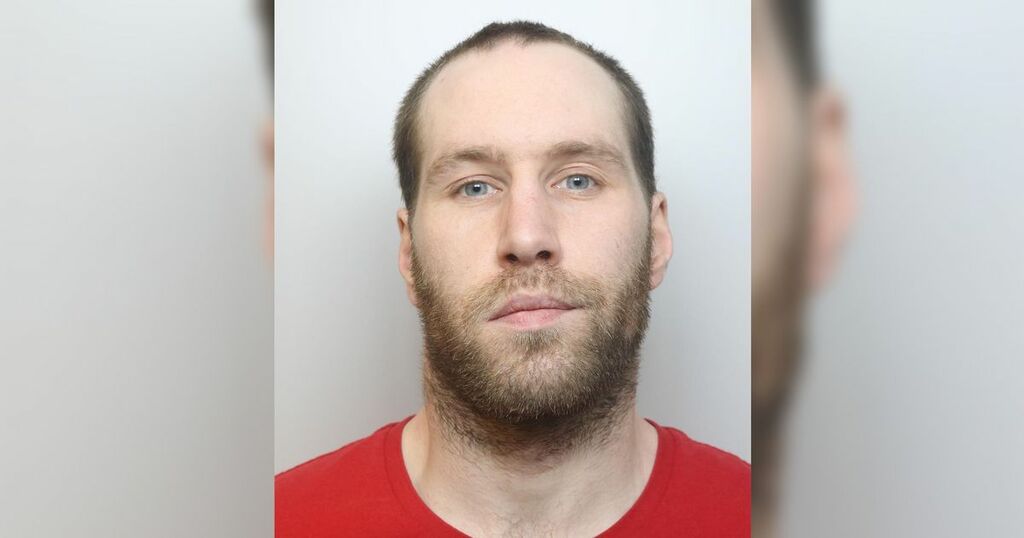 Two burglars who claimed to have acted as lookouts while an archery club was looted by a gang of masked men were branded “blights” on society as they were both sent to prison.

Michael Wigley, 33, of Coral Avenue, Huyton, and Jamie Bennett, 31, of The Knoll, Runcorn, each pleaded guilty to one count of burglary.

The charges relate to a break-in and ransacking of Kyujutsu Archery Club on Castlefields Avenue East, which happened shortly after midnight on April 23, 2019.

Philip Clemo, prosecuting at Chester Crown Court today, told how CCTV filmed eight hooded and masked men, clad in black, approaching the centre before five intruders broke inside while three of the gang remained outside.

One figure who entered was filmed carrying a crowbar, while another had a sledgehammer and another a can of petrol.

Intruders stole items including bows, arrows and drinks, in addition to ripping down a security camera and removing the hard drive.

They also smashed their way into lockers.

Although it remains unknown how the fire broke out, the building was soon ablaze resulting in emergency services attending, and the owner Chris Ord was awoken and asked to attend, whereupon he was “heartbroken by what he saw - a fire had taken serious hold of the building”.

Mr Ord, who had renovated the building and built up the club over three years expanding to a membership of 132 aspiring archers, joined police as they searched the wider area by torchlight.

Among the items found were some drinks bottles he recognised as having been bought by Mr Ord at Costco a few days earlier.

The bottles’ batch numbers were later matched to the store, and DNA samples on the bottles provided a “full hit” for Bennett, and a probable hit for Wigley with a miniscule chance of belonging to someone else.

Mr Clemo said that “thanks to the diligence of officers” from Cheshire Police, the contents were retrieved.

When arrested, Bennett and Wigley denied their involvement, with Bennett trying to explain the DNA match on the drink by claiming he “had sex with a girl there in the past and must have left a bottle”.

Wigley claimed he had been fishing in the area.

But the Costco batch numbers matched those of the drinks bottles on sale in the branch of Costco on the day when Mr Ord bought them, leaving the burglars’ deception in tatters.

The total estimated value of the damaged and stolen goods excluding fire-damage was £9,265.

Mr Ord read his victim impact statement in court, describing the “massive” effect it had on him, saying: “I worked so hard in the club to build it to where it was.

“I was completely devastated, I was ready to give up on the club and the thought about doing all that work was overwhelming.”

He spoke of struggling to trust people after the burglary and losing sleep to “disturbing dreams”.

Wigley was on licence at the time of the archery club burglary.

Judge Steven Everett, Recorder of Chester, presiding, ordered enquiries to be made and a letter from the probation service over whether Bennett should have been in prison on recall at the time of the burglary due to a six-year sentenced imposed in 2011 with a three-year extended licence - which was followed by further convictions in 2014 and 2016.

The judge said he was “not happy at all”, although Bennett claimed to have spent some time on recall.

Claire Jones, defending Bennett, said her client was now in a “stable relationship” and deserved credit for his guilty plea.

She said he insisted he was a lookout, telling the court: “Mr Bennett’s view is he and Mr Wiglery were outside keeping lookout and stupidly agreed to do that, and may explain the difference in ages between them and those who went in.”

Ms Jones added Bennett had spent 19 days in custody plus 338 days on tag.

Paul Wood, representing Wigley, said his client had a “horrible childhood”, and in 2017 when he last left prison was a “drug user and homeless” and experiencing a “real lack of stability in his life” with “nothing positive going for him”.

He said that had all changed now with a steady partner and new daughter, along with family responsibilities being “very much a full time dad”.

Wigley hasn’t used cannabis for between 12 and 18 months, he said, and now felt “settled in his life - it’s clear he’s focusing on his life”.

Nor had Wigley offended since the burglary at Kyujutsu, 30 months ago.

Mr Wood argued that the best way to serve the public interest would be to pass a suspended sentence and to assist Wigley’s rehabilitation.

Recorder Everett declined the opportunity to adjourn the case for a pre-sentence report to be prepared for Bennett, and instead sentenced each defendant to three years in prison, noting their “truly appalling records” as a “seriously aggravating factor”.

He told Bennett and Wigley being a lookout did not diminish their responsibility, telling them: “Whether you were inside or outside makes no difference whatsoever.”

During his sentencing remarks, the judge noted the archery club’s value to the neighbourhood.

He told Bennett and Wigley: "It was a burglary of a community centre providing real benefit to the community as well as a lifestyle for him that he wanted to have.

"He aspired to have a decent lifestyle and on that night it was all taken very rapidly away from him.

“He’s a man who provided real benefit to the community and we look at both of you separately and neither of you can begin to say that.

“Your lives have been a blight to the community in terms of your offending, truly shameful lives.”

He added: “In this particular case there was theft of property causing a significant degree of loss to your victim.

“There was soiling and ransacking of the property.”

Three defendants had already previously been sentenced in relation to the case:

Robert Lingham, 20, of Pitt Street, St Helens, was jailed for 15 months in March for burglary.

Daniel Henderson, 19, of Wheatlands, Runcorn, was jailed for 27 months in March, comprising nine months for burglary and 18 months consecutive over an unconnected case of affray.

Connor Crawley, 18, of Fallowfield, Runcorn, was sentenced to 10 months in prison, suspended for 18 months.

All five suspects were initially charged with arson but the case was dropped due to lack of evidence.

Kyujutsu has since been rebranded Phoenix Community Archery Club.