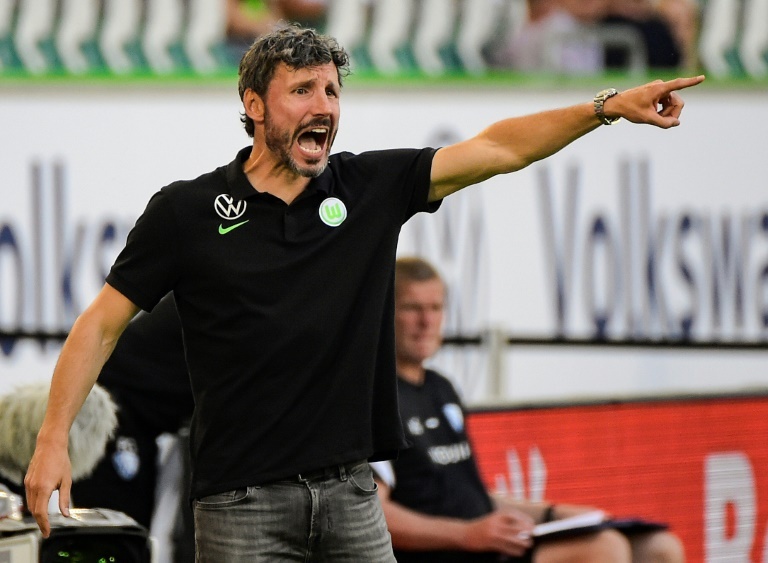 Berlin (AFP) - As the only current Bundesliga coach to have won the German league title either as a player or manager, former Bayern Munich midfielder Mark van Bommel has made a flying start at the helm of early leaders Wolfsburg.

In his first taste of being a head coach of a Bundesliga club, the 44-year-old has steered Wolfsburg to three straight league wins.

They are the only Bundesliga club to still hold a 100 percent record after beating newly-promoted Bochum and Hertha Berlin, followed by a 1-0 home victory against fellow Champions League side RB Leipzig.

"Every game in the Bundesliga is difficult.You can see that from the fact that we're the only team so far with nine points after three games," said van Bommel.

Wolfsburg are away to strugglers Fuerth on Saturday in their final tune up before their first Champions League game for five years when they play Lille in France next Tuesday.

The only blot on his copybook so far with Wolfsburg came in the German Cup in August when van Bommel used one substitute too many in an extra-time win over minnows Preussen Muenster in the first round.

His blunder led to them being thrown out of the competition.

"Something like this will never happen to me again. It annoyed me so much," he said recently.

During a glittering playing career, the Dutch midfield enforcer won the 2006 Champions League title with Barcelona and the Bundesliga with Bayern in both 2007/08 and 2009/10.

Only defeat by Inter Milan in the 2010 Champions League final robbed Bayern and van Bommel of a treble of titles in 2009/10 after winning the German Cup and Bundesliga trophies.

At the end of that season, van Bommel played in the Netherlands team which went all the way to the World Cup final, losing to Spain in Johannesburg.

Since hanging up his boots, he had assistant coaching roles under his father-in-law Bert van Marwijk with the Australia and Saudi Arabia national teams between an 18-month spell as head coach of PSV Eindhoven.

This season, Wolfsburg are in the same Champions League pool as Red Bull Salzburg, Lille and Sevilla, fuelling hopes they can emulate their run to the 2015/16 quarter-finals when they were knocked out by Real Madrid.

"We can survive our group, but the other clubs will be thinking exactly the same thing," said van Bommel, who admits the draw "could have been tougher".

After 76 Champions League appearances for Barcelona, Bayern, AC Milan and Eindhoven, the Dutchman is still chasing his first victory as a coach in the competition, a statistic he feels "it's time" to put right.

Van Bommel is looking forward to Wolfsburg's away league game at Bayern in late December when he returns to the Allianz Arena.

He captained the Bayern team which was thrashed 5-1 in April 2009 at Wolfsburg, who were on their way to the first and only Bundesliga title in the club's history.

"I still think about that game.When Wolfsburg rang me, that was my first thought," he said.