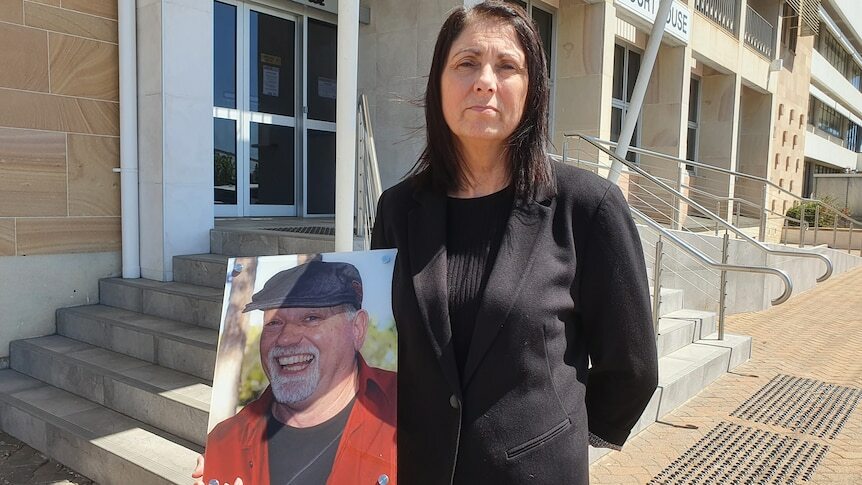 A Sunshine Coast woman has told of the last phone call she had with her husband, which coincided with the moment he was fatally struck by a stolen car.

David Mallett was in Bundaberg for business and was walking along Bourbong Street when the stolen car lost control, mounted the footpath and hit the 63-year-old in July last year.

His widow, Julie Mallett, told a sentencing hearing in the District Court in Bundaberg that she was talking on the phone with her husband at the exact moment he was struck.

"I am constantly haunted by his last words and the sound, which I now know was him being hit by a car," Mrs Mallett said.

She said she continued to grieve for her husband of 43 years, who was a loving father and grandfather.

Judge Tony Moynihan said Fisher had a blood alcohol reading four times the legal limit and that his actions had catastrophic consequences for Mr Mallett's family.

"The victim lost his life as a result of your deliberate, reckless actions," Judge Moynihan said.

"You were seen to engage in a protracted course of deliberate dangerous driving.

"That involved you driving without headlights on, driving at high speed, zig-zagging around other motorists and into the lanes of oncoming traffic."

Guilty man was on bail

Judge Moynihan declared it a "serious violent offence", which required an offender to serve at least 80 per cent of their sentence before being eligible to apply for parole.

"It is clear this is a quintessential violent offence," Judge Moynihan said.

"It shattered him, and he will live with the thought of his consequences for the rest of his life," Mr Cassidy said.

He said Fisher had a disadvantaged upbringing and started using alcohol and illicit drugs when he was 12 years old.

The court heard Fisher had an extensive criminal history and was on bail for similar offences related to housebreaking and vehicle theft at the time of the offence.

Mrs Mallett said she was comforted by the declaration of the serious violent offence and she hoped Fisher would seek help to break the cycle of his offending during his incarceration.