As local outbreaks stabilise, the 41-year-old veteran said she's beginning to bet more on a recovery in the next two to three months. Her change of heart is part of a larger trend among Chinese stock investors, who believe the market's deep pessimism has passed its peak. Promises of stimulus to boost the economy, combined with Shanghai's breaking of its weeks-long lockdown, are helping to turn the tide.

“Starting last week, we’ve been unwinding some of our short positions as there’s a clearer timeline on Shanghai returning to normalcy of life and as US inflation expectations are edging lower," Zhao said in an interview last week. “New China flare-ups and a change in Covid policy are some of the factors we are watching before turning more bullish."

Zhao oversees Yingfu No.4 fund, which ranked first among more than 20,000 private-fund peers on the mainland this year, according to fund tracker Shenzhen PaiPaiWang Investment & Management Co. It has remained in the top 10 best-performing funds over the past 12 months.

The fund has increased its net-long stock position to about 60 percent of its investments. Zhao says consumer discretionary shares, especially autos and suppliers, could benefit most during an upcoming relief rally. She is also keeping tabs on a proposal by the European Union to ban Russian oil to gauge inflation implications.

A rise in leveraged trades and foreign inflows, with the latter reaching its highest level in 2022 on May 20, are adding to indicators of a China stock turning point.

“We’ve come to a point where a recovery in earnings -- which have been affected by Covid -- and valuations are both working toward a turnaround in stocks," said Zhao, adding that she would increase exposure in coming weeks if daily trucking traffic and northbound flows continued to signal a turn for the better. 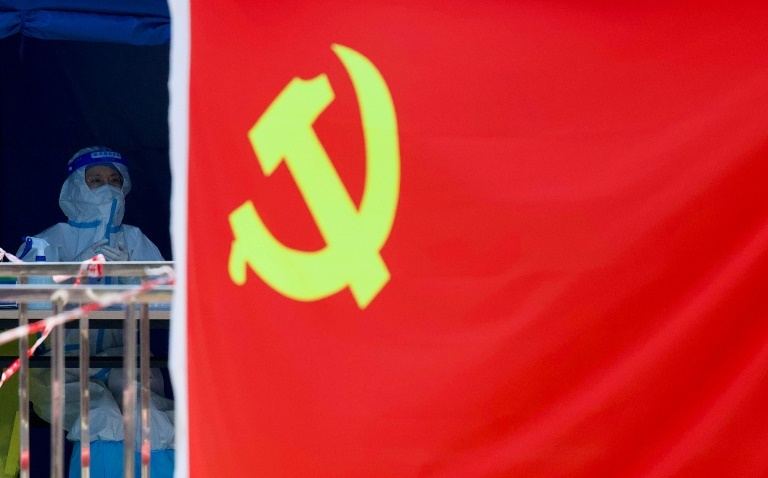 AFP
One subscription that gives you access to news from hundreds of sites
China rate cut boosts Asian, European stocks