THE Hunter Region and its coal industry are at the centre of China's latest bout of hostility towards Australia, with the Chinese Communist Party's international mouthpiece, the Global Times, reporting that Chinese power stations had been told they could import coal from any country but Australia.

China has grown to become the second biggest buyer of Australian thermal coal after Japan, and most of the $4 billion a year in sales that Prime Minister Scott Morrison said was at stake through the Chinese move leaves our shores through the Port of Newcastle.

The Global Times report published on Sunday attributed the action against Australia to "China's top economic planner" and referred to a meeting of the country's National Development and Reform Commission with 10 power companies as the source of the coal-buying directive that excludes Australia.

In Tasmania yesterday, Mr Morrison said the government had been asking China to clarify the situation, and was treating the article as "speculation in the state-owned Chinese media" in the meantime.

Mr Morrison and Trade Minister Simon Birmingham have both said the Chinese move, if confirmed, would be in breach of World Trade Organisation rules.

But the immediate consequences could be felt first in the Hunter, especially if the 20 per cent of the region's coal exports going to China cannot be sold elsewhere.

Ironically, the region's second biggest exporter after Glencore is the Chinese-controlled Yancoal.

Another state-controlled entity, China Merchants Group, controls the company that owns 50 per cent of the joint venture leasing the Port of Newcastle from the NSW government for 98 years.

Labor MPs Joel Fitzgibbon and Sharon Claydon yesterday blamed the situation on the Morrison government, while Patron Senator for the Hunter, Liberal Hollie Hughes, said China was retaliating against Australia's call for an inquiry into the origins of COVID-19.

Senator Hughes said countries should be able to have "mature trading relationships" despite any political differences, and China was "not behaving by the rules".

"We will maintain our sovereignty and reserve the right to represent Australians and to speak our mind," Senator Hughes said.

Referring to earlier actions delaying Hunter coal ships at Chinese ports, Senator Hughes, said shipping companies had borne the brunt because the coal was paid for before it left Newcastle.

Senator Hughes said she had confirmed the situation with the Department of Foreign Affairs and Trade, and industry sources agreed, saying Australian coal generally left under a "FOB" or "free on board" basis, meaning the coal company had been paid for the cargo.

"Reports over the past few months have indicated queues of 80 or 90 ships at sea off Chinese ports waiting for permission to unload," Senator Hughes said.

"So in that case, it was the shipping companies, which are generally overseas owned, that were bearing the costs of the delays.

"But what is happening now is that the Chinese government has said that it doesn't want the power stations to buy any more Australian coal."

No coal company contacted yesterday would comment on the situation but the Minerals Council of Australia said the trading relationship between China and Australia was built on "a rules-based system" and urged the two countries to work together to "restore stability".

The impact of this year's actions by China can be seen in the latest monthly bulletin of coal exports by Australian Bureau of Statistics, which show Chinese purchases of Australian thermal coal down by 18 per cent, far greater than the 5 per cent overall drop in thermal coal exports for the year to the end of October.

Despite the Chinese actions against Australia, and despite the impacts of COVID-19, the ABS figures show sales of coking coal for steelmaking to China increased by 8 per cent for the first 10 months of the year.

Referring to separate markets and prices for thermal and coking coal, Mr Morrison said during his doorstop interview that "our coal mines and our coal exports have a diverse customer base".

The Global Times article said nearby Mongolia was the logical source to replace "Australian coal, as the relationship between China and Australia has been deteriorating and Australia is gradually losing the Chinese market".

Shortland MP Pat Conroy, Labor's federal shadow minister assisting for climate change, said the situation showed an essential need for Australia to diversify both its exports and its customers.

"We need to support all our existing jobs in the coal industry while ensuring that we grow new industries," Mr Conroy said.

Federal Newcastle MP Sharon Grierson said the Chinese action had "exposed the Morrison government's longstanding neglect of coal-dependent communities" and a failure by the Coalition to plan for a "low carbon economy".

"If this trade ban proceeds, it will be a significant hit to our economy - costing local jobs and hurting the families that rely on the sector for their livelihoods," Ms Claydon said.

She blamed the federal government for letting Australia's relationship with China "to deteriorate so dramatically".

"This has been foreshadowed for months now, with coal ships lined up off the coast of China unable to offload," Ms Claydon said.

She also called on the government to "get serious about diversifying our regional economy".

"Newcastle has the potential to be a clean energy superpower, but the Morrison Government's war on renewables, coupled with its failure to invest in new industries, has scared investors and put local jobs at risk," Ms Claydon said.

Joel Fitzgibbon also argued that the government had mismanaged our relationship with China.

"This problem needs to be fixed but the problem is, you can't fix a mistake until you are prepared admit you've made one," Mr Fitzgibbon said.

"Unfortunately our prime minister seems incapable of doing so. Until he does so, the impact on our economy and jobs will grow worse. Mixing domestic politics with foreign relations is never a good idea.

"Scott Morrison attempted to win votes at home with reckless indifference to the likely impact on local jobs. We are now all paying a price".

For faster access to the latest Newcastle news download our NEWCASTLE HERALD APP and sign up for breaking news, sport and what's on sent directly to your email. 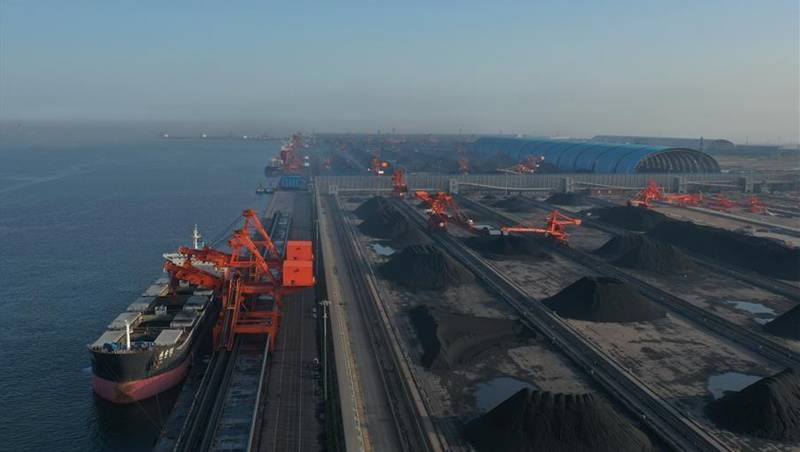 Newcastle Herald
One subscription that gives you access to news from hundreds of sites
Morrison: China coal ban could breach world trade rules, ‘bad outcome for both’

Reuters
One subscription that gives you access to news from hundreds of sites
China coal ban would be a 'lose-lose' situation, PM says