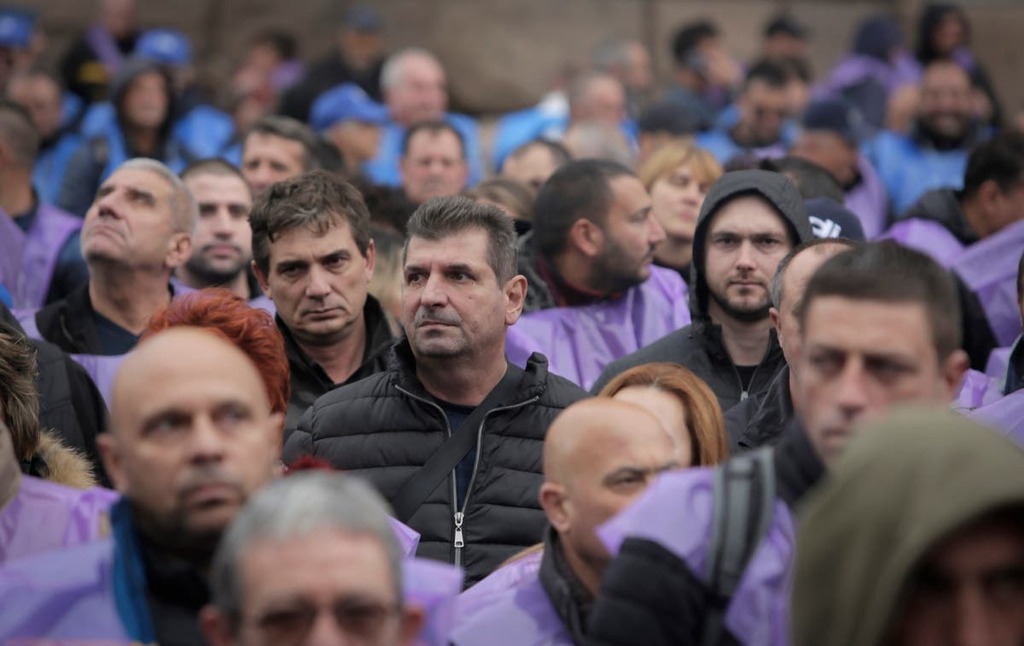 Hundreds of Bulgarian coal miners and energy workers staged a protest on Wednesday to demand government guarantees for their jobs amid bids by the European Union to close mines and reduce carbon emissions.

Buses carried protesters from across Bulgaria for the rally in downtown Sofia where demonstrators chanted “We want jobs!” as they marched to the government headquarters.

Bulgarian miners say the EU’s time frame for closing coal mining and coal extraction is too short and argue it shouldn't come at the expense of the bloc’s poorest and most carbon-dependent regions.

The organizers of the protest — the country's two largest trade unions — said they were defending Bulgaria's energy independence and warned that tens of thousands of jobs are at risk should the biggest coal mines and energy plants in southeastern Bulgaria close.

The protesters submitted to the government a petition with 110,000 signatures demanding to extend the operational lifetime of the coal-fired power plants. They also warned that a possible energy crisis this winter in the EU could lead to a social crisis because of the high carbon prices in the EU.

Nearly half of the electricity in the Balkan country of 7 million is produced by coal power plants, while another 35% comes from nuclear energy. The rest is covered by hydroelectric, solar and wind generation.

The financial burden of reducing carbon emissions poses a huge challenge to Bulgaria, which has one of the lowest gross domestic product per capita rates in the EU.

Bulgaria will hold an early general election on Nov. 14. There is no operational parliament at the moment, and the caretaker government has limited powers.

After meeting with caretaker Prime Minister Stefan Yanev, union leaders said the government had agreed that the closure date for the coal power plants should be after 2040.