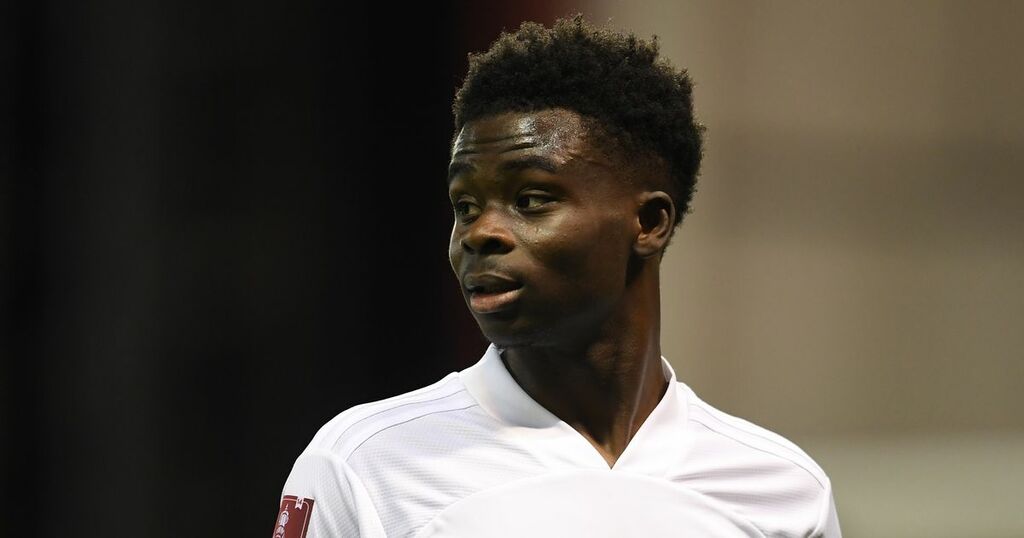 Former Liverpool defender Glen Johnson has suggested that a move to Anfield would be "appealing" for Arsenal starlet Bukayo Saka.

The England star has recently been linked with a move to Anfield, with Jurgen Klopp apparently keen to add to his attacking options.

Whilst a January switch would be highly unlikely for the 20-year-old, it is suggested that the player’s representatives are keen for Saka to play football at the highest level - something that the Reds would be able to offer.

It of course remains to be seen whether he would swap the Emirates Stadium for Anfield, but Glen Johnson has suggested that he could be tempted by a switch - whilst also recognising that a deal between the two clubs could prove difficult.

Talking to Betting Odds, the former defender said: "I do think it’ll be an expensive transfer to pull off because Arsenal wouldn’t want to sell one of their best players to a rival.

"As he’s a fantastic player, a young player and English then it would have to be a big deal. In terms of Liverpool and the player being interested in a move then I believe that for sure but I just think it would be quite a complex deal to pull off.

"I do think it would be a good move for Saka because any chance you get to sign for one of the best teams around, as a young player, it’s going to be appealing. I think the way that Liverpool play will suit him down to the ground."

Saka has caught the eye ever since graduating from the Hale End academy in north London.

Since his debut, he has made 111 appearances for the Gunners, scoring 18 goals. The winger has also gone on to accumulate 14 caps for the England national side, netting on four occasions.

Intriguingly, Jurgen Klopp has already given his verdict on the Reds’ potential transfer target, having praised the current crop of promising young players at Arsenal.

Speaking last month, the Liverpool boss said: "You can see they brought a few new faces in; some found, obviously, their striking feet back.

"And apart from that, young and exciting players as well with [Emile] Smith Rowe and [Bukayo] Saka and all these kinds of things."

Saka most recently penned a new Arsenal deal in the summer of 2020 and is under contract for another two-and-a-half years.