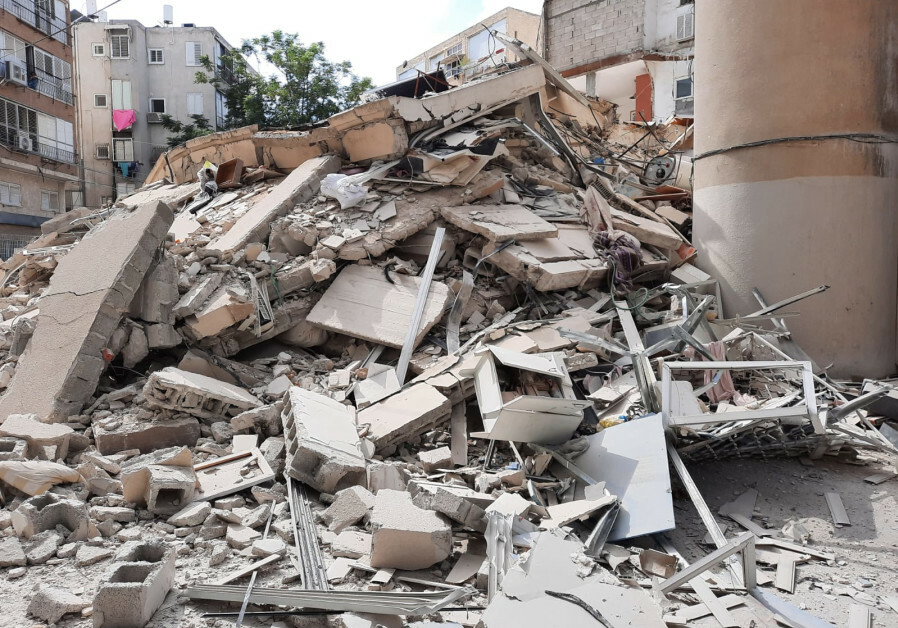 As many as 80,000 buildings with about 300,000 apartments are in danger of collapsing and must be reconstructed in the coming years to avoid calamity, the Israel Builders Association claims.

“We published this in a report that we submitted to the government in 2017, but this is something we have been saying for years,” said the association’s deputy director-general Shay Pauzner. “The message is that Israel needs to start thinking strategically about this, because we are in the danger zone.”

Earlier this week, a residential building in Holon collapsed. No one was hurt because Fire and Rescue Services evacuated 16 families from the building the day before, out of concern it was unsafe. Still, the incident has left a sense of dread hanging over the country, as people wonder when the next such disaster will strike and how many could be killed or injured as a result.

The collapse in July of a condominium tower in Surfside, Florida, which claimed the lives of at least 98 victims, has also highlighted fears that old buildings may contain structural problems that could make tragedy inevitable if action is not taken.

“We are talking about the kind of buildings that were built during the first 20 years of this country, and nobody knows exactly how many buildings are in danger, but we are the only ones who have tried to estimate the scope of the problem,” Pauzner said. “Can you imagine what would happen if there was a low-key earthquake in Gush Dan? These are problems that have to be addressed now.”

Construction standards in Israel have evolved significantly in recent years, and the architectural design of older buildings is generally considered less stable. Corroding foundations and other effects of aging put these buildings at greater risk. Homes built along the Mediterranean coast, where the air is moist from the sea, are particularly at risk, the IBA has said.

ONE APPROACH to preventing future disasters is to do periodic checks on buildings’ structural health, something Israeli law currently does not require.

“Here is a proposal for a properly running country, following the building collapse in Holon,” wrote Givatayim Mayor Ron Konik on Twitter Sunday evening. “You make a law that requires building maintenance committees to conduct a mandatory audit every X years, like a car test. A building that doesn’t get certified will be fined. A building that doesn’t pass the test will be required to make repairs – a simple and correct move that transfers the responsibility to the apartment owners.”

“The topic of strengthening existing buildings is important everywhere, not just in Israel,” civil engineer Yehuda Kfir said. “Buildings, like everything, are not permanent. They have a certain lifespan, and can develop structural problems. These are not always easy to find, even though technology has made it much easier. But you need to check.”

In terms of upgrading the huge number of at-risk apartments, the simplest approach is to extend the mandate for Tama 38 projects in the country, Pauzner said.

The Tama 38 national program allows contractors to add floors to existing urban buildings in exchange for strengthening the structures. It’s a win-win arrangement for everyone, at least in theory: Contractors are given profitable new projects, building structures are updated, apartment owners get their apartments enlarged for free, and cities gain new urban housing units in locations where there is no new land available.

However, many complain that the program, which is slated to be discontinued in 2022 unless lawmakers renew it, undermines their city planning and quality of life. Interior Minister Ayelet Shaked recently put forward a proposal to amend the plan by giving cities more veto power over the process. The government is expected to deliberate on the issue after the holiday season.

“That’s one option: to improve the Tama 38 program,” Pauzner said. “There are other approaches also, like giving the cities more money to add more infrastructure, or changing the way we pay arnona (property taxes) so that cities will have more incentive to build more homes.

“Each approach has its problems, but there has to be a plan,” he said. “Most people in these buildings don’t have the money to pay for the upgrades they need. If our estimates are even a little bit correct, we are in big trouble if Tama 38 ends.”