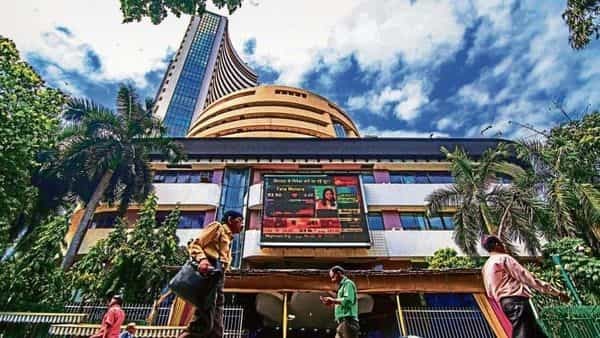 The Indian economy is likely to grow by 9.2% in FY22, according to the National Statistical Office’s (NSO’s) first estimate of gross domestic product (GDP) growth for the financial year. This is lower than the Reserve Bank of India’s forecast of 9.5% and points to a slower growth for the country in the second half of FY22.

However, the Indian stock market isn’t perturbed. The new year has begun on an upbeat note with the benchmark Nifty50 index rising by 3.7% so far, surpassing the 18,000 mark on Monday. Unsurprisingly, the Indian equity market’s valuation measured using Warren Buffett’s market capitalization-to-GDP ratio has surpassed its historical average. “It is probably the best measure of where valuations stand at any given moment," according to Buffett. For FY22, the reading stands at 119%, ahead of its long-term average of 79%, showed Motilal Oswal Financial Services Ltd’s latest data. This ratio is the highest in at least a decade.

Valuations are pricey even based on the Shiller indicator, which is the cyclically-adjusted price-to-earnings (CAPE) ratio. It is named after the Nobel winning economist Robert Shiller. This is calculated by dividing the price of the broad stock market index by the average inflation-adjusted earnings of that index over a period of five years. A high CAPE ratio means stocks are expensive. On this parameter, Indian stocks are overvalued at 33.2 times, data provided by ICICI Securities Ltd shows.

The MSCI India index is trading at a one-year forward PE of around 22 times, a steep premium to MSCI Asia ex-Japan’s 12 times PE multiple, according to Bloomberg data.

There are plenty of downside risks, making it tough to justify these expensive valuations. Interest rate hikes by global central banks and winding down of stimulus are sentiment dampeners. Access to cheap liquidity had boosted stock markets even at the peak of the pandemic. Further, the recent rise in covid cases is a threat. All eyes are now on the December quarter (Q3FY22) corporate earnings of India Inc. Even here, analysts caution of an uneven recovery, especially on operating margins, as some companies are able to hike prices faster than others. The moot question is whether the demand revival of Q3 will continue against the backdrop of Omicron-led uncertainty causing disruption.