A supermarket in Buffalo, New York where a gunman killed 10 Black people in a racist shooting spree is set to reopen two months after the attack.

A moment of silence and prayer will be held at Tops Friendly Market on Thursday, a day before the grocery store will officially reopen to the public, the company said.

“We will not let hate win. The reopening of the completely renovated Tops is a major step forward in our efforts to heal and build our community back stronger than ever,” Mayor Byron Brown said in a statement this week.

The May 14 mass shooting in a predominantly Black neighbourhood of Buffalo sent shockwaves through the community and across the United States, with President Joe Biden condemning the “poison” of white supremacy following the attack.

Three people were wounded and 10 killed, all of them Black, when an 18-year-old gunman clad in body armour opened fire on patrons and employees with a semi-automatic rifle. The ages of the victims ranged from 32 to 86.

Investigators have said the accused attacker held white supremacist beliefs and had researched the demographics of the area where the market is located, in an effort to kill as many Black people as possible.

He drove more than three hours from Conklin, New York, to carry out the shooting.

Since it opened in 2003, Tops has been the only supermarket in the immediate area of the East Buffalo neighbourhood. The area, which suffers from high levels of poverty, had spent years fighting for a grocery store.

When it closed following the shooting, many residents were forced to find other ways to access fresh food, by taking the bus to other locations or relying on neighbourhood food programmes.

The decision to reopen rather than relocate Tops has been met with mixed feelings.

“We must go on,” said Tops employee Rosalie Bishop, who has worked at the store for 12 years and wants the store open again.

Others wondered if reopening is the best way to move forward, with some suggesting the store could be turned into a park or a community centre.

Some residents question if they can bring themselves to return to the site of such horrible events.

The accused shooter, Payton Gendron, was apprehended in front of the store and faces several federal and state charges, including “domestic terrorism”. He has pleaded not guilty.

The US Justice Department said on Thursday that a federal grand jury had charged Gendron with 14 hate crimes offences and 13 firearms violations in an indictment that accused him of “willfully causing the death of the victims because of their actual and perceived race and color”.

“The Justice Department fully recognizes the threat that white supremacist violence poses to the safety of the American people and American democracy,” Attorney General Merrick Garland said in a statement.

Authorities say Gendron spent months laying out his plans in an online diary and livestreamed the attack using a helmet camera.

Brown, the city’s mayor, said he had doubts about reopening the store, which underwent a complete renovation since the attack, but believed the overhaul will be a positive.

“I realize that not everyone will feel comfortable returning to the store,” he said in the statement on Wednesday, adding that he is encouraging other retailers to serve the area.

“None of us will ever forget the cruel, racist attack … However, the reopening of this food store is a major first step in the healing and rebuilding process,” Brown said.

Bishop, the worker, has already returned to help lay the groundwork for the store’s reopening.

Her first day back went smoothly, but on the second she went home shaken after a security drill with flashing lights. 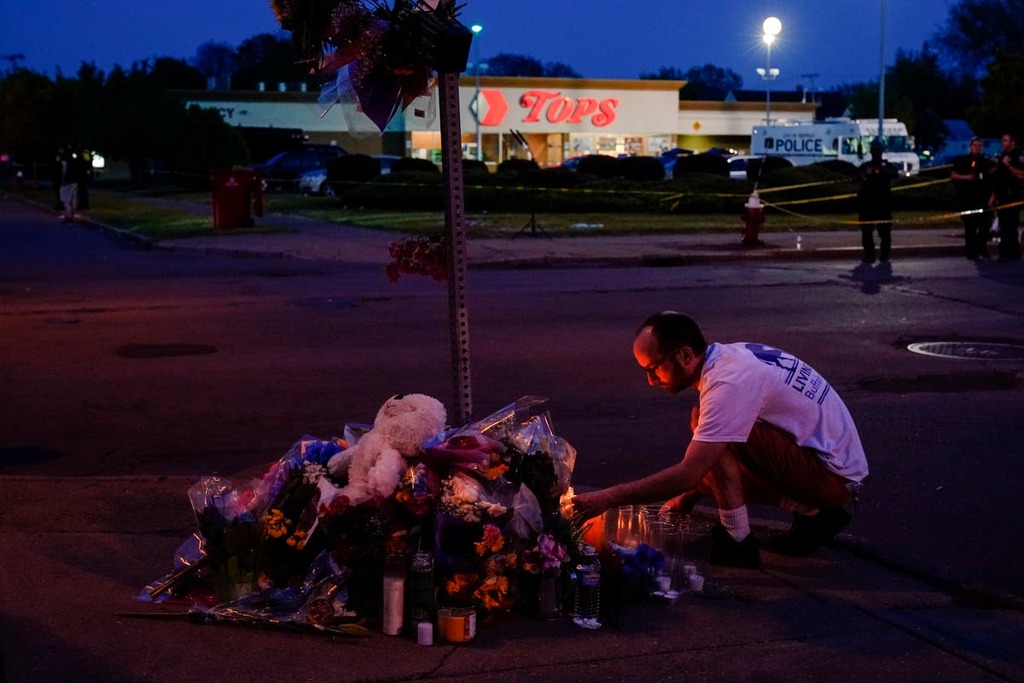 The Independent UK
From analysis to the latest developments in health, read the most diverse news in one place.
Tops grocery store in Buffalo reopens to mixed reactions after mass shooting

The Tops supermarket in Buffalo, N.Y., where 10 people were killed in a racist mass shooting in May, reopened on…

WEKU
One place to find news on any topic, from hundreds of sites.
Buffalo shooter indicted on federal hate crimes charges

The charges carry a maximum sentence of life imprisonment or the death penalty.