Budget 2022: All the good news expected from social welfare to pint prices and the Christmas bonus 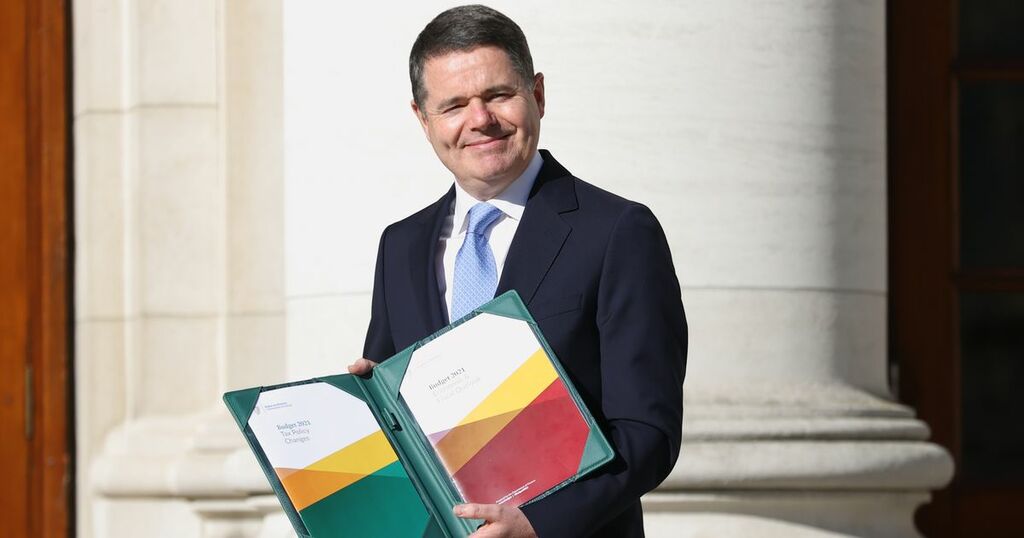 The final details of Budget 2022 are being negotiated ahead of the announcement of the €4.7 billion financial package on Tuesday.

Minister for Finance Paschal Donohoe and Minister for Public Expenditure Michael McGrath will both address the Dail in the afternoon as they reveal the specifics of the Budget.

There will be plenty of good news in today's announcement with thousands of people set to benefit from a cash boost.

Spending increases are expected in the areas of social welfare, childcare, healthcare, tourism and transport, as well as in An Garda Siochana.

Here's what we know so far:

Thousands of social welfare recipients are in line for a weekly increase in their payments, as well as a Christmas bonus.

The good news will see a total Social Protection package come in at over €900 million, with a universal €5 hike for all on any welfare benefit eating up €350 million of that.

Some €315 million has been set aside to pay the Christmas bonus to all welfare recipients, including everyone on PUP.

And it will be good news on the double for most pensioners as the fuel allowance is also going up by a fiver, from €28 to €33 a week.

The Back to School allowance is going up by a tenner and those on the lone parents allowance get an extra fiver a week.

Take our Budget survey here or below:

Carers will be a focus of this year’s Budget, with a number of initiatives, including a doubling of the Domiciliary Care Allowance period for parents caring for sick children from three months to six months.

Meanwhile, Tanaiste Leo Varadkar previously indicated that childcare would be an area of focus for the government.

“What I can say is one of the things we are of course going to examine in the context of the Budget is the cost of childcare," he said.

“It’s still the case for many people [that] childcare is like paying two mortgages or having to pay the rent twice every week and it’s also, from an enterprise and employment point of view, a barrier to people returning to the workplace.

“So I think it is something that you’ll see the government focus on in the years ahead.”

In health, funding has been approved for an extra 8,000 frontline healthcare workers and there will be free contraception announced for 17 to 25-year-olds.

Around €10 million to fund free contraception for young women will also be part of the Government’s Budget announcement on Tuesday.

The Irish Mirror understands Health Minister Stephen Donnelly has secured the funding and it’s expected the free contraception scheme will be rolled out from July or August next year.

A source told the Irish Mirror that women aged between 17 and 25 years of age will be able to avail of the free contraception scheme.

Pubs and nightclubs will be big beneficiaries of an extra €100 million tourism drive.

Wage and business supports for the owners of bars and venues, similar to the CRSS (Covid Restrictions Support Scheme) for other sectors, will be guaranteed “well into” next year.

Students or anyone between the age of 19 and 23 will be eligible for half-price public transport.

Garda numbers will be boosted by 800 next year on the centenary of the foundation of our police force, it will be announced in the Budget on Tuesday.

As the gardai mark the 25th anniversary of the establishment of CAB (Criminal Assets Bureau) a new €2 million Community Safety Innovation Fund will be established.

There will also be a package of €13 million for the Department of Justice to help tackle domestic, sexual and gender-based violence, which is a priority for the Government and Minister Helen McEntee, who returns from maternity leave in three weeks’ time.

There has been little information released so far on whether the price of alcohol or cigarettes will rise in Budget 2022.

However, it is expected that there will be no increase in the cost of drinks given the difficult year and a half it has been for those in the hospitality industry.

To get the latest political news and analysis to your inbox, sign up for our free Party Lines newsletter