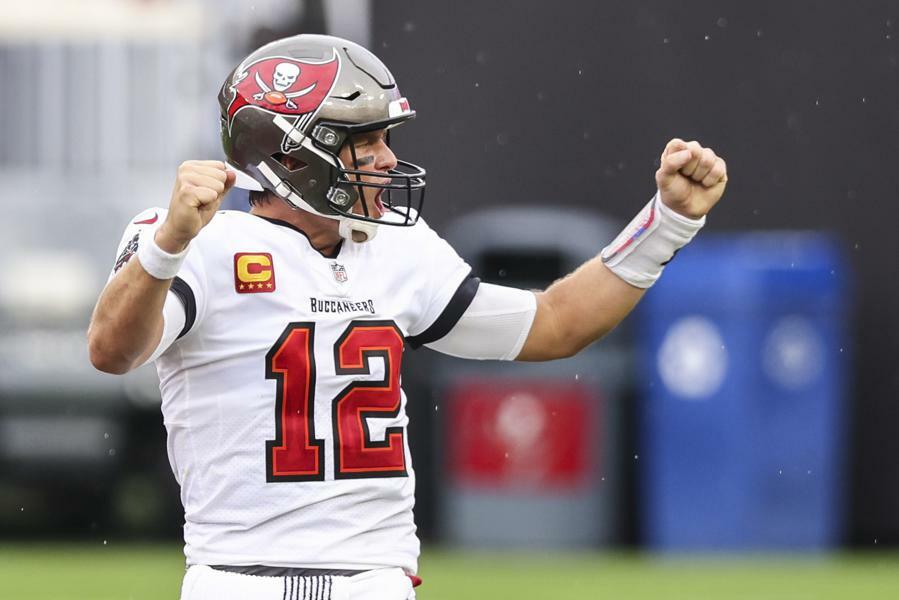 The Tampa Bay Buccaneers will host the Dallas Cowboys in the NFL Kickoff Game this evening, starting off Week 1 of the 2021 season and bringing about the long-awaited return of professional football betting.

The game will take place at Raymond James Stadium, the site of Tampa’s Super Bowl LV victory back in February. Bookmakers are projecting the Bucs to pick up right where they left off, installing the side as nine-point chalk against Dallas.

The Cowboys are massive, nine-point underdogs for the contest, their first following a disappointing 6-10 finish last year. Fans in Dallas are optimistic, however, as the club finally has a healthy Dak Prescott back in the fold and made several major adjustments to the lineup leading up to the new campaign.

One new face to keep an eye on is Micah Parsons—the Cowboys’ first-round pick and Defensive Rookie of the Year favorite—a player capable of lifting this defense after an abysmal showing in 2020.

Tampa Bay elected to keep the band together on the heels of hoisting the franchise’s second Vince Lombardi Trophy. The Bucs pulled off an impressive feat by retaining every key free agent this offseason. Their roster cohesion should them have a successful 2021 season, but it won’t be easy for the defending champs. They’ll be taking every opponent’s best shot during this expanded 17-game NFL season.

Will Tampa Bay begin mounting a title defense by securing a double-digit victory in front of a nationally televised audience, or will the Cowboys shock the world by pulling the first upset of the season?

Those looking for an answer to these questions can find a prediction for this exciting Thursday night football game at the end of the article. Before getting into the NFL Kickoff Game picks, however, take a peek at the full schedule, start times, viewing information, NFL odds courtesy of FanDuel and more for every Week 1 matchup to start the 2021 season.

*The Packers at Saints game has been moved to a neutral site in Jacksonville, Florida after Hurricane Ida impacted New Orleans.

The spread on this game has steadily shifted in Tampa’s favor after opening with the Bucs laying 6.5 points. The odds now favor the home team by nine points, but that sizable line hasn’t deterred bettors from hammering the Bucs.

The 2021 NFL Kickoff Game went up on the board with an over-under of 52 points. That line hasn’t changed much in the time since, with most shops adjusting it down just a half-point at most.

The public is clearly rooting for a barn burner to open the new season, evidenced by 57 percent of all wagers coming in on the over. The sharper bettors are projecting scores to be at a premium in this contest, however, thoughts that are reflected in the handle. With only a few hours left until the game’s start time, 60 percent of the cash bet on the total is on the under.

Due to their status as a heavy favorite, bettors will need to risk $4.30 to win $1 on the Buccaneers starting the 2021 NFL season with a “W”. Those who believe the underdog Cowboys will pull an upset can make a moneyline bet, one that would return $3.30 for each $1 risked.

At these current odds, Vegas is implying an 81.1 percent probability that Tampa Bay ends up as the victorious team this evening. Dallas has just a 23.3 percent chance of upsetting based on its odds. Those wondering why the percentages add up to more than 100 percent should know it is due to the vig, which is the cut a bookmaker takes for facilitating bets.

Both the Cowboys and Bucs are healthy coming into the 2021 NFL season. Only one player from each squad’s active rosters will be sidelined in Week 1. Dak Prescott—who hasn’t suited up for Dallas since October—is listed as probable, but the Cowboys signal-caller will start in the opener.

Here are the players that do have injury designations for the NFL Kickoff Game:

The Cowboys will have a tough time stopping an electrifying Bucs offense that was instrumental to the team’s most recent Super Bowl victory.

Tampa Bay finished the 2021 campaign having averaged 30.8 points—the third-best mark in the league—and racked up over 384 yards of offense per game. The team kept that exact same scoring average throughout the playoffs and still managed to put up 378.5 yards per game against four quality postseason defenses.

With Tom Brady back for another run and once again joined by a top-tier supporting cast—one that includes Chris Godwin, Mike Evans, Rob Gronkowski and other elite weapons—the Bucs should have few issues putting up more big numbers again in 2021.

Dallas’ 2020 campaign went off the rails for several reasons, but its defensive performance ranks high on the list of failures. This unit gave up 386.4 yards per game to the opposition and its 158.8 rushing yards allowed ranked as the league’s second worst. Few teams allowed foes to score more, as the Cowboys gave up a pitiful 29.6 points per game, making it fifth-worst scoring defense in football last year.

Credit Dallas’ brass for recognizing these issues and working relentlessly to fix them during the offseason. The team utilized each of its first six draft selections on defensive prospects—a run that started with standout linebacker Parsons at No. 12 overall—and expended eight of 11 total picks on that side of the ball.

The Cowboys also signed some veterans to pitch in on this defensive overhaul, coming to terms with guys like Keanu Neal and Tarell Basham to plug some glaring holes on the roster.

The Cowboys will begin to find out if these moves were the right ones tonight against Tampa, arguably the toughest test Dallas will face all season.

Even with a new-look defense and Prescott back in the mix, the Cowboys have little chance of spoiling Tampa’s banner-raising ceremony. The team is too thin and too young at too many critical positions, especially within its defensive ranks.

Don’t sleep on Dallas keeping this one close, however. The offense has a ton of potential and the talent to match the Bucs blow-for-blow for most of the season-opener.

Dallas has one of the NFL’s most enviable receiving corps, featuring second-year sensation CeeDee Lamb—expected to take on a larger role this year—and top-tier veterans in Michael Gallup and Amari Cooper.

Before going down last year, Prescott had this unit firing on all cylinders. The potential is there for this group to immediately get back to playing at the high level it was prior to the QB’s injury.

For that reason, it’s not an impossible ask for the Cowboys to finish within 10 points of Tampa, which is all they need to cover the spread and cash tickets for backers. As long as Prescott is close to 100%, he has the skill and the weapons surrounding him to keep Dallas in the thick of things.

Star running back Ezekiel Elliott should play a big role for the Cowboys tonight. The 26-year-old looks primed for a bounce-back season, getting a huge boost from Prescott’s passing ability and the respect it commands from opposing defenses. Expect to hear Elliott’s number called plenty of times tonight, especially if the Cowboys manage to go up early.

Barring a herculean performance by Prescott, Elliott and the Dallas wideouts, Brady and the Bucs will ultimately pull away late. The future Hall of Famer will find enough holes in this soft defense and will surgically dissect the weak points once exposed.

Tampa bettors won’t be able to rest easy this evening though. Even if the Bucs take a commanding and have the game well in hand by the fourth quarter, the spread is simply too large to feel comfortable covering until the final whistle blows.

With a nine-point betting line, the threat of a backdoor cover will loom large during the closing drives of this 2021 NFL season opener. Even if the late score is ultimately meaningless, it will push the Cowboys within nine points and result in an ATS win for the underdogs.