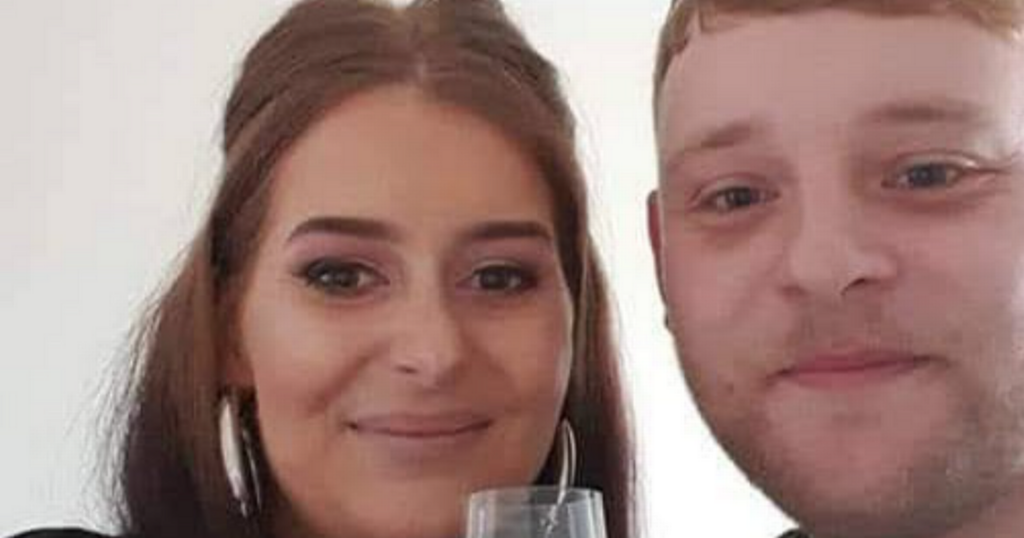 A Scots mum-of-four has died just two weeks after getting married to her soulmate.

Rio Anderson passed away on Monday after a battle with cervical cancer which spread to her lung, spleen, diaphragm, and stomach.

The 31-year-old’s family has been left distraught by the loss as she leaves behind her husband Lee Anderson, and four young children aged 12, 8, 2, and 1.

She had been diagnosed with cervical cancer weeks before her 30th birthday on 1st May 2020.

‘Bubbly’ Rio, from Fort William but living in Kilmarnock, had tied the knot with partner Lee after loved ones helped pull together the 'magical wedding’ on August 28th.

The pair were married in their local pub with just close friends and family after getting engaged in lockdown last summer.

Rio's health had begun to rapidly deteriorate in recent weeks and she made the agonising decision to move into Ayrshire Hospice on 3rd September.

The devoted mum passed away with her husband by her side on September 6th leaving her family heartbroken by the huge loss.

Rio’s shattered cousin Donna Mosson Wales told the Daily Record: “She has left a huge hole in everyone's lives and will be very sorely missed.

“She had a very bubbly, loving personality and she lived for her kids and family.

“Our family and close friends are all trying to come to terms with it, but her memory will live on through her babies.

Donna told the Record Rio was desperate to marry partner Lee in her final weeks before making the difficult decision to enter a hospice for end of life care.

She continued: “She was Rio Morrison until she fulfilled her dream and got married to Lee after close friends rallied round and organised a magical wedding day.

“Despite how ill she was, Rio was desperate to go through with it and have their big day with close family and friends by their sides.

“She was determined not to go to the hospice and Lee and other family members had been caring for her at home, but she knew it was time.

“Lee and some immediate family members spent her last few days by her side in the Hospice.

“Sadly she passed away on 6th September with Lee by her side.”

Mum-of-four Rio had given birth to her youngest baby in November 2019 but found she was still heavily bleeding in early 2020.

Doctors discovered cervical cancer in May 2020 but the cancerous cells failed to respond to treatment.

The aggressive cancer spread to her lung, spleen, diaphragm, and stomach, leaving medics with no choice but to begin palliative care.

Rio continued to keep her spirits up and fight for her life throughout the lockdown but tragically lost her battle this week.

Her family are now fundraising to help pay for her funeral and relieve some of the pressure of daily living costs for Lee and the four children.

Their JustGiving page reads: “Sadly, Rio, at age 31, the beautiful wife and mum of the family has passed away after a short battle with cancer.

“To help the family with funeral costs and to help with everyday living costs over the coming months we are hoping to raise a few £'s to ease the burden on Lee.

“If anyone would like to donate any amount, big or small to this fund it would really be gratefully appreciated. Your generosity will go towards helping with the funeral costs and to relieve some of the pressure of daily living costs.

“Let’s help this family as much as we can.

You can donate to the page here.