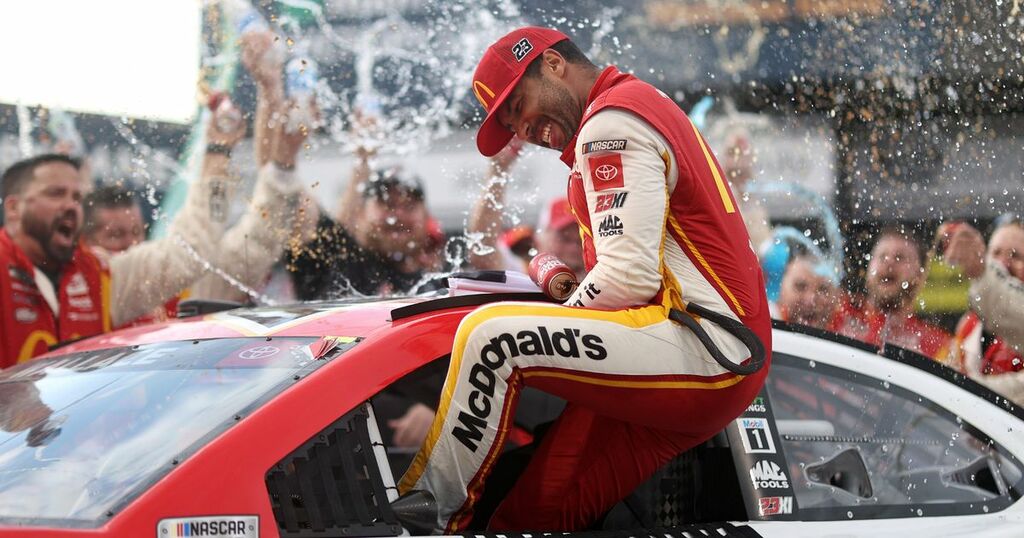 NASCAR driver Bubba Wallace made history on Monday as he became the first black race winner for 58 years - in a car owned by NBA legend Michael Jordan.

Wallace won the NASCAR Cup Series event at Talladega Superspeedway in Alabama with the 27-year-old leading the race when it was cut short by rain.

He became the first black winner of a NASCAR race since Wendell Scott in 1963.

"I never think about those things," Wallace insisted. "But when you say it like that, it obviously brings a lot of emotion, a lot of joy to my family, fans, friends. It's pretty cool. Just proud to be a winner in the Cup Series."

Wallace is the only full-time black driver in NASCAR and last year successfully campaigned to get the Confederate flag banned from races.

He feared he had been the subject of a racial attack when a noose was found in his garage stall, but the FBI ruled it was a handle on a garage door that had been there since the previous year.

The car he won in is jointly owned by Jordan and three-time Daytona 500 winner Denny Hamlin who formed a new single-car NASCAR Cup series team with Wallace as their driver last year.

"This is for all those kids out there who want to have an opportunity in whatever they want to achieve, and be the best at what they want to do," Wallace added.

"You've always got to stick true to your path and not let the nonsense get to you.

"Stay strong. Stay humble. Stay hungry. There have been plenty of times when I wanted to give up. And you surround yourself with the right people, and it's moments like this that you appreciate."