The two light heavyweights are set for what is a south London derby in the boxing world and the pair are certainly familiar with each other. Buatsi came out on top when they fought in the 2014 South East London ABA Final.

Since then he he has won bronze at the 2016 Rio Olympics and has moved to 15-0 as a professional, though this will be by far the biggest test he has faced since turning over. Buatsi has been out of the ring since beating Ricards Bolotniks last August with an 11th-round stoppage.

Richards meanwhile has two losses on his records, to Frank Buglioni five years ago and to Dmitry Bivol a year ago.

That points defeat to Bivol was certainly nothing to be ashamed of, with Richards produced an impressiv display particularly in the latter rounds. As Canelo Alvarez’s recent defeat to Bivol showed, the Russia is a force to be reckoned with at 175lbs.

While there is plenty on the line in terms of pride in Saturday night, it is a huge fight for what comes next. The winner can begin thinking about positioning themselves for a world title shot, while a rebuild job will be required for whoever falls short.

Also on the card is the always exciting Alen Babic, looking to extend his record 11-0. The 31-year-old is yet to be taken past the sixth round in a fight, and he faces Adam Balski.

Watch Buatsi vs Richards live on DAZN, sign up here.

Robbie Davies Jr. defends his WBA Continental super lightweight title against Javier Molina, while there is world title action on the bill as Chantelle Cameron puts here WBC and IBF belts on the line against Victoria Moelia Bustos.

Cheavon Clarke is in action earlier in the night - promoter Eddie Hearn recently put him forward as a possible opponent for Jake Paul.

Buatsi vs Richards takes place this Saturday, May 21, 2022 at the O2 Arena in London.

The main undercard is set to get underway at 7pm BST, with the rings for the main event scheduled for 10:15pm BST.

As ever, these times are subject to change depending on the length of the undercard bouts.

How to watch Buatsi vs Richards

TV channel: Buatsi vs Richards is being broadcast live on sports video streaming service DAZN. Fans can subscribe to DAZN for £7.99 a month.

The service can be viewed on smart TVs in addition to other devices such as computers, mobiles, gaming consoles and tablets.

Live blog: Follow all the action with Standard Sport’s LIVE blog on the night, including full undercard coverage.

There is no doubting that Richards has been tested more than Buatsi in the professional ranks, with that Bivol bout last year surely standing him in good stead.

For that reason it’s difficult to know exactly how good Buatsi is, or can be. Everything we’ve seen of him has been incredibly impressive, and with Virgil Hunter in the corner there is no reason why he can’t go all the way in the division.

He now faces a real step up in quality and it’s a chance for him to put a statement win on his resume.

All of Buatsi’s last ten wins have come inside the distance and while the fight will perhaps be closer than the odds would suggest, he is expected to be the classier fighter in the ring.

Richards will make it an uncomfortable night and has the chin and stamina to take the fight deep, but Buatsi’s power may well eventually tell late on.

Buatsi to win by stoppage, round nine. 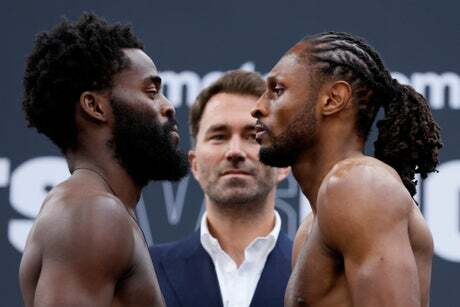 Buatsi vs Richards live stream: Where to watch fight online and on TV tonight
Joshua Buatsi and Craig Richards fight for south London bragging rights this weekend at the O2 Arena.

Evening Standard
One subscription that gives you access to news from hundreds of sites
Joshua Buatsi vs Craig Richards live stream: How to watch fight online and on TV this weekend

The Independent UK
Joshua Buatsi vs Craig Richards live stream: How to watch fight online and on TV this weekend