BTS Break A Tie With Blackpink To Score The Fifth-Longest-Charting Korean Song In U.K. History 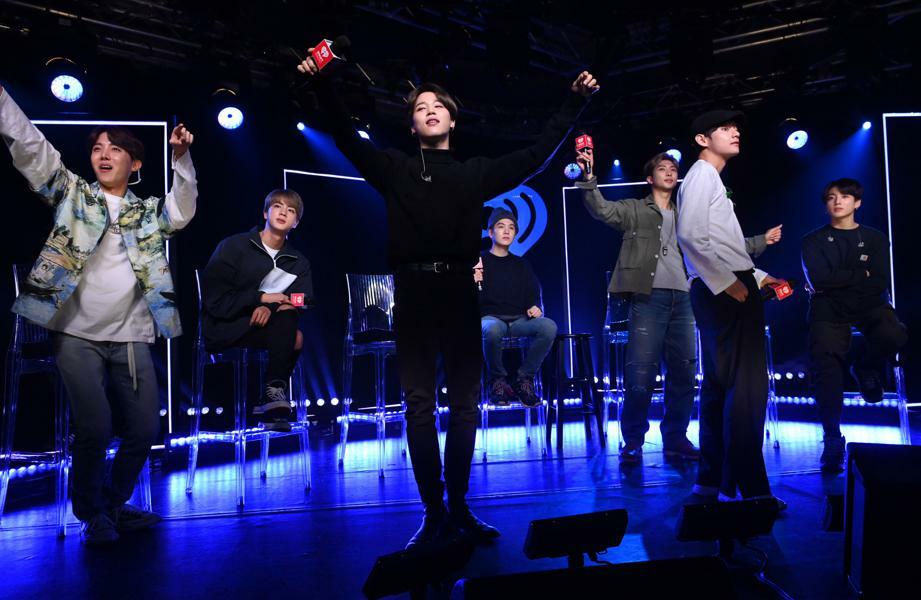 Two weeks ago, BTS’s “Butter” finally fell off the U.K. singles chart, slipping from No. 69 to somewhere below the No. 100 mark. Last frame, the tune returned, and not just to the ranking, but to the top 40 region, as it reappeared at No. 32. Now, it’s down again to No. 62, and while it could vacate the tally in just a few days, perhaps for good, the cut has made history by spending one more turn on the list.

“Butter” has now lived on the U.K. singles chart for 13 weeks, which has turned out to be a very lucky sum for the group. With their single spending one more spin on the ranking, the band breaks out of a tie with another one of the biggest vocal groups to hail from their home country.

Last time around, BTS’s “Butter” was tied with Blackpink and Dua Lipa’s "Kiss and Make Up" as the fifth-longest-charting songs in U.K. history by South Korean musicians, with a dozen weeks spent on the ranking apiece. Now, BTS has broken out of that match, and “Butter” holds in fifth place alone.

The longest-charting song by any South Korean musical act in U.K. history remains Pinkfong’s “Baby Shark,” which has thus far racked up an incredible 72 weeks on the tally. That number isn’t just enough to make it the most successful track by a soloist or band (or brand, as some might refer to Pinkfong) from the Asian nation, but one of the longest-running winners ever.

Psy’s “Gangnam Style,” which is still the only track by a South Korean act in U.K. history to hit No. 1, is the only other tune by a musician from the Asian territory to live on the ranking for at least a year. The insanely viral hit went on to spend an incredible 55 frames somewhere on the 100-spot tally.

BTS’s “Dynamite” sits in third place on the ranking of the tunes by South Korean musicians that have racked up the most weeks on the U.K. singles chart, as it earned 27 stays on the roster. In between “Dynamite” and BTS’s other smash “Butter” is Psy’s “Gentleman,” which is the fourth-longest-charting track among all releases by South Korean acts. That latter title managed 19 weeks on the tally.