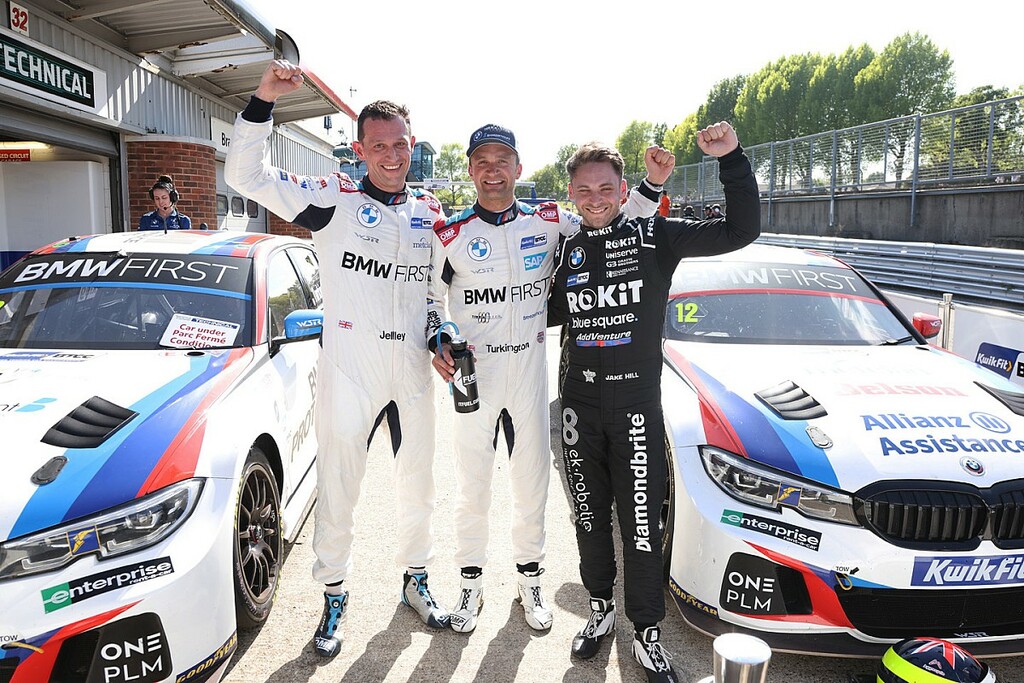 Autosport
One subscription that gives you access to news from hundreds of sites
BTCC Brands Hatch: BTC Racing's Cook storms to Race 1 win

Local racer Crees, who has returned to the BTCC this season for the first time since 2020 with Power Maxed Racing, sat atop the times in his venerable Vauxhall Astra until Jelley knocked him off the top spot inside the final minute of running.

In turn, Crees had demoted long-time pacesetter Josh Cook, who spent the final 10 minutes of the session in the pits with his BTC Racing Honda Civic Type R.

“It’s the next one [qualifying] that counts,” Jelley told Autosport.

“It’s a bit of a strange top 10, but I’m in the BMW with the most hybrid in qualifying, so I’ve got to make it pay.

“We’ve been trying a few different things for the day, but we’ve been lucky.

With the hybrid systems now operable on the cars, times tumbled from the earlier session.

Crees had his usual exuberant style clearly on display, but pushed just too hard on the lap after setting his best – a snap of oversteer at Surtees sent him charging across the grass, and then to the pits.

First-session topper and championship leader Tom Ingram was another to improve late on, and he placed his Excelr8 Motorsport Hyundai i30 N in third position in conditions that had warmed up considerably since the cars were first on track.

Cook’s best remained good enough for fourth, while Jake Hill joined Crees to make it two Kentishmen in the top five aboard the second of the WSR-run BMWs.

George Gamble continued the impressive form from his BTCC debut in the opening round at Donington, looking extremely strong as he took sixth best in his Ciceley Motorsport BMW.

Adam Morgan, in the second of the Ciceley BMWs, rounded out the top 10.

It was a morning of tribulations for Motorbase Performance and Team Hard, with Dan Cammish the best-placed of the former team’s Ford Focuses in 18th place and reigning champion Ash Sutton looking very loose on his way to 21st.

Meanwhile, the quartet of Team Hard Cupras accumulated at least four spins between them, with only Bobby Thompson keeping it pointing in the right direction within Autosport’s vision.

Autosport understands that the cars powered by the new M-Sport-built customer TOCA engine have had their boost reduced this weekend by 20 millibars after being granted a 40-millibar concession during the opening event at Donington.

Crees was the best-placed of them ahead of Cook and 11th-placed Rory Butcher’s Speedworks Motorsport Toyota Corolla.

Autosport
One subscription that gives you access to news from hundreds of sites
BTCC Brands Hatch: BTC Racing's Cook storms to Race 1 win