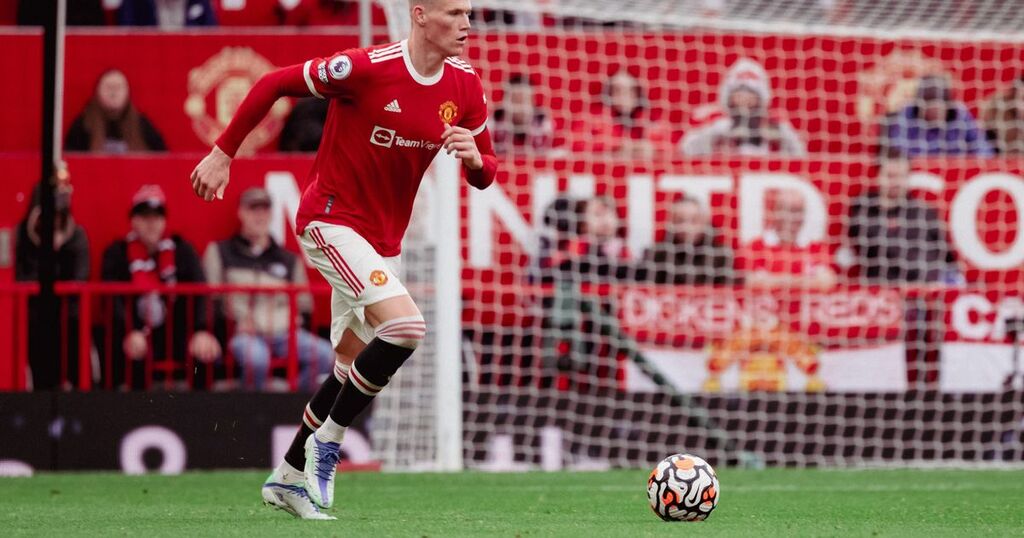 McTominay has often been deployed at the base of United’s midfield partnering Fred, being used to break up play and allow the attacking players on the field to flourish.

At times in his Old Trafford career, the Scotland international has been given license to get forward to devastating effect and has popped up with some big goals.

Against Leeds United last season, McTominay constantly found himself driving forward with the ball and scored twice inside the opening three minutes as the Red Devils ran out 6-2 winners.

As manager Ole Gunnar Solskjaer looks to add another midfielder to the ranks next season with the club being linked to both Kalvin Phillips and Declan Rice, the former United captain says United have a player in McTominay who has more to offer the side if they slightly adapt his role.

He told the BBC: ‘The coaches either want an attacking midfielder or a sitting midfielder but I still think there are people out there who can do box to box.

“They’ve just got to work a little bit harder and get their finishing right. I think we have one at this club in Scott McTominay, I don’t think he just has to be a sitting midfield player and just class as a defensive player.

“He’s scored seven goals last year and I think where maybe Scott can improve as a player is trying to get between 10 and 15 goals every season.

“If you’re a midfield player and stay away from injury then you can achieve that. I think Scott’s got that in his locker.”

In the past McTominay has said that he sees himself as more of a number six or eight.

"It's my ambition to be a regular number six, number eight, a box-to-box player,” McTominay said in 2019. “That's my main ambition. That's always been my goal. It's important that I really go for that now.

"Obviously there is an opportunity there and you've got to take it with both hands. Last year I had some decent performances and it's important that I carry on from that."

Do you agree with Bryan Robson - What is Scott McTominay's best position? Let us know in the comments below and online @ManUtdMEN.