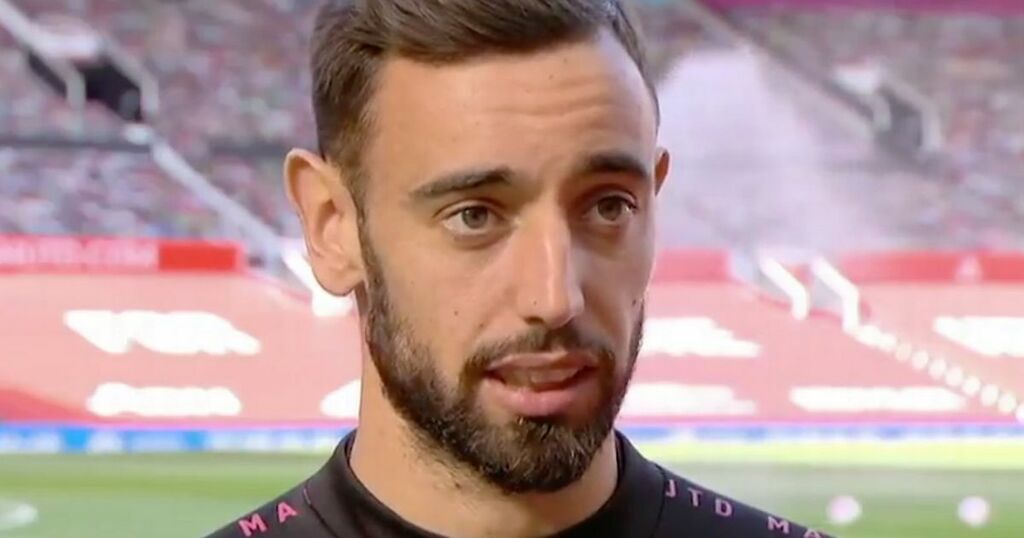 Bruno Fernandes has hit back at reports of a Manchester United exit suggesting April Fools has come early.

The Portuguese playmaker was linked with a move to Barcelona as the Red Devils struggle to get ahold of their season.

Fernandes, a hugely influential figure during Ole Gunnar Solskjaer's tenure, has been unable to have the same impact this term.

He and some of his teammates have been criticised for their behaviour on the pitch.

Wolves were the latest side to deal United a defeat, the first under Ralf Rangnick, which has led to rumours of discontent at Old Trafford.

Speculation regarding a mass exodus has led to players underlining their commitment.

Fernandes is among those who would not be short of suitors were he to move on, but the 27-year-old has hit back at speculation on a social media post from a Portuguese publication.

Have Your Say! Should Man Utd cash in on Bruno Fernandes? Tell us your prediction here.

He said on Instagram : "And I thought we had changed the year a few days ago and after all we are already on April 1st or is it once again just bad journalism?"

El Nacional reported that Barcelona would pursue Fernandes if their attempts to sign Erling Haaland failed.

The Norwegian is being linked with several major European clubs, but Real Madrid are seen as his priority.

United have opted to pull out of the race to sign the Borussia Dortmund star.

Midfielder Fred has taken to social media to hit back at reports of a player exodus on the red half of Manchester.

He said: "Over the past few days I have read several fake news [articles] involving my name and other MUFC athletes,’ he wrote on social media on Friday afternoon.

"I’m not in the habit of answering controversial stuff publicly, but this time I will have to.

"I just want to say that I am very happy here and I have never expressed any dissatisfaction and the possibility of leaving the club."

Marcus Rashford too has responded to speculation as he faced personal criticism.

The United academy graduate is attempting to establish himself under Rangnick having appeared from the bench last time out.

He said on Twitter : "We've all been disappointed with recent performances and we've been as disappointed with the news coverage questioning our commitment to not only the manager and the coaching staff, but to the club.

Before adding: "I'm my own biggest critic. It's been a tough start but I'm determined to prove my worth.

"My dedication and my desire to be here should never be in question. I love this club."