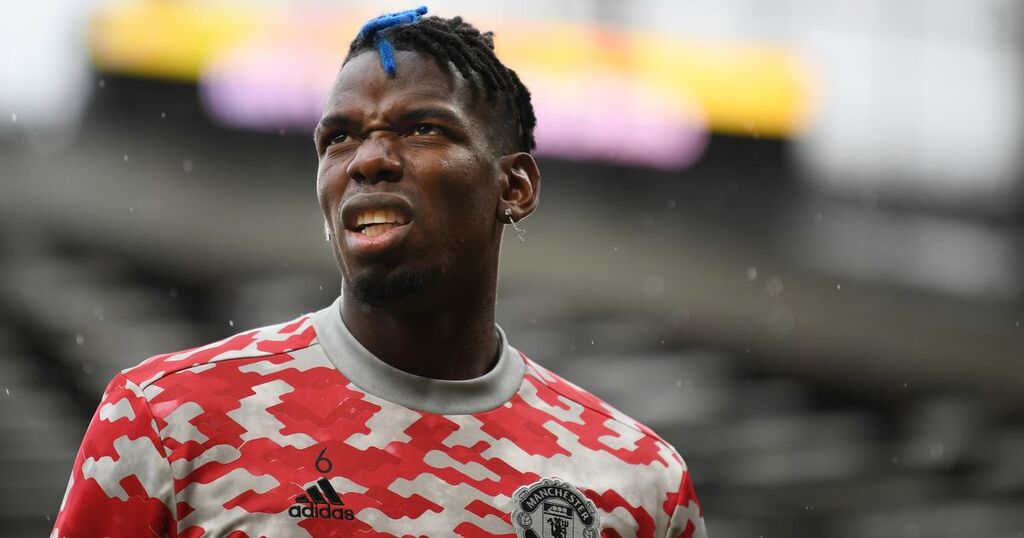 We've been here before, haven't we? A couple of days after the international break and the main topic of conversation seems to be Paul Pogba.

The Manchester United midfielder returned to training on Wednesday as a Nations League winner and although it doesn't hold the same prestige as a World Cup or Euro winners medal, it's still an impressive accolade.

If you didn't watch the game, Pogba put in a commanding performance in the middle of the pitch, emphasising why that's his best position. Acting as a number eight without any defensive duties is exactly where you want him to play. He had an 84% pass accuracy, won 11 ground duels, completed six successful dribbles and two further clearances in a complete all-round display.

But it wouldn't have been an international break if we didn't hear anything about his future at United. It was always going to happen, whether you like it or not.

When asked about his future following France's victory over Belgium on Thursday, the 28-year-old told Sportmediaset : "I always speak to my former teammates, such as Paulo [Dybala].

Pogba has less than 12 months remaining on his current United deal, but recent reports have indicated a willingness from the Frenchman to sign a new contract with his current club.

A report from The Athletic has suggested that United have made a contract offer to Pogba which would make him the second-highest earner at the club on close to £400,000-per-week - around £100,000 more than at present.

Apparently, he's open to re-signing but he's taking time as it's a huge decision for a player of his age. It's probably his last big contract at a club unless he becomes as consistent as Lionel Messi or Cristiano Ronaldo.

However, the MEN understands that although United are hopeful Pogba will commit to the club, he's still hasn't agreed anything and is open to all options. He could stay, but he could also go.

There is no doubt that Pogba is a world-class player and, on his day, he's unplayable. But do we see that day enough in a United shirt? This has been probably the biggest talking point throughout his career at Old Trafford so far. Brilliant but inconsistent.

Pogba could leave United, yes, but are there better options available to him? Paris Saint-Germain? Maybe. Real Madrid? I think United have a better squad to be honest. Juventus? Same situation as Madrid. The grass isn't always greener on the other side.

It speaks volumes that Pogba doesn't have his own individual chant with United supporters, despite being at the club longer than the likes of Bruno Fernandes and Edinson Cavani.

United have a bigger issue than that though. Does anyone remember the problem Alexis Sanchez posed for the club? Yes, Pogba is not Sanchez, but the amount of uproar his contract caused with other players was unlike anything seen before. It was a dark period at Old Trafford.

Pogba is influential to Ole Gunnar Solskjaer's team and has started the season off so well with his seven assists, but is he United's talisman? You'd have to say no when he shares a dressing room with the likes of Fernandes and Cristiano Ronaldo.

Ronaldo is obviously going to be the highest-paid player, but does Pogba deserve to be the second-highest if we're going off reports? I know he brings stardom and everything, but surely Fernandes is the one who deserves it when you think of the impact he's had since he signed.

One of the tasks for United when Jose Mourinho left was to balance the books, so rewarding Pogba with so much money has the potential to cause conflict once again.

Hopefully, it won't cause any disruption because Solskjaer's squad seem like a humble bunch, but United have to be wary of any problems this might create.

Should Pogba stay at United? Follow our United On My Mind writer Omar Garrick on Twitter to get involved in the discussion and give us your thoughts on the matter in the comments section below.