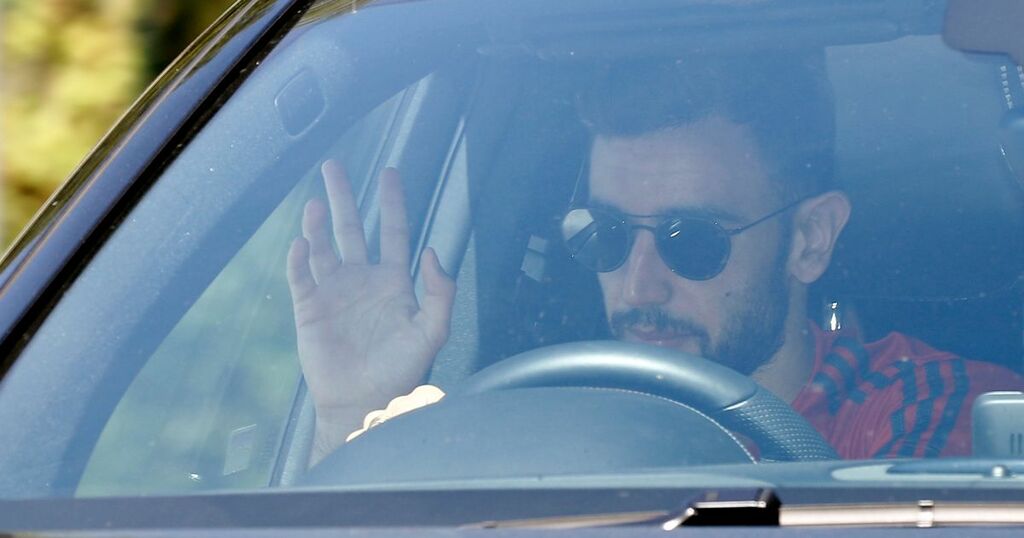 Bruno Fernandes has been in contact with Manchester United transfer target Raphinha.

The Red Devils were linked with the Leeds United winger in the summer window, but a deal did not materialise as Ole Gunnar Solskjaer's plans changed once Cristiano Ronaldo was available.

But United could go back in for the Brazilian in January as they retain an interest in the forward, reports The Sun.

And Fernandes, who infamously dubbed himself 'Agent Bruno' following the signing of Cristiano Ronaldo, has been giving the club another helping hand by keeping in touch with Raphinha.

Fernandes previously played alongside Raphinha at Sporting Lisbon, with the duo striking up an impressive connection on and off the pitch.

HAVE YOUR SAY! Would Raphinha be a good signing for Man Utd? Comment below

And the United star has been full of praise for his former team-mate as he continues to impress for Marcelo Bielsa's men.

He said: “I miss Raphinha.

“He is a player with whom I had a different chemistry from the others, he understood me at a glance.”

Raphinha has since revealed the pair are still in touch as Fernandes congratulated him on getting a call up to the Brazil squad.

He said: "Bruno congratulated me a lot [after being called up by Brazil].

“He told me that I deserved it so much, that I had been deserving it for a while.

“This happens with friends who talk a lot, more intimacy like that, more jokes.

“But he praised me a lot, congratulated me.

“He said he wasn’t surprised at all by what was happening and what would happen."

Bruno claims he played an integral part in convincing Ronaldo to make the switch to Old Trafford as he turned down an approach from Manchester City.

Fernandes wrote on Twitter: "‘Agent Bruno’?", complete with an emoji of a suitcase, shortly after news broke that Ronaldo would be headed to United from Juventus.

He added: "Welcome back home Cristiano," with a subsequent emoji of a goat - to signify the forward's assumed status as one of the greatest players of all-time.

Prior to Ronaldo's arrival, Solskjaer revealed that Fernandes was in direct contact with his compatriot.

He said: "We've always had good communication. I know Bruno's been talking to him as well and he knows what we feel about him. And if he was ever gonna move away from Juventus he knows we're here.

"We focus on the ones we have there, I don't want to speculate too much on Cristiano, what's happening there with the press.

"We've always had good communication. I know Bruno's been talking to him as well and he knows what we feel about him. And if he was ever gonna move away from Juventus he knows we're here."