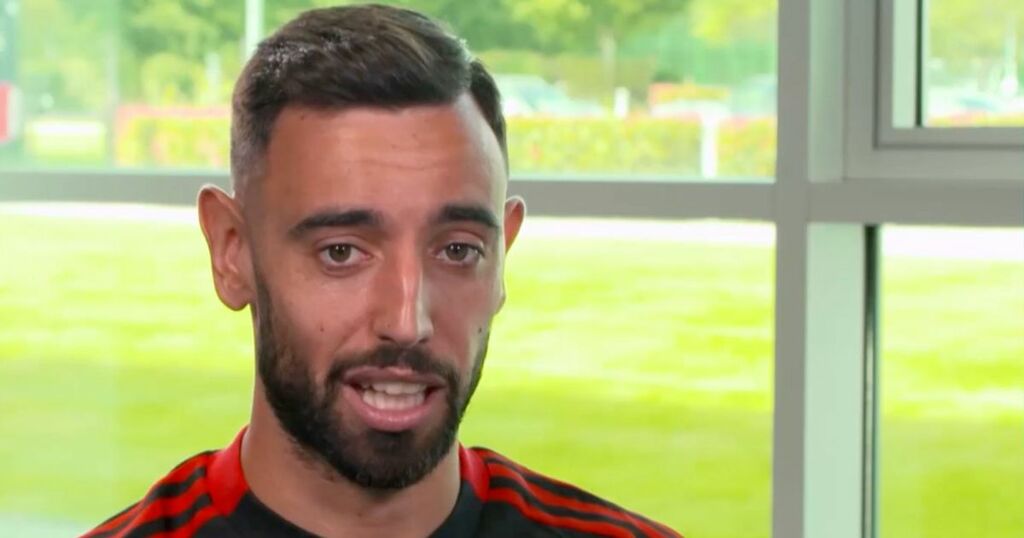 Bruno Fernandes appeared to issue a warning to Cristiano Ronaldo over the debate of who will take set-pieces at Manchester United this season.

Portugese playmaker Fernandes has assumed the role of taking most of the goalscoring set-pieces since his arrival last January, notching up an impressive amount of strikes from the penalty spot.

However, the return of Ronaldo throws up a question mark over who will be tasked with taking free-kicks and penalties.

Fernandes has scored 21 of the 22 penalties he has taken for United - a quite incredible record.

But it appears the 27-year-old is willing to give up spot kicks to Ronaldo if it means he can keep hold of free-kicks.

“For me personally, free-kicks are something I practice and I want to get the reward of scoring. I prefer free-kicks over penalties.”

Fernandes has scored two free-kicks in his Old Trafford spell, while Ronaldo has scored some memorable strikes from distance, but only managed to find the back of the net from free-kicks once during his three years at Juventus.

Who should take penalties and free-kicks at Man Utd - Fernandes or Ronaldo? Comment below

Were Fernandes to give up penalties to his fellow compatriot, fans would see far less of his famous technique of jumping just before he strikes the ball.

And explaining why he does so, he added: “When I was at Sampdoria, there was a coach who came to me and told me to try it because in the past it had worked well.

“I started training like that, and it became the best way to take a penalty.”

Speaking directly about Ronaldo's return, which he has hinted that he had a role in, Fernandes said: “What Cristiano has done in football for the last 15 years is something amazing, things that only he or Lionel Messi could reach.”

That would be in line with how Ronaldo's former team-mate Rio Ferdinand sees the situation playing out when it comes to free-kicks and penalties.

"I think Bruno gives up penalties but doesn’t relinquish free-kicks and corners," the former Red Devils defender said on his FIVE Youtube channel. "The free-kicks around the box, he’s going to be on them I think. I think his record demands that he should do that.

"He takes the penalties, 100 per cent. They agree to give him the penalties but I think free-kicks around the box, Bruno’s just wiping the ball and putting it down.

"I think Bruno sees the bigger picture, that this guy can get us over the line to win us trophies.

"If that means my percentage of goal involvements goes down but he gets his hands on a big trophy, he’d take that all day long."