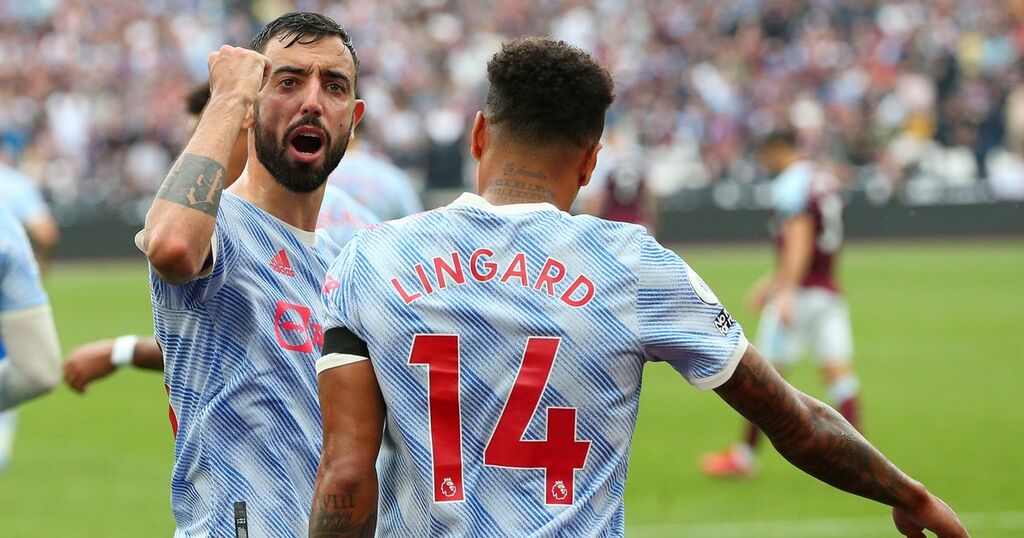 Bruno Fernandes has laid out a pretty clear message to Manchester United over Jesse Lingard.

It comes amid reports that the midfielder is set to reject a new contract offer from the Red Devils with his current deal set to expire at the end of the season.

The England international was tipped to leave in the summer with the likes of West Ham and Leicester interested.

But Ole Gunnar Solskjaer blocked any chance of a departure and insisted he was part of his plans this season - but that has so far failed to materialise.

Lingard has made just three appearances in the Premier League, all from the bench - yet has scored in two of cameos and failed to come on against Aston Villa and Everton.

It has led to the 28-year-old deciding that his future lies elsewhere and the Daily Mail report that he has rejected a new contraact with Barcelona and AC Milan preparing to make offers this January.

However, that would likely incense Fernandes, who named Lingard the best player in the Premier League during his time at West Ham on loan.

Lingard wrote in The Players’ Tribune : “After that Bruno Fernandes referred to me as the ‘best player in the Premier League’ in an interview with United … me!!

HAVE YOUR SAY! Should Lingard leave Man Utd? Tell us in the comments section

“Can you believe that?!? That’s coming from Bruno!

“I’ve got a lot of love for Bruno. He was dropping me messages of support throughout my loan. To get that recognition from someone at his level was just amazing.”

After failing to impress Solskjaer last season, Lingard left on loan for West Ham and immediately blew everyone away with his brilliant form.

In 16 appearances in the Premier League, he scored nine and grabbed four assists - earning a recall to the England side.

A sale to east London was widely touted only for a transfer to fall through.

However, United are now in a position where they could lose the Englishman for nothing and are prepared to sell in January to avoid that situation.

But they have had to lower their valuation by half after pricing the playmaker at £15m.

That is a dramatic decrease from the £30m they demanded in the summer after clubs called United's bluff.

Another player who could be heading for an exit in January is Donny van de Beek, who has also been sidelined by Solskjaer and is eyeing a departure.

Everton tried to sign the Dutchman in the summer on loan but a transfer was blocked on deadline day but that could be revisited in the winter window.