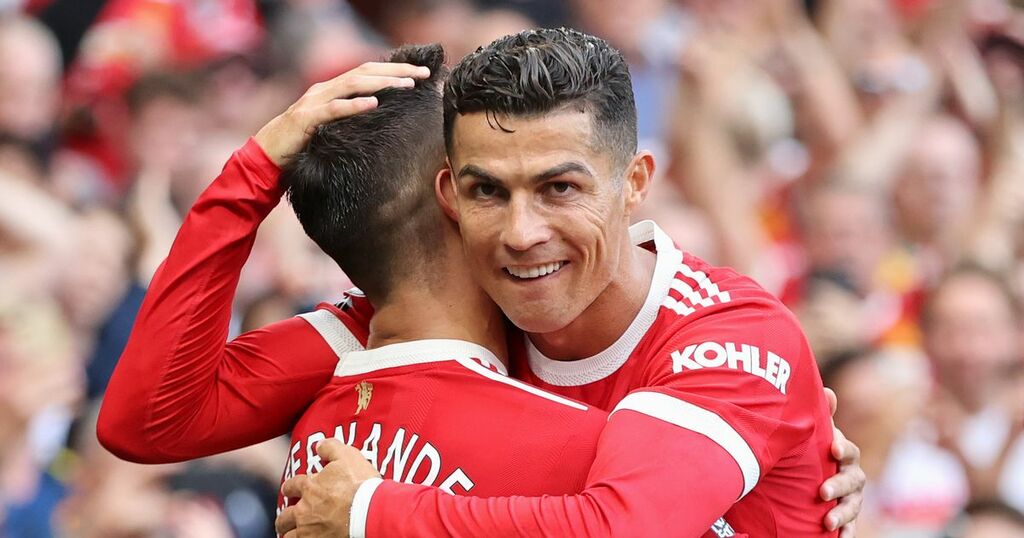 Manchester United stormed to the top of the Premier League with a 4-1 victory over Newcastle United on a day to remember at Old Trafford.

Cristiano Ronaldo returned to English football following a 12-year absence and was the star of the show, netting twice to take his overall tally at the club to 120.

Opening the scoring in the latter stages of the first half, Ronaldo doubled his account for the afternoon following the restart.

Also on the scoresheet was Bruno Fernandes, with Paul Pogba providing the assist for his fellow midfielder and also acting as provider for Jesse Lingard's effort.

The victory has raised optimism among United fans ahead of a push for Premier League glory this season, which would mark Ole Gunnar Solskjaer's first trophy at the club.

Among those to enjoy the game and the occasion was Fernandes himself, who took to social media after the game with two posts.

In one, he posted a picture of himself alongside compatriot Ronaldo with the tag 'Portuguese connection' - a pairing that could prove to be crucial come the end of the campaign.

Fernandes also posted another picture with him celebrating his goal, with Ronaldo and Mason Greenwood in the background, alongside a message that read: "Indeed, Theater of Dreams"

United are back in action this week to commence their Champions League group-stage campaign with a trip to Switzerland to face BSC Young Boys.

That is followed by back-to-back clashes with West Ham in the Premier League and the Carabao Cup, before hosting Aston Villa at Old Trafford.