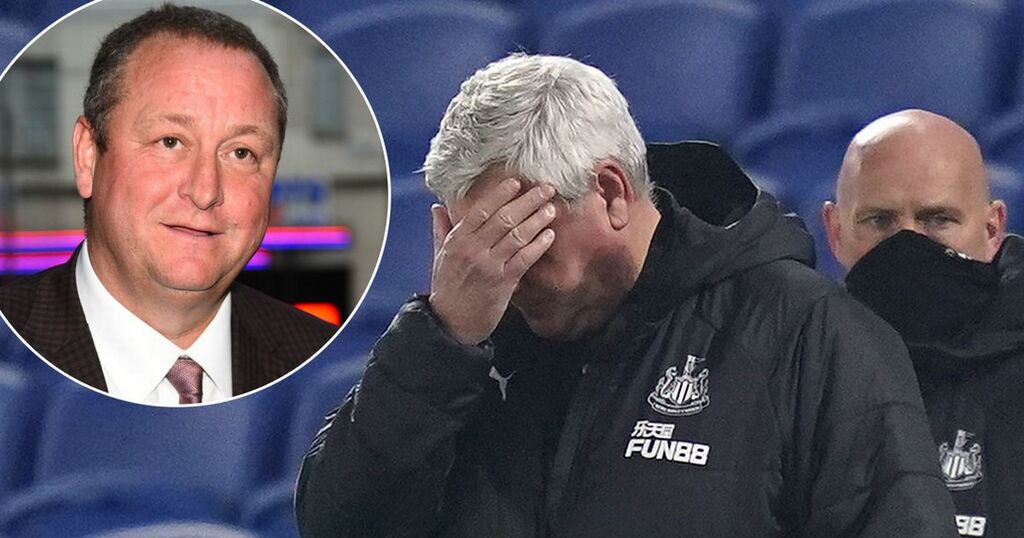 Newcastle United head coach Steve Bruce is in a 'different era' following his outburst at a question regarding whether he went on holiday during the international break.

That's the view of Chronicle Live's Mark Douglas who believes that Bruce's claims that local media have led United fans down a path of negativity is 'wrong' and that journalists had every right to ask whether the head coach spent four days in Portugal in the days before the game against Manchester United.

Having been asked the question in the post-game press conference at Old Trafford, Bruce hit out at Chronicle Live but Douglas, having worked through the managerial reigns of Joe Kinnera and Alan Pardew concedes it's nothing new.

We've heard it all before - it's a bit like what happened towards the end of the Alan Pardew era where I heard very similar things, and again it was because the team wasn't winning.

I found what Steve Bruce said, personally, poor - it was seeking to deflect blame from what is going on at the football club.

In this day and age, the Chronicle is pretty much led by the supporters rather than the other way round - that has always been the case.

As a newspaper, you're not going to start a campaign against a manager or ramp up negativity if the general feeling amongst supporters is that things are positive.

You've got to say in the summer of 2019, Steve Bruce was not the first choice of many Newcastle fans but he was given a chance.

Steve Bruce has taken exception to a few things that were written but I think it's pretty tame when you compare to what some of the things fans are saying - so I think he's just wrong.

He's living in a different era to be perfectly honest where there's kind of an omerta between managers and journalists where if you don't ask the question, it doesn't have to be acknowledged when fans are asking questions about certain things.

It's 2021, we live in the age of social media - we could ignore that question from fans but then would we be doing our jobs? No.

Now Bruce has taken exception to it because he feels in the aftermath of a defeat it questions his professionalism or whatever but that wasn't a case - it was a question that needed to be asked.

Now he could have pointed out that he wasn't happy with the question but then to go on and say the negativity is because of the local media and the Chronicle is just wrong.

But I think it's what a lot of people inside the club believe - they don't see their own role in the mess Newcastle has become.

That's become the saddest thing - I don't think Steve Bruce sees that either - his own role, I don't think he understands that so much of what he says [hurts the relationship with fans], especially during the pandemic when he was so insulated from what the fans were saying because the club has been able to stand away and be a little bit on his own.

There hasn't been that bi-weekly referendum of going in front of your fans and the club has been able to do what it always wanted - which I think is to stay away from the public and say to the supporters 'get behind us' but they don't understand that they need to earn that respect.

Steve Bruce keeps saying he can accept criticism but it doesn't feel like it, it's never felt like it.

It felt like from the first moment he or people around him snapped back at criticism very, very quickly, but the fact is when you look through his record at Newcastle it's not particularly great.

I don't think he's getting enough out of this team. I wrote after the Brighton defeat last season that I thought it was time for change but they had a great end to the season but nothing has really changed.

That is the problem at Newcastle United and the problem Steve Bruce is up against but most said when he took the job that it will end up like this and sure enough it has.

The 'critical friend' approach and why a change isn't imminent

I think this has a lot more road to run because we know what the hierarchy are like - it won't go against him that he's fallen out with the local media.

The local media and the Chronicle are great supporters of Newcastle United as an institution and we've always said we'll be a 'critical friend' of the hierarchy but at the moment there doesn't seem to be much willingness from the top to engage with supporters or media in terms of what they are thinking, and Steve Bruce is bearing the brunt of that.