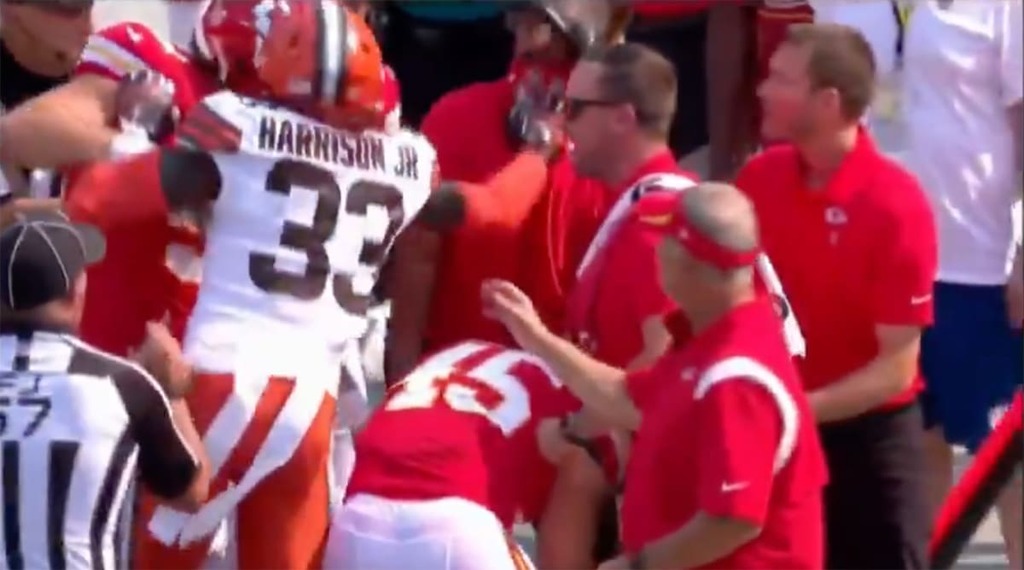 Browns strong safety Ronnie Harrison was ejected in the first quarter against the Chiefs on Sunday after an ugly altercation with one of the opposing assistant coaches.

After a play, Harrison was tangled up with Chiefs running back Clyde Edwards–Helaire, who was on the ground and trying to get up near his team's sideline where it appears that Harrison stepped on him.

Several Chiefs assistants tried to get Harrison off of Edwards–Helaire and Chiefs running backs coach Greg Lewis attempted to shove off the 214-pound safety. Harrison retaliated by shoving the same coach in the neck/face area and knocked off his headset.

Harrison was ejected after referees conferred but initially flagged Lewis for his shove before they changed the call. This is Harrison's second year with the Browns after spending his first two seasons with the Jaguars. Jacksonville drafted him in 2018 and traded him in September 2020. He had one interception and 38 tackles in 2020.

Lewis, a former NFL wide receiver, has been with the Chiefs since 2017 as a wide receivers coach before transitioning to the running backs coach this year.