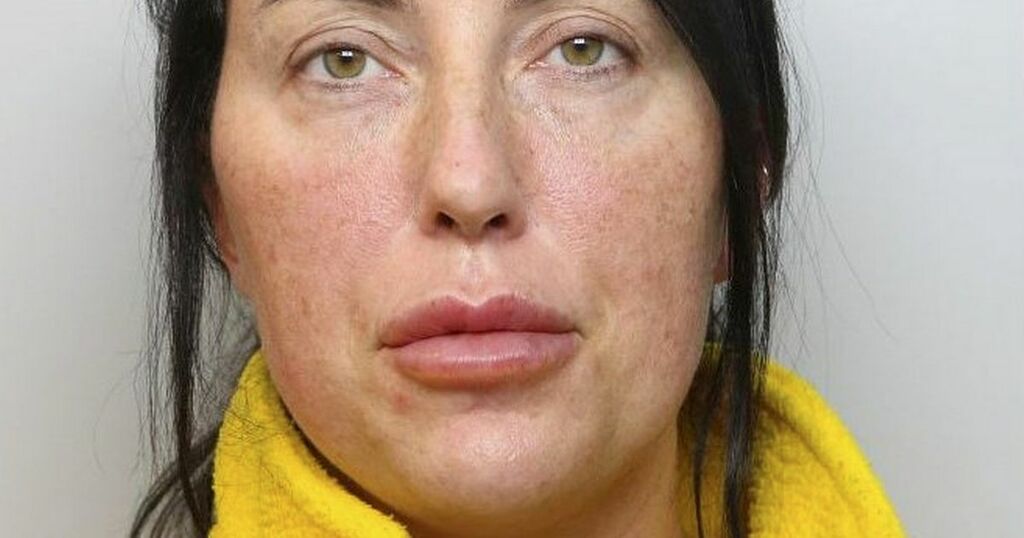 A brother and sister held hands and wept in court as a judge jailed them for 10 years for selling cocaine to fund their lavish lifestyle.

Louise Vanstone, 35 and brother Dylan Vanstone, 27, were part of a four-man dealing operation and supplied large amounts of cocaine from their homes in Kettering and Burton Latimer, Northamptonshire.

Jurors were showed text messages from Dylan asking to buy a kilo of cocaine for £42,000 from one of his associates on the day of his arrest.

Dylan was pulled over in his Mercedes in July last year, where cops found a baton, cannabis, and over £1,000 in cash, Northamptonshire Crown Court heard on Friday..

Officers also found golf clubs, a baseball bat and a machete in a search of his home some months later in December.

HMRC launched an investigation which showed he'd paid less than £1,000 in tax, but was still cash-rich and able to fund lavish holidays abroad.

In the December search cops found £9,990 in cash stashed on his sofa, watches worth over £75,000, designer clothing, jewellery, and 21-and-a-half grams of cocaine and cannabis tucked away in two bags.

Louise's home, in Kettering, was searched and cops found 650 grams of 85 per cent pure cocaine in a safe paired with £4,000 cash and drug bags.

She was her brother's administrator, who dealt the cocaine, wired him cash, and put him on a flight to Amsterdam, the court heard.

Her brother sent her £9,000 in a bank transfer, which she claimed was sent to help with costs of childcare for her three kids.

A text message between the siblings read: "Sis, will you drop to me please?"

Co-defendants Sebastian Wala, 37, and Gareth Conybeare, 27, were also jailed for their part in the illicit business at court today.

Wala agreed to supply Dylan with a kilo of cocaine for £42,000, jurors heard.

Phone evidence points to Wala being directly involved in buying the drugs from importers who smuggled cocaine on lorries.

In his home, police found 612g of amphetamine that someone had tried to flush down the toilet.

There were also scales, vacuum seal bags, £2,600 in cash, a machete, a gas-powered pistol, flares, incapacitating spray, designer watches, stashed at various places in the property.

A later search found iPhones, bank cards, syringes, saline, and a statement from a Brazilian bank.

He told the dealer: "(The evidence) indicated you were living well in excess of your limited earnings.

"Phone evidence indicated you were engaging in significant drug dealing that led police to your sister's house.

"You had your own, successful business supplying class-A drugs. It was a significant business."

Louise Vanstone held her brother's hand and wept as she was jailed for four-and-a-half years for conspiracy to supply class-A drugs and for possessing criminal property.

Judge Herbert told her: "Self-dealing drug bags indicated you were also selling cocaine as well as working on behalf of your brother.

"You were also supplying drugs to people sent to you by your brother.

"You performed a significant role in your brother's business. You must have been aware of the general extent of his drug dealing.

Judge Herbert told him: "There were messages passing between you and Mr Vanstone that refer to him getting 'one' for 42k which, by inference, is a discussion for a kilogram of high purity cocaine which was about to be delivered.

"Dylan had the money and you, Wala, were about to deliver that to him.

"You were a man who was capable of supplying a kilo of high purity cocaine, something you were in the final stages of processing on December 29 when Mr Vanstone was arrested.

"It's clear you are well-connected. That kilo was not a one-off. Text messages show you'd supplied a wholesale amount on a previous occasion."

Conybeare was jailed for three-and-a-half years on Friday after admitting admitted conspiracy to supply class-A drugs and supplying cannabis.