BROS BEFORE VOTES: Frydenberg Says He Had The Chance To Challenge Morrison But Didn’t Take It

By Michael Di Iorio
Josh FrydenbergScott MorrisonFiona Martin
Ahh the former members of the Liberal party, messy binches, the lot of ’em. They love bringing about chaos, spilling tea and being absolutely drama-obsessed goblins. Former Treasurer Josh Frydenberg is no exception to this either, revealing that there was a secret little plot to get him to challenge Scott Morrison
News.com.au Monique Ryan Dr Fiona Martin Sally Sitou

The post BROS BEFORE VOTES: Frydenberg Says He Had The Chance To Challenge Morrison But Didn’t Take It appeared first on PEDESTRIAN.TV .

that he didn’t get involved with. In revealing this little plan to , Frydenberg probably thought it would make him look like the most loyal man to ever breathe. However, it’s kind of like somebody coming up to you and saying “I could be talking shit about you right now but I’m not! Aren’t I a great friend?” “I was approached by some colleagues late last year, but I quickly made it clear a challenge was not on,’’ he told them. Sure Frydenberg is a little more likeable than Morrison but only marginally. It’s like picking between drinking a tall glass of pure oysters or a tall glass of chicken livers. News.com.au reported that a bunch of Liberal MPs shared whispers with them, claiming Frydenberg was “loyal to a fault.” Clearly, he thought not dogging his mate was more admirable than challenging, even at the cost of his entire party. Personally, if it meant Scott Morrison lost, then I reckon he made the right choice, bless. In case you missed it, Frydenberg recently lost his seat of Kooyong to Independent . Frydo (Frydenburger? Joshy?) is reported to have burnt approximately $1 million on his losing campaign. I could have taken that money and bought a house for my friends and I. News.com.au spoke to former Liberal MP who claims to have been one of the girlies that approached Frydenberg, asking him to challenge Morrison for leadership. “I just wanted to ensure that our party could win at the next election. I thought that Josh Frydenberg was a natural leader and the next leader of the party,” she said. “I am a moderate. I thought we should be leading from the centre. “He’s very charismatic. He was an excellent Treasurer. He has so much talent there and it’s a great loss to our country to see him go and I hope, I really hope he comes back one day.” Dr Fiona Martin lost the seat of Reid to Labor’s . Get well soon, queen.
Sign up to read this article 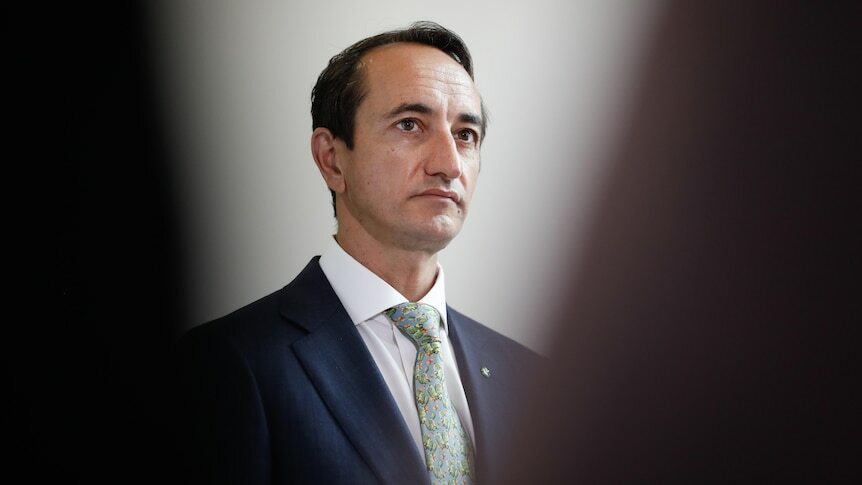 ABC News
One subscription that gives you access to news from hundreds of sites
Dutton to be elected unopposed: Andrews

Former defence minister Peter Dutton will be elected Liberals leader unopposed as no one else has nominated, says former home…