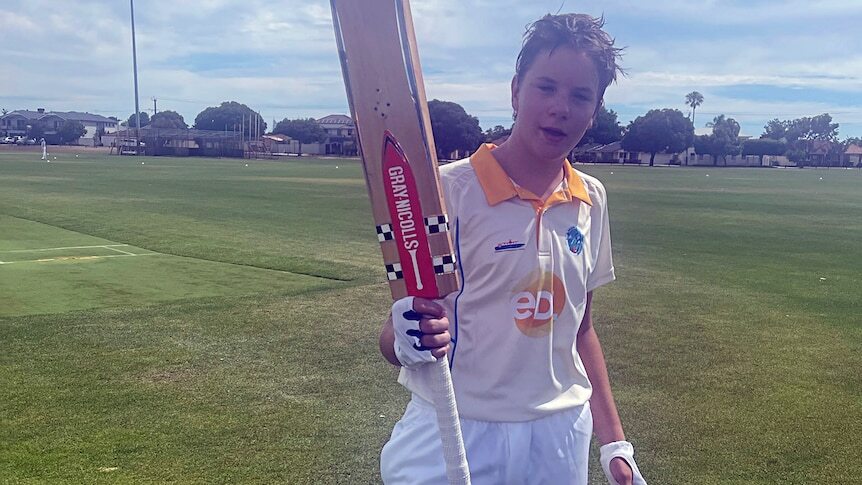 When a 12-year-old Ricky Ponting hit four centuries in a week during a junior cricket competition in the mid-1980s in Tasmania, it kickstarted one of Australia's most celebrated cricket careers.

Fast forward to 2022 and a cricketer from WA's north is racking up similar numbers at the state's annual Country Week tournament.

Over the course of the competition, 14-year-old Lachy Famlonga scored 476 runs at an average of 95 to help drive the Broome Under 14s to their second competition win in as many seasons.

Speaking after his knock of 32 in Broome's 62-run grand final win over Esperance, Lachy insisted any comparison with Ponting was a little premature.

"The highlight has definitely been the way our team has played, the way we've just stuck together all week, kept it going as a team and come away with a couple of wins."

The right-hander — who nominates WA veteran Shaun Marsh as his favourite player — was at pains to credit his teammates for his imposing performance throughout the competition.

He began the tournament with an unbeaten double-century against Upper Great Southern, belting 216 runs from 169 balls with 33 boundaries.

The knock helped Broome set a massive target of 431 before scuttling the opposition for 47.

Another century against West Pilbara followed, bringing Lachy's batting average to 326 for the tournament.

He fell short of a third-straight century, falling for 97 against Esperance.

Held since 1907, Country Week gives the chance for talented juniors from right across regional WA to get together and compete.

While the competition is key, the social side of things is also important.

"It's that time of year where they can go away with their best mates as a team and play against other associations and play against the best of the best across country cricket," WACA North-West cricket manager Chris Secker said.

While there's plenty of junior talent on display, Lachy's performances stood out.

"His score alone was bigger than most of the team scores, so it was an amazing effort from the young guy," Broome Junior Cricket Association president Lynton Phillipson said.

"It's a massive score even for Country Week."

Secker said Lachy had a promising future ahead of him.

"He hits it pretty well all around the ground, gets in good positions and takes the game on when he needs to," he said.

"[He] reads the game really well."

But the chance to travel, play and compete with his mates remains the number one factor for Lachy.

"Once it's on the field, everyone's mates and we all love each other."