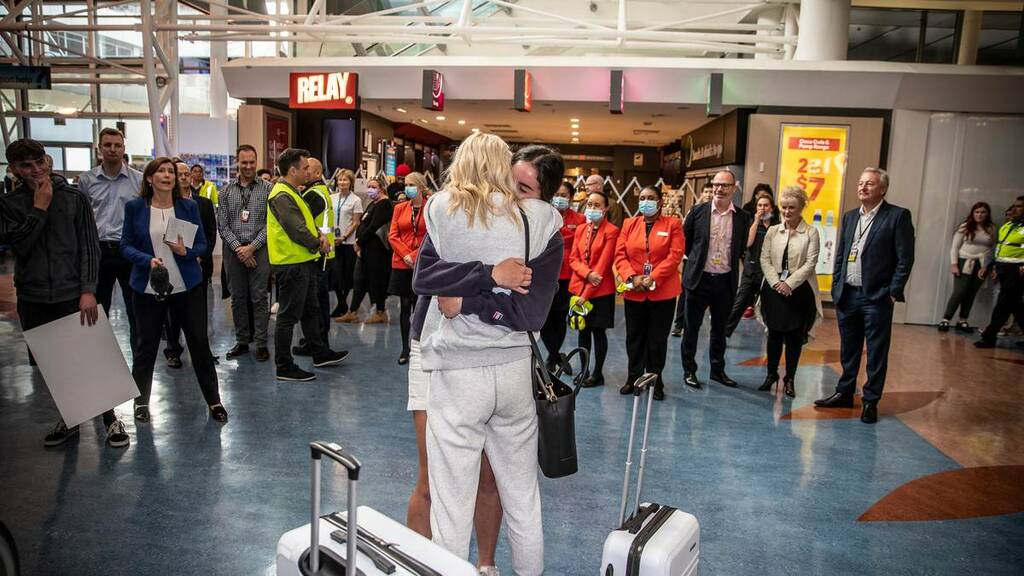 Since we locked down last year and closed our borders, I've received countless messages from New Zealanders stuck abroad wanting to know when they can come home and what the future will hold.

There are too many painful stories and examples of heartbreak.

Fathers have missed the births of their children. They've missed feeling tiny fingers wrap around their thumbs, placing delicate kisses on foreheads, and being able to support their partners through the long nights. Children haven't been able to provide comfort to their parent in their last days or months or be close to family as they mourn and come to terms with the loss.

I've heard from many Kiwis who left New Zealand feeling the pull to help a family member overseas through a terminal illness, grief, pregnancy, or mental health challenge.

One woman told me she left New Zealand to support her brother following the death of her father in the UK. It was only supposed to be for a short time, but she's now been stuck overseas for 13 months, away from her two daughters, trying her best to help them with schoolwork over the phone and missing them like crazy. She now sees a doctor for anxiety and insomnia.

To those unsure when they'll be able to return, it feels like their country has abandoned them. It's cruel to be denied entry back into your own country.

Young Kiwis running down the clock on their work visas are wondering whether they should apply for a visa in another country and stay away longer. Some have told me they are already in limbo in third countries unable to work and churning through savings.

At the next MIQ lottery draw, will they finally be one of the lucky ones able to nab a spot and come home to taste the fresh air of New Zealand?

There's so much uncertainty and stress.

To make matters worse, there's no longer any logic behind capping the number of people that can return to New Zealand by issuing MIQ room vouchers.

That's because every returnee to New Zealand is double-vaccinated and has returned a negative pre-departure test. In many cases, they're also coming from countries reporting lower case rates per day than in Auckland.

The rules, however, don't reflect that.

We're now in a situation where people who are Covid-positive can self-isolate at home and the Government is promising Aucklanders that they'll be able to move around the rest of the country to spend time with their friends and family over Christmas or at the bach.

It's a clear double standard. The Government isn't expected to change the rules to allow those overseas to be able to self-isolate rather than going into the draw for an MIQ spot until the end of March 2022.

That doesn't make any sense.

It's as if overseas New Zealanders stuck abroad are being treated as an afterthought at best, and as second-class citizens at worst.

Act has said for months that we should allow fully vaccinated people who have had a negative pre-departure test the ability to come back through the border and self-isolate.

Jacinda Ardern doesn't even bother mentioning the international border or overseas New Zealanders in her long-winded broadcasts anymore. It just doesn't suit her narrative. She knows this is not kind.

The Government should do the right thing and let New Zealanders come back home and self-isolate now.

This is a Government that hates to back down but Ardern said on election night she would govern for all New Zealanders - that should include Kiwis offshore.

We should let the woman who hasn't seen her daughters for 13 months be able to kiss and hug them for Christmas.

It's time to let Kiwis come home and families be reunited.