Brisbane captain Adam Reynolds can only hope the symptoms from his side's record mauling don't linger after a Melbourne NRL belting thrust their finals hopes into legitimate peril.

The Broncos' 60-12 loss was their largest to Melbourne and a 12th straight against Craig Bellamy's men, who have themselves shot back into title contention ahead of the penultimate round.

Kevin Walters had harboured hopes of a top-four finish for Brisbane, who went on a seven-game winning streak earlier this season to blow away memories of two seasons at or near the foot of the ladder.

They could well end the weekend in eighth, with ninth-placed Canberra able to move within a win if they defeat beleaguered Newcastle on Sunday.

For-and-against is suddenly an issue for Brisbane, whose 100-point advantage over the Raiders was almost cut in half thanks to Friday night's historic loss.

The Raiders' run home is completed by games against lower-ranked sides Manly and Wests, while Brisbane face Parramatta and then St George Illawarra.

Coach Walters put on his bravest face after the game, insisting he still has "a lot of faith" despite being taught a lesson.

But his captain knows next week's home game against the Eels will be telling.

"We've got to respond and I'm sure we will," Reynolds said.

"Next week will tell (how badly Friday's loss hurt them).

"It's a shitty feeling sitting in the dressing room ... I'm certainly hungry to turn things around and get our season back where it should be."

It was just the second time Brisbane have conceded 60 points and the margin easily ensured Melbourne became only the second team to beat an opponent by at least 10 points in 11-straight games.

It was a third loss from the last four weeks for Brisbane, who could be without influential backrower Kurt Capewell (ankle) next Thursday. 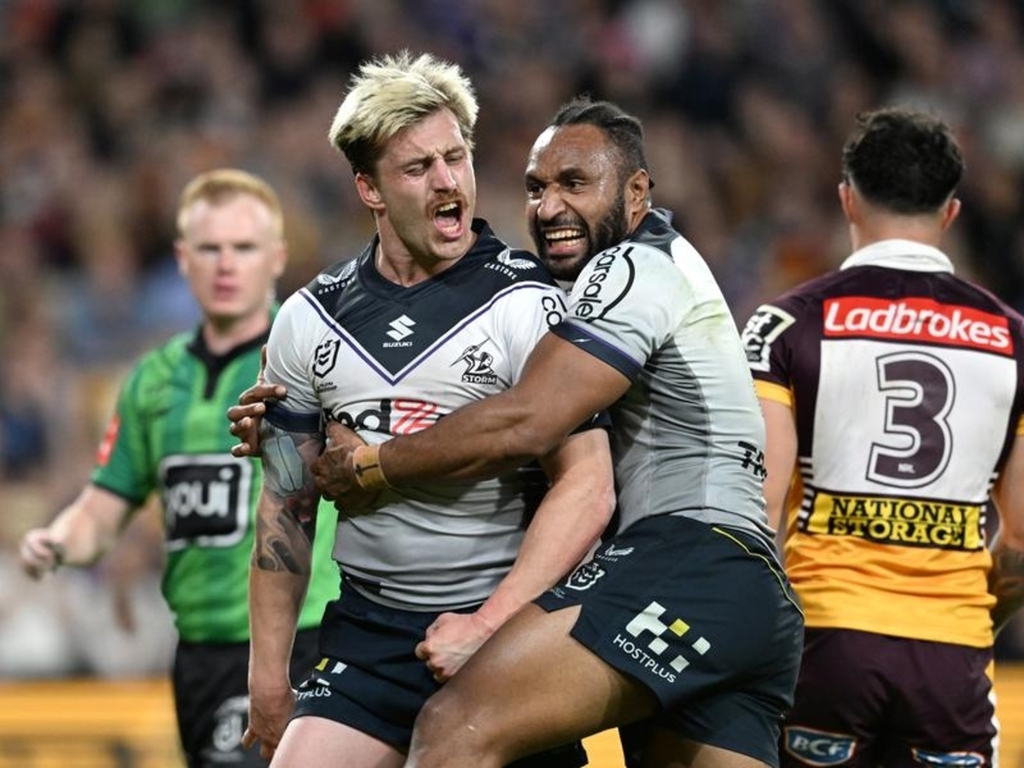 Storm put 60 on Broncos in NRL statement
Melbourne have notched their biggest win over Brisbane, who conceded 60 points for just the second time to leave the…

AAP
From analysis to the latest developments in health, read the most diverse news in one place.
Storm warning after Broncos NRL belting

Cameron Munster's future and form have both camps talking ahead of Friday's NRL clash between Brisbane and Melbourne.

The final make-up of the NRL top four remains something of a mystery, but Melbourne and North Queensland did everything…

ABC News
One place to find news on any topic, from hundreds of sites.
Raiders cling to finals against Knights

Canberra's finals hopes will be over if they can't beat Newcastle on the road on Sunday afternoon.