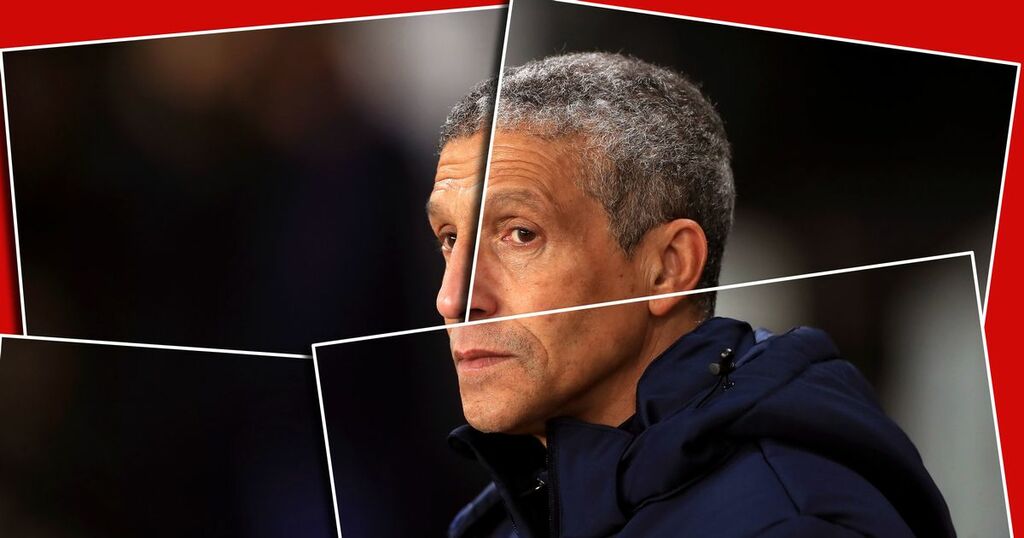 In the late 1970s, Nottingham Forest and Liverpool were the shining lights of English football.

On Merseyside, Bob Paisley was in charge, while on Trentside, Brian Clough was very much in charge.

It had not always felt that way for Paisley. Recently, former Liverpool captain Phil Thompson spoke of how when Paisley became manager he was literally in the shadow of Bill Shankly.

Shankly had resigned after 15 years, but would still be in and around the training ground receiving due deference from the players in the weeks after he left.

There can only be one gaffer. At Nottingham Forest, it has got to the stage where behind the scenes that needs to be Dane Murphy and in the dugout, regrettably, it is hard to see how that can be Chris Hughton.

Forest have now lost six of their seven league games this season, with the one draw coming against Derby, perhaps the only Championship club in a bigger mess right now.

Hughton has been in charge for 11 months and in that time Forest have not moved forward.

That is not all Hughton's fault, but a win ratio of 25 percent is hard to defend. It is the worst record in the club's proud history for those who took charge of at least 10 games.

In what plenty of fans hope will be his final game in charge, against Middlesbrough tonight, Hughton's players were ironically 'ole'd' for a series of passes into midfield and back to goalkeeper Ethan Horvath before it went long.

Hughton seems to have the backing of the players, but there was insufficient quality or inspiration as a number of on paper good players struggled again.

Sacking managers has been a failing of Forest's. However, Hughton has had long enough to play his hand and he's not played it particularly well, but if he's dealt a pair of twos then it's hard to constantly bluff everything is going to be ok.

The truth is it is not all his fault - something he perhaps wants to say in interviews, but being a true gentleman and the ultimate professional, he has not.

He inherited a squad bloated beyond belief. Over the last nine years, Forest have gone to an expensive restaurant in the transfer market and bought what they thought were well aged fillet steaks, only to find they were getting overly aged horse meat in too many cases.

They kept paying those fillet steak prices though and Hughton was left with two many players on good wages who did not deliver.

It was the historical legacy of a nonsensical transfer policy. When the pandemic struck, owner Evangelos Marinakis pumped millions in to keep the club running. There would be no club with Marinakis' benevolence, but he has turned to the wrong people for too long outside of the tremendous academy and community sections. Something had to change.

Murphy was brought in and the good times had to end for new signings and their agents.

Those good times haven't started for fans in the last 10 years. Sabri Lamouchi looked to have cracked it for a while, but that fell apart.

Now the results have collapsed and Forest need 49 points from 38 games potentially just to stay up.

They are now embarking on another period of transition where the squad has plenty of potential, plenty of academy talent in the wings, but results are needed now.

Too much business was done at the last minute in the transfer window and a striker was not signed, but nonetheless this squad is much better than the results.

Broken down into constituent parts they can have a good goalkeeper, a strong back four, a solid midfield two and young, vibrant attackers.

Getting the best of them has eluded Hughton despite his excellent reputation and record in the Championship. Perhaps someone else would fair better. Sadly, perhaps not.

If the club are going to stick with Hughton then they must now explain to fans why. Whoever the manager, or head coach, is, that someone must share Murphy's vision.

If that is not Hughton then fine. There is no point staying in an unhappy marriage. If that is a foreign head coach no one locally has heard of then fine, so long as they can develop players, win games and, frankly, entertain the crowd. No easy task.

The new chief executive spoke of everyone aiming for a true north when he arrived. Forest can't have people yanking on the southern end of the compass behind the scenes or they will be relegated.

Everyone remembers the dark days of League One, but it says something that perhaps the best moment supporting Forest this century was a last day victory against Yeovil Town to win promotion back to the second tier.

The Premier League is the dream, but it is a million miles away now. It's time to see if Murphy and his team can at least plot the right course towards it in the next few years.