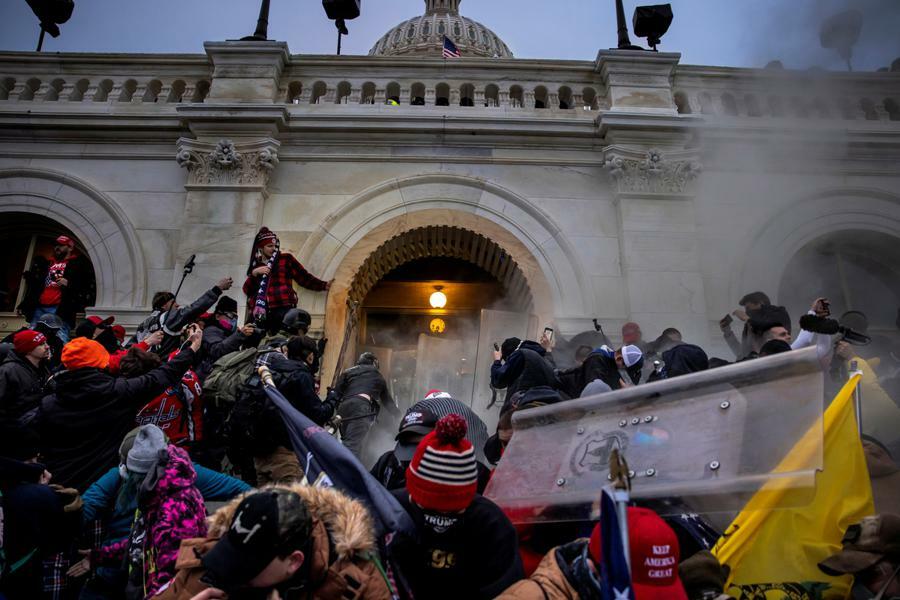 Broadway actor James Beeks, who starred in productions of Kinky Boots and Ragtime, and most recently appeared in the Jesus Christ Superstar 50th Anniversary Tour, was arrested in Milwaukee on charges relating to the Jan. 6 riot at the Capitol and has been suspended from his role in his show.

Beeks, 49, was charged with felony and misdemeanor charges of obstruction of Congress and unlawfully entering a restricted building.

The Department of Justice said Beeks was a part of a group called the Oath Keepers, who marched up the Capitol steps and “forcibly entered” the Capitol building, and he was also a part of the “mob of people,” some of whom “attacked law enforcement.”

Beeks was identified by investigators due to the “Michael Jackson ‘BAD’ world tour jacket” he was wearing while entering the Capitol; Beeks says he performs as a Michael Jackson impersonator on his social media.

Beeks was arrested Tuesday in Milwaukee, where the Jesus Christ Superstar tour was set to perform a series of shows this week.

Jesus Christ Superstar tour producers told Variety that Beeks has been “suspended” from performing as Judas in the production “pending the outcome of the hearing,” and he is no longer mentioned on the production’s website.

The organization that Beeks was allegedly a part of, the Oath Keepers, along with Proud Boys International, LLC, were subpoenaed by the House Committee investigating the January 6 riot on Tuesday. The committee requested the organizations turn over documents related to the Capitol incident. The leaders of each group, Henry “Enrique” Tarrio of the Proud Boys and Elmer Stewart Rhodes of Oath Keepers, were also subpoenaed to appear for depositions. According to the Washington Post, nearly 20 people associated with the Oath Keepers have faced charges related to January 6. More than 650 people have been charged with a crime related to the riot and at least a dozen people have been sentenced to prison so far.

Beeks isn’t the only actor who has been arrested with charges related to the January 6 Capitol riot. Michael Aaron Carico, who has had roles in movies like Alienated, In Full Bloom and The Glades was also arrested for charges tied with breaching the Capitol. Actor Luke Coffee, who appeared in Friday Night Lights, was charged with assaulting an officer with a dangerous weapon during the January 6 Capitol riot.