Broadcast industry must stick together to survive 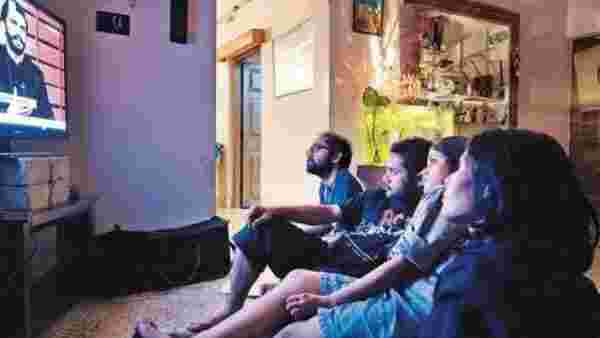 Unanimity has never been the strong point of India’s media and entertainment sector, especially, broadcasting. The differences between members of news channels representative body News Broadcasters Association (NBA), leading to the formation of a splinter group, News Broadcasters Federation, is only one such example.

But last three years’ bickering between TV channel owners and distribution platform owners (DPOs), triggered by the New Tariff Order (NTO) introduced by the Telecom Regulatory Authority of India (Trai), has hurt the industry the most.

When Trai first implemented NTO in 2019, it upended the TV industry business model based on bundling of channels. The NTO forced TV networks to price their channels individually and offer them a-la-carte to consumers to bring down cable subscription costs. But broadcasters priced their popular channels at ₹19 and less popular ones at lower prices, bundled and offered them at steep discounts. So NTO failed to achieve the desired results and cable bills went up, prompting Trai to amend its earlier order. It changed the price cap on channels forcing broadcasters to lower their channel rate.

The IBF challenged the amendments, saying it infringed upon broadcasters’ rights to do business freely. Since the matter is stuck in courts, the broadcast industry claims it has stagnated in the last three years, unable to plan expansions.

The dispute comes at a time when linear TV as well as cable and direct-to-home platforms (DTH) distribution systems are under serious threat from the rise of over-the-top (OTT) video services such as Amazon Prime Video, Netflix, and Disney Hotstar. Viewers are slowly cord cutting and getting rid of cable and DTH subscriptions in favour of OTT content.

Data from a recent Trai report shows a drop of almost one million active pay subscribers of DTH in the September quarter of 2021. The report said the cable TV industry too lost nearly half a million active subscribers in the quarter.

Streaming services, which are grabbing eyeballs, are in “scaling stage with strong subscription growth and increase investment in premium and original content", said a December report by CII and Boston Consulting Group. It said there’s been only marginal growth of about 2% in pay TV between 2019 and 2022.

While data paints a grim picture, there’s still hope. For starters, time spent on video consumption increased, from 1.8 hours per day per user in 2018 to 2.9-3.2 in 2021 for digital and video platforms. For television, the same has increased from 3.6 to 4.3-4.5 hours, the CII-BCG report said.

Besides, the Broadcast Audience Research Council (BARC) India study released in April 2021, said there were 300 million homes with approximately 210 million homes having access to television. “Clearly, there is scope for another 90 million television homes for the sector to grow," said media specialist Ashok Mansukhani.

He disagreed that broadcasters have stagnated owing to the NTO 2.0 row. On the contrary, since they have been following NTO 1.0, their subscription revenues have increased, he argued. (NTO 2.0 is supposed to kick in from 1 April). But he agreed to the mounting challenges faced by TV and legacy distribution media. “Linear TV has to reinvent itself. Cable and DTH has to reimagine business. Besides traditional TV, it must offer high-speed broadband/OTT services or even cyber and home security on a single bill to retain its customer base," he said.

Above all, the stakeholders must sit across the table with Trai to resolve the issues. “They need to work together to deepen the market rather than resort to legal battles and see their market shares erode," Mansukhani said. A broadcast industry executive agreed: “If stakeholders continue to fight, the industry will last only 10 years. If they work together, it may survive 30."