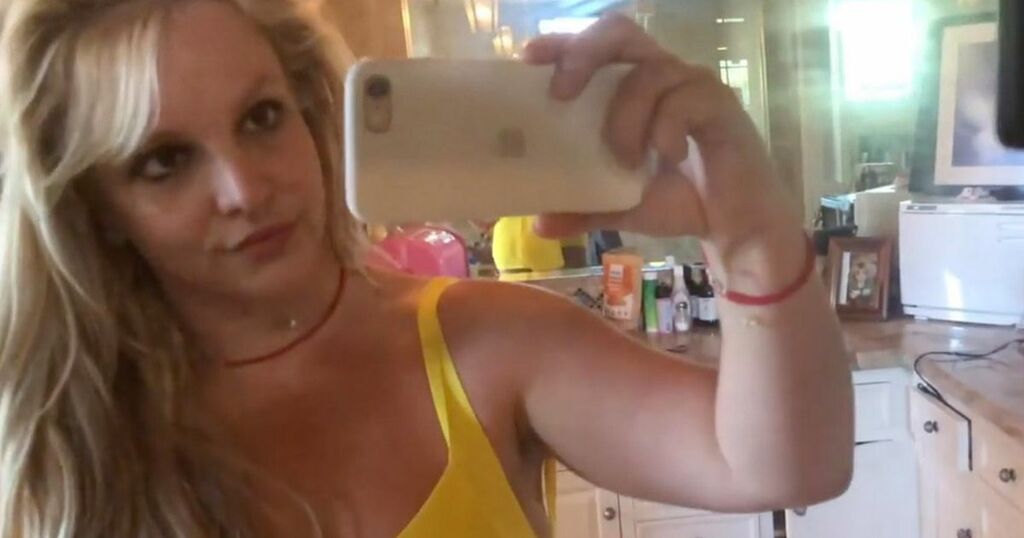 Britney Spears had a huge grin on her face after a huge step in her quest to end her conservatorship.

The Baby One More Time singer took to her Instagram Stories on Wednesday morning to post two videos of herself posing in a skimpy yellow dress.

Her happiness was clear to see as she filmed herself in a mirror at her home.

The videos came just hours after her dad Jamie Spears filed to end the conservatorship she's lived under for 13 years.

Earlier this summer, Britney gave a harrowing testimony about her years under the conservatorship as she asked a judge to remove Jamie from the order.

Britney had a grin on her face as she shot the video on Wednesday.

She stood in her kitchen and moved her phone around to give different angles of her dress.

The popstar teamed the frock with a pair of sky high peep toe grey heels and wore her blonde locks in loose curls.

"Here's me in my yellow dress!!!!" she captioned the video, adding star, dress and yellow love heart emojis.

Her joyful post comes after her father Jamie filed a petition to Los Angeles Superior Court which states that his daughter "is entitled to have this Court now seriously consider whether this conservatorship is no longer required."

Jamie has been in control of the singer's $60 million estate for more than 13 years.

NBC reports that the filing also says that Britney's circumstances have changed "to such an extent that grounds for establishment of a conservatorship may no longer exist."

Fans have long been campaigning to end the conservatorship in the Free Britney movement.

It comes after Jamie agreed to step down from his role last month, saying he would do so "when the time is right".

Back in June, Britney made a series of shocking claims about her life under the conservatorship.

She said she had been forced to use contraception and stopped from getting married again or having any more children.

Britney said she had been forced to perform against her will and compared herself to a sex trafficking victim.

She confessed she wanted to sue her entire family, and said her dad and everyone else involved in the conservatorship should be in jail.

Jamie has strenuously denied doing anything untoward during his control over Britney's affairs.