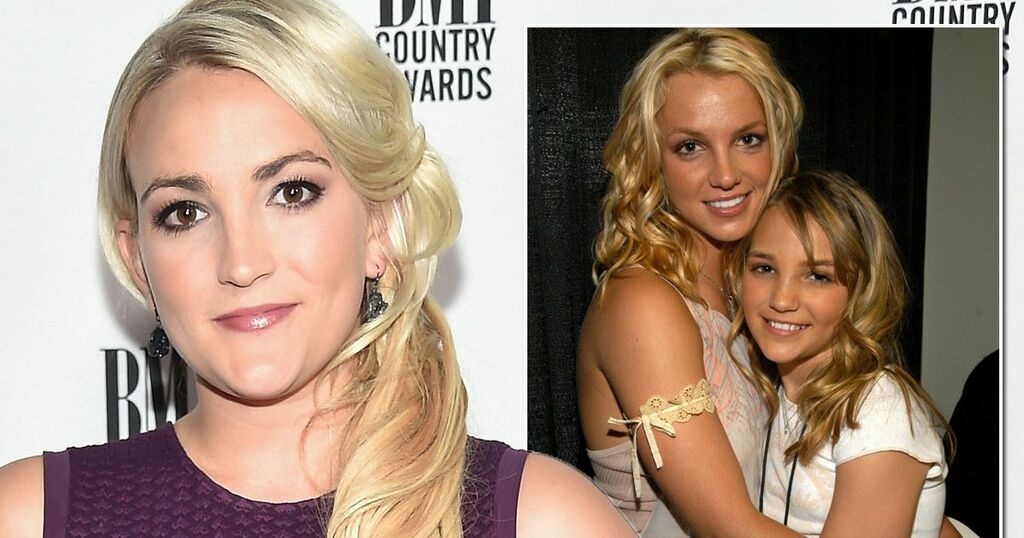 Britney Spears sister Jamie Lynn is releasing a tell-all autobiography after her pop star sister hit out at her family for "failing" her.

Jamie Lynn Spears announced the release of her biography 'Things I Should Have Said' which will see her open up about her struggles with mental health.

It comes after Britney appeared to call out her sister for not helping her throughout her struggles as she fought the conservatorship, controlled by their father, which she has lived under for the last 13 years.

Jamie Lynn shared the cover of the book and revealed that a portion of the profits will go to This Is My Brave, a non-profit organisation that helps people break the stigma about mental illness.

In the cover image, Jamie Lynn sports a white jumpsuit as she stares moodily down the camera lens.

She wrote: "I can’t believe I finally finished writing my book!!! 'THINGS I SHOULD HAVE SAID' has been in the works for quite a longggg time now.

"Back In 2017, after Maddie's life changing accident, I felt a strong conviction to share my story, but there was a lot of personal work and healing that had to happen before I could share my truth the proper way.

"I've spent my whole life believing that I had to pretend to be perfect, even when I wasn't, so for the first time I am opening up about my own mental health, because this process challenged me to have to be painfully honest with myself, and face a lot of hard things, that I normally would have just glossed right over, like I was taught to.

"I owe it to myself, my younger self, and to my daughters to be an example that you should never edit yourself or your truth to please anyone else.

"I know I still have ALOT of learning to do, but I feel like finishing this book gave me closure on this '30 year long' chapter of my life, and hopefully helps anyone else out there who forgot their worth, lost their voice, or is trying to break an unhealthy cycle in their life.

"Which is why, I'm so happy to announce that a portion of my book proceeds will be going to @thisismybrave, because I know how scary it can be to share personal struggles, especially if you don't feel you have the support or a safe space to do so, and they are doing amazing work to support and encourage people as they bravely share their experiences.

"Last but certainly not least, I want you all to know, YOU matter, YOUR story matters, YOU are enough, and don't ever let this world try to convince you otherwise."

Last week Britney appeared to take aim at Jamie Lynn in an emotional Instagram post for not supporting her as she fought for her freedom for over 13-years.

Britney is finally speaking out after her father, Jamie Spears, was suspended as her main conservator last month.

In her post she shared a moving photograph of two women underwater, as one rushed to help the other.

"This picture is everything to me," Britney captioned it. "It makes me want to cry. She's saving her divine feminine sister.

"I suggest if you have a friend that's been in a house that feels really small for four months, no car, no phone, no door for privacy, and they have to work around 10 hours a day 7 days a week and give tons of blood weekly with never a day off - I strongly suggest you go pick up your friend and get them the hell outta there.

"If you're like my family who says things like 'sorry, you're in a conservatorship' - probably thinking you're different so they can f**k with you.

"Thankfully I found an amazing attorney Mathew Rosengart who has helped change my life."