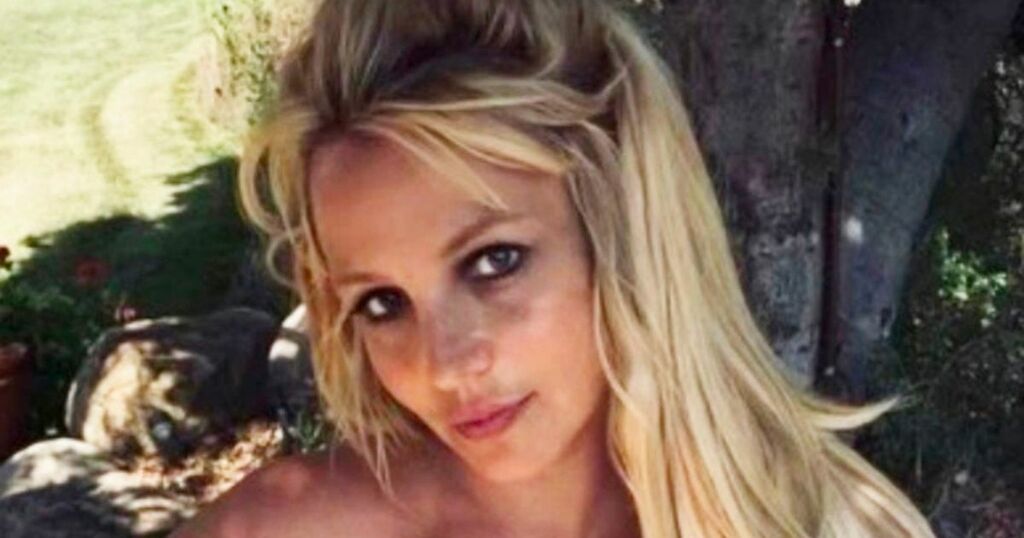 Britney Spears has shared another raunchy post, this time a video of her bare bum.

The Baby One More Time singer, 39, took to her Instagram account on Friday morning to post a picture of herself showing off her bottom in a skimpy black thong.

In the photo's caption, Britney said she wanted to show her fans what her bum looks like without editing or filters.

Her post comes after her father Jamie Spears filed to end her conservatorship completely after agreeing to step down as conservator.

She has been posting a string of jovial photos and videos since then, including topless snaps, but her latest was perhaps the raunchiest of all.

The video started off with Britney standing in what appeared to be her bathroom with her back to the camera.

She was sporting nothing but the tiny knickers and her blonde hair was worn in a high ponytail.

In the first shot, Britney appeared to be holding her breasts with her hands as she wiggled her bum for the camera.

Her next shot was of herself standing in front of the camera as she put her hands on her back.

She'd tied her hair up into a bun and was sporting a silver bracelet on her left wrist.

Britney wiggled her bum again and threw her head back as the clip repeated three times.

The popstar then professed her love for her selfie stick, which she said she uses to create all of the post she does of herself.

She went on: "Psss I shoot myself with a selfie stick and always will... it STAYS UP... it DOESN'T TALK BACK... and it's EXTREMELY RELIABLE!!!"

Earlier this week's Britney's dad Jamie filed to end his daughter's conservatorship which she has lived under for 13 years.

In the petition, which was filed to Los Angeles Superior Court, he states that his daughter "is entitled to have this Court now seriously consider whether this conservatorship is no longer required."

NBC reported that the filing also says that the singer's circumstances have changed "to such an extent that grounds for establishment of a conservatorship may no longer exist".

Britney was placed under the conservatorship - a complex legal arrangement usually reserved for the very old or infirm - in 2008 after she had a series of public breakdowns.

She has long been campaigning for Jamie to be removed from the order, and gave a harrowing testimony in court in June saying he and everyone involved in the conservatorship should be in jail.

The Stronger hitmaker told the judge she refused to return to the stage while her father was conservator.

Jamie's laywer said at the time: "He is sorry to see his daughter suffering and in so much pain. Mr Spears loves his daughter very much."