Britney Spears engagement: Who else has Britney been married to? 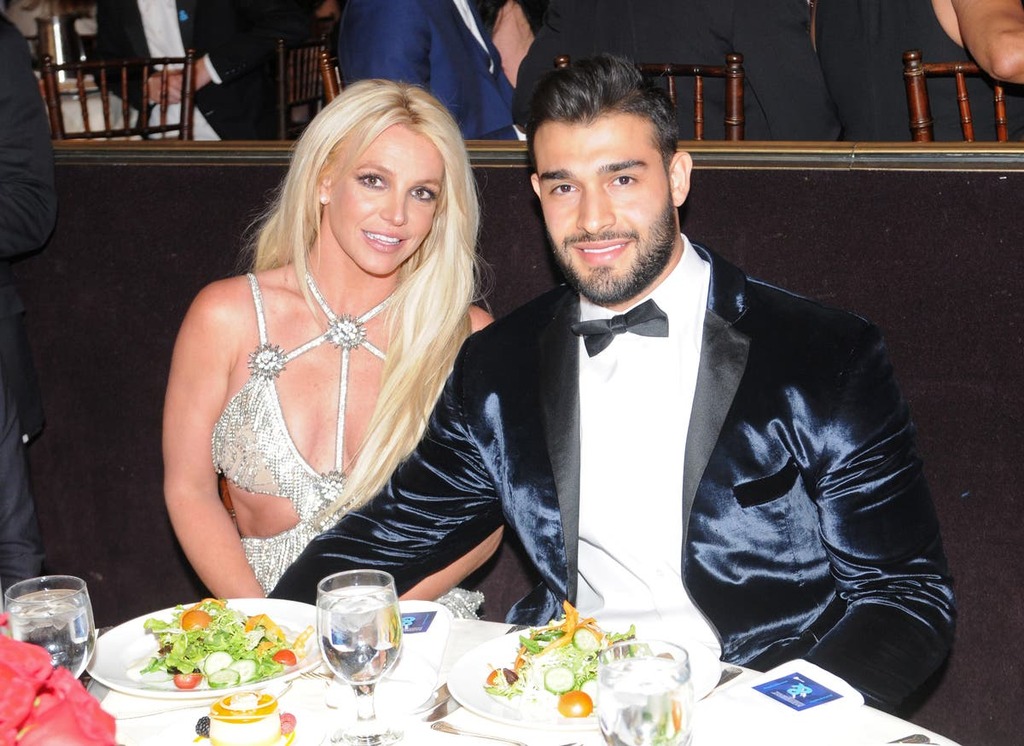 Britney Spears has confirmed her engagement to long-term partner Sam Asghari in a social media post shared on Sunday.

The 39-year-old singer posted a video captioned “I can’t f*cking believe it” in which she can be seen showing off a diamond ring engraved with the word “lionness”.

The “Toxic” star can be seen winking, kissing and smiling at her fiance, answering “yes!” when he asks if she likes the ring.

The post, which has been liked more than two million times, was flooded with celebratory comments, including a message from Oscar-winning actor and author Octavia Spencer which reads “make him sign a prenup”.

The Hidden Figures actor’s comment has been liked more than 24,000 times to date, and even warranted a response from the future Mr Spears who replied with a 100 emoji, indicating that he agreed.

But how prescient is Spencer’s comment? We take a look back at Britney Spears’ previous marriages.

The “Baby One More Time” singer tied the knot with her childhood friend Jason Alexander in a whirlwind marriage that lasted just 55 hours.

According to reports, the couple, who grew up together in Kentwood, Louisiana, had spent New Year’s Eve in Las Vegas partying, where the couple decided to marry after celebrating.

Speaking to NBC after the event, Alexander told Access Hollywood: “It was just so crazy, man.

“We were just looking at each other and said, ‘Let’s do something wild, crazy. Let’s go get married, just for the hell of it.'”

The bride wore a baseball cap and ripped jeans for the ceremony.

Chapel owner Charolette Richards told Rolling Stone: “They weren’t dressed in wedding attire, but it was very romantic and there was a feeling of love between them.

“They appeared to be extremely happy. They were laughing, but crying, too, during the ceremony. I thought it was a marriage that would last forever.”

She added that Spears was “not drunk”.

The marriage was annulled shortly afterwards when “all hell broke loose” in a sequence of events that Alexander has more recently suggested were symptomatic of a heavy-handed approach by those closest to the “Sometimes” star and her affairs.

Speaking on the Toxic: The Britney Spears Story podcast, Alexander said: “They told me if I would sign the contracts - the annulment - they would let me and Britney continue our relationship,” he said.

“And if we felt the same way in six months they would give us a proper marriage.”

Alexander has also indicated that he and Spears were romantically involved while she was still with Justin Timberlake.

Speaking to NBC, Alexander said: “There was an instance when [Britney and I] were hanging out. He [Timberlake] had called, and I was ... kicking it with her, kind of like the guy 'behind the scenes' no one knew about.”

Regarding their New Year’s trip to Las Vegas, he added: “It wasn't really a booty call,” he said.

“It was just, you know, a friend asking a friend to come on a trip.”

In an interview with E! a few months after the event, Spears described it thus: “It was me being silly, being rebellious.”

Later that year, the “Lucky” star tied the knot for a second time with backing dancer Kevin Federline in September 2004.

The couple announced their engagement in July 2004 after just three months together.

Speaking to People in 2008, Federline said: “I met her at a club in Hollywood, Joseph’s.

“Our eyes met and that was it. We just hit it off right away. I learned real fast how much of a whirlwind the press and everything was.”

He added: “I was madly in love with her. Everything just seemed so right. I didn’t see it as too fast or too slow.”

According to reports, the “Womanizer” singer raised the subject of marriage during a flight between Ireland and New York.

“Then all of a sudden I said, 'What if you want to get married?'”, she told People.

“And I kind of went from there to asking him if he would marry me. I asked him... He said no because he thought it wasn't the right way to do it.”

Federline’s family lawyer told E! News that Kevin has 70 per cent custody of the boys, while the “Stronger” star retains 30 per cent of unsupervised visitation rights.

Spears filed for divorce from Federline in November 2006, with all paperwork finalised by July 2007.