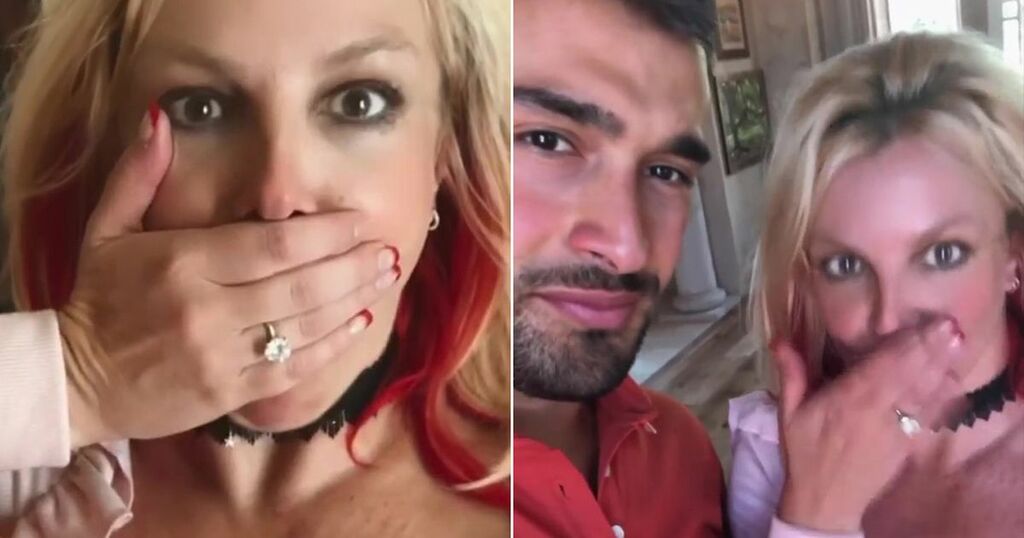 The singer, 39, excitedly took to Instagram on Sunday night to show off her new engagement ring, given to her by boyfriend Sam Asghari, 27.

The pair have been dating since 2016 and were first romantically linked after they met on the set of the singer's Slumber Party music video.

Britney shared a sweet video of her showing off her ring to her 33.9 million Instagram followers alongside the caption: "I can’t f****** believe it," with a host of ring emojis.

She looks shocked and sweetly gives Sam a kiss when he says: "Look at that, do you like it."

The singer wore a dusty pink top and a black choker necklace in the video, with her signature blonde hair having red tips. Sam beamed a smile in an orange polo shirt.


Sam also shared an image on his account of the pair kissing while the singer held her engagement ring finger up to the camera. He uploaded the post shortly after teasing fans he had the "biggest news".

Sam's manager Brandon Cohen also shared a statement saying he is "proud to celebrate and confirm the engagement".

He said: "The couple made their long-standing relationship official today and are deeply touched by the support, dedication and love expressed to them."

"He couldn't be happier to be involved and make this one-of-a-kind ring," Brandon continued.

The singer claimed in June that she was not allowed to marry and was forced onto contraception by the conservatorship.

Sam has been a loyal supporter of the Toxic singer throughout and even donned a Free Britney shirt.

In August, Britney praised her now-fiancé on Instagram for helping her through the "hardest years" of her life.

She wrote in the sweet post: "Not only has this cute a**hole been with me through the hardest years of my life but he happens to be an extremely good cook! Fast & Furious franchise, don't miss out on your next star."

And Sam has been vocal in the past over his stance on the singer and their relationship.

In March, he admitted he was "ready to take the next step".

He told Forbes at the time: "My priorities in life are to remain humble and understand where I came from and where I'm going.